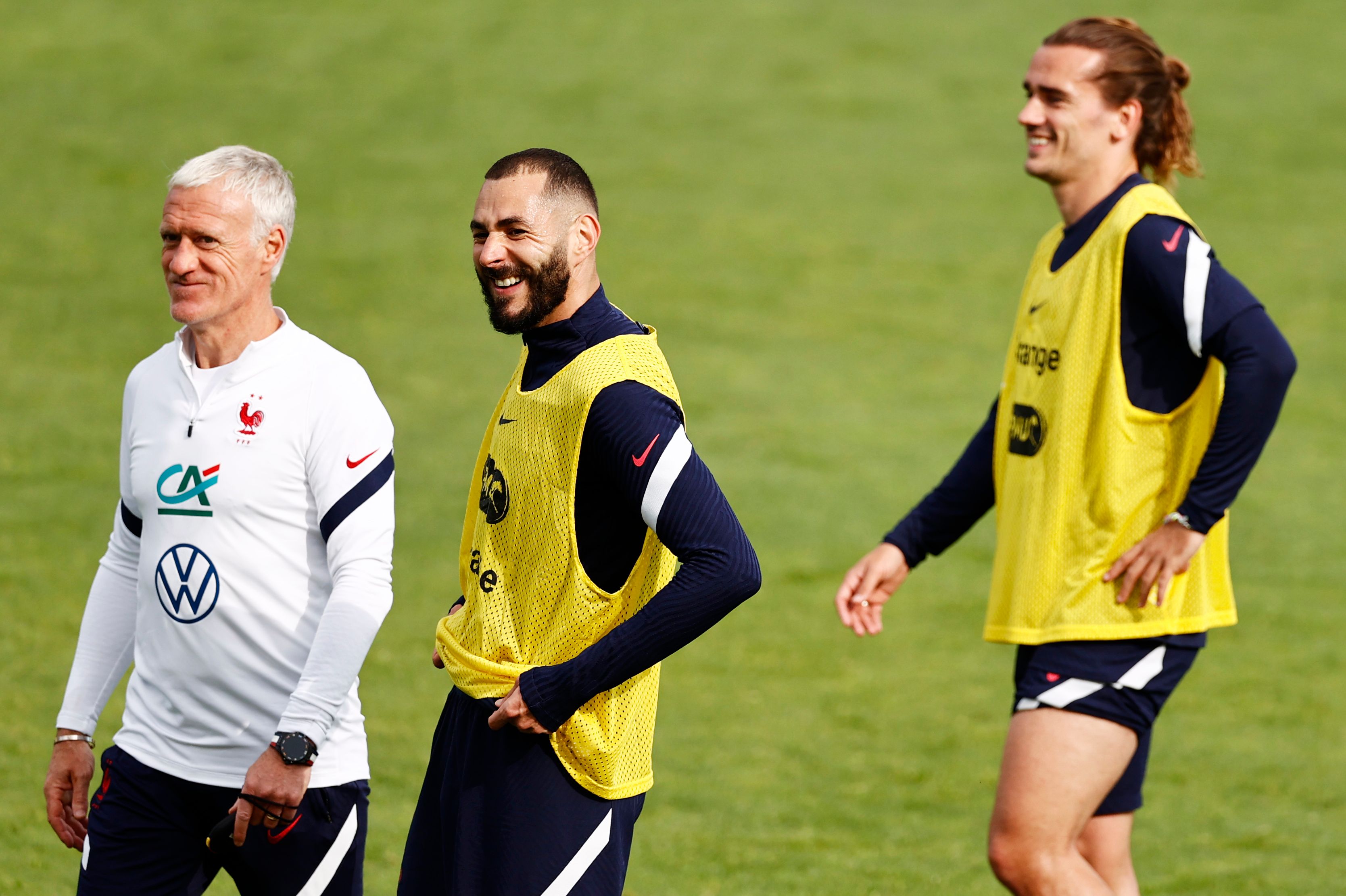 Playing easy is great for soccer and playing comfortable is invoking ruin. A very fine line separates the great from the banal. Karim Benzema crossed that line to leave the area, turn to the wings or position himself in soft areas like ten, and do dazzling things that did not add anything to the plays during his return with the France team in the friendly against Wales, last Wednesday . This is how a technician who advises the French Football Federation (FFF) saw it. The warning points to the great dilemma of the Euro that begins this week. The gear of Madrid’s nine in the world champion team is a high-risk bet: double or nothing.

As majestic as it is innocuous, Benzema’s deployment against Wales (3-0) revealed the character of his return. After five years removed from the selection for his alleged complicity in a case of extortion of a teammate that is pending trial, Benzema has not returned as a meritorious or repentant. At 33, he has returned with a flattering air to vindicate his class and display his leadership among colleagues who look at him with less reverence than curiosity. Griezmann, Mbappé, Tolisso or Pogba, who accompanied him on Wednesday, have just won a World Cup without him.

“He is one more player,” repeated Didier Deschamps. Insistently asked about the new inclusion, the coach tries to avoid saying his name. “We want to integrate it into a scheme where the forwards have a lot of freedom,” he said after the Wales game. “Now we have to discuss the adjustments together.”

At Clairefontaine’s barracks they are persuaded. Benzema was not always a fierce competitor. Until 2016 he was an indolent boy who did not stop eating hamburgers and spent his afternoons lying on a sofa. It was the persuasion of former Madrid coach Zinedine Zidane, of Algerian descent like him, that transformed his hedonistic nature and pushed him to play easy rather than comfortable. He set up a home gym, doubled down on his workouts, watched his diet, and became hyperactive. The question is: will he respond the same with Deschamps?

Deschamps refuses to give the smallest details about the meeting he had with Benzema this winter to rebuild their relationship. But in the environment of the FFF they assure that the player not only did not apologize to the coach but was challenging with him. He chided him for pointing out him in public for a crime that – according to him – he did not commit. Both justified their reunion for the good of the team. They agreed but did not forgive each other. Now in the federative directive there is some concern. First, because the same logic that transformed Benzema into a great competitor at the hand of Zidane, with whom he maintained a brotherly complicity, can turn against the team if he cannot understand Deschamps. Second, due to the reaction of the staff in the event that poor results require raising the collective commitment. Group F, which frames France, expects a debut against Germany on June 15 and a phase-out against Portugal on June 23.

“If Benzema enters the team well, France will play football much better,” say sources close to the FFF, “if the results are not good, there are players like Pogba who have a lot of character and they will not shut up if they perceive that someone let the others run for him ”.

The debate that animates the fans of France is the same that agitates the officials of the federation: if in 2016 and 2018 Deschamps did not find reasons to summon Benzema for the Eurocup and the World Cup, why does he call him now if he has of more footballers than ever, your team runs like clockwork, and won the World Cup without it? The sources consulted in the body that regulates French football point again to Zidane.

Noël Le Graët, the president of the federation, wants Zidane to be the next coach. Deschamps, who has not ruled on whether he will continue in office after the European Championship, knows it. He also knows that if Zidane takes possession of the bench, the first thing he will do is summon Benzema, his fetish player at Madrid. “Deschamps called Benzema to show his altruism and avoid being hurt if, when he is gone, he calls him Zidane”, they point out in the federative environment. “And it is possible that Benzema accepted because he considers that from September the new coach will be Zidane.”

Much has been discussed in France about Deschamps’ competence as a coach. What nobody questions is his great political sense. Deschamps denies it, but in his surroundings they assure that his conversations with his friend Zidane have been constant for years and that, in the course of these contacts, they have spoken at length about Benzema.

The situation takes on a moral prominence when the man Benzema displaces to the bench is Olivier Giroud. The nine Chelsea is the kind of footballer who ends games apologizing to his teammates for all those balls that happened to him and that he did not know how to take advantage of. Aware of his technical limitations, he makes up for them with continued efforts to help defend colleagues whom he reveres. The locker room loves him and Deschamps too. For Deschamps, who won the 1998 World Cup with Givarch – a stake analogous to Giroud who also didn’t score a single goal in the 2018 tournament – this matter is crucial.

Giroud in the antipodes

The center-forwards are classified, according to the range of action, between those who fix their position in the area and those who hover around their area to make plays. FFF advisers recall that in the last five years Deschamps had at his disposal an excellent striker who is the perfect intermediate between the two extremes: André-Pierre Gignac. The former nine of Marseille could officiate the same tank as ten. That before the 2018 World Cup Deschamps discarded Gignac to bet on Giroud, the purest condensation of the unskilled tip when he leaves the area, revealed the true nature of the coach. Deschamps was always a determined disciple of the Gérard Houllier school. In compliance with its precepts, the nine must be a fighter, as dedicated to defending as to serving as the first means of escape to throw all the pumped balls that are necessary when the opponent presses up. No footballer lives more in the antipodes of all that than Benzema.

If against his sensitivity Deschamps manages to establish an order that allows a more dynamic football, if Benzema manages to face the competition with the mentality that characterized him under the command of Zidane, and if his teammates accept his leadership – and the hierarchical degradations that it implies in a consecrated group -, then France could conquer the Eurocup with the same ease that it won the World Cup, also adding the quota of splendor that it lacks.