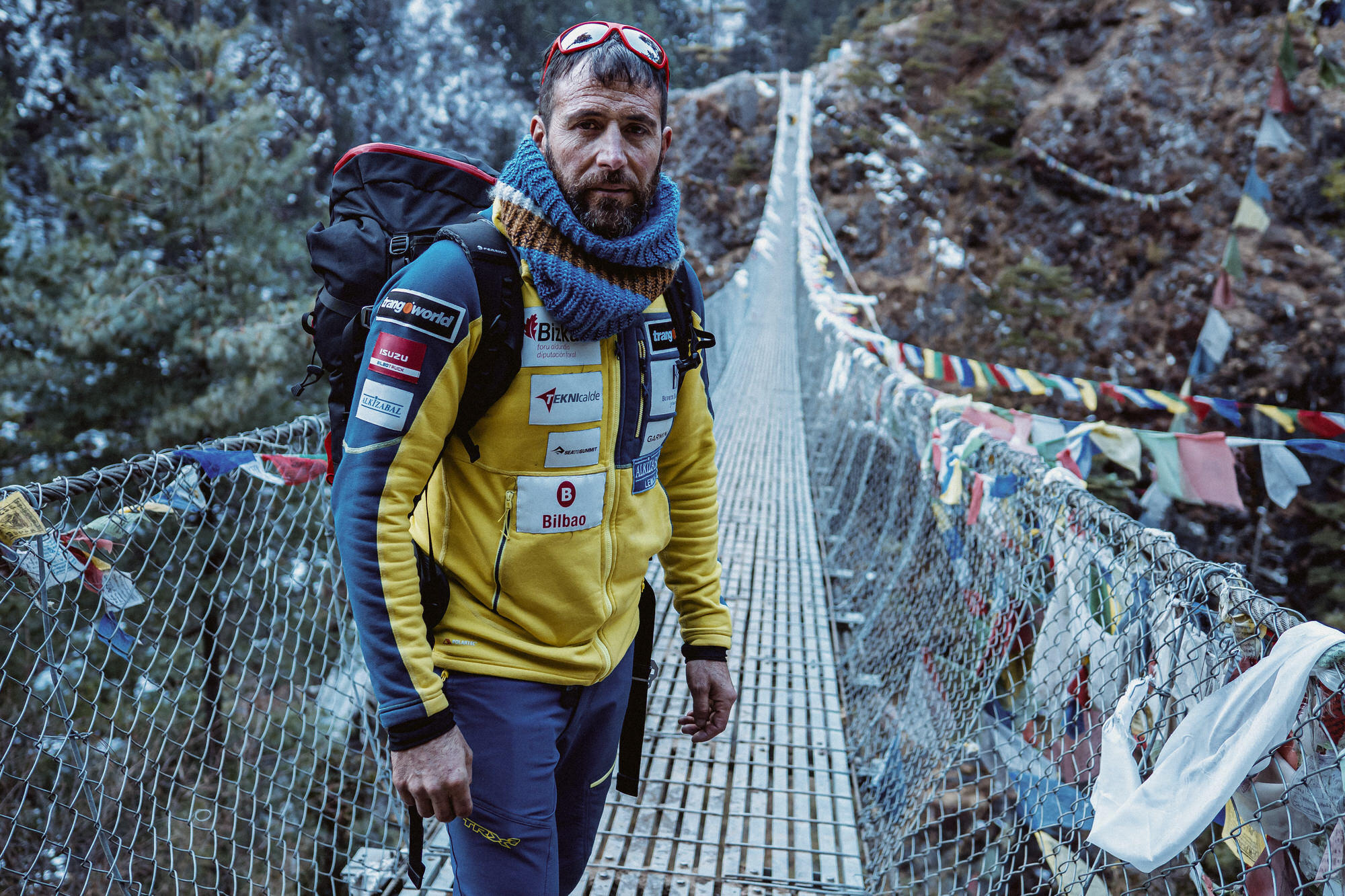 The legendary British mountaineer Doug Scott went out on Monday, but everyone agrees that he lived an extension of 43 years. He had 79 and a brain cancer detected last March. The medical care granted him a serene transition and, perhaps, he had time to remember once more the day he saw himself die. It was on July 13, 1977, shortly after signing the first ascent of the Ogre (or Baintha Brakk), a terrifying 7,285-meter Pakistani mountain, along with the no less iconic Chris Bonington.

Difficult mountains are climbed and escaped only by rappelling: hanging from the ropes. This is how Doug Scott faced the descent of the Ogre, but in the first rappel he slipped, drew a pendulum and his ankles broke against a wall. He was above 7,200 meters, with a storm on his heels, no legs… he knew he was going to die slowly, a psychological torture until the cold froze his consciousness. Then Chris Bonington reached down to reach him and they looked into each other’s eyes: what Scott saw was that, perhaps, he would have a choice to fight for his life. Bonington would help him even if Scott had never dared to ask. Together they began a descent as technical as it was dangerous, at times hanging from the ropes, at times crawling, trying not to get caught, aware of its alienating slowness. Everything got worse when Bonington fell sideways, fracturing two ribs. Scott’s zest for life was portrayed in a photograph taken by Chris Bonington that shows a man on his knees, one that looks like a dog showing its teeth at the storm. Doug’s mother Joyce visited a psychic in her teens: the letters assured that she would marry a uniformed man (she did it to a policeman) and that the eldest of her children would be in great danger at high altitude.

Scott and Bonington spent a week returning to base camp: two foul-smelling specters, disfigured, eaten up by stress and effort so savage he could barely recognize them. They were helped decisively in the final section by two of their companions, Mo Anthoine and Clive Rowland, who did not accept the idea that their friends perished on the mountain. The helicopter that reached the foot of the mountain to transfer them to a hospital crashed after picking them up … without consequences.

Extreme mountaineering is dangerous or it is not mountaineering. Doug Scott was always consistent with this line of thinking, a fact that made him one of the best actors who has known the art of climbing great mountains. In 1975, two years before signing their epic journey on the Ogre, Scott and Dougal Haston signed up for the first ascent of the southwest face of Everest. They reached the top so late that they had to spend the night in the open at 8,760 meters. With his artificial oxygen depleted, Scott suffered severe hallucinations that night: he believed his feet were talking to him and when he took off a boot, perhaps to better understand the conversationHaston took one eye and was horrified to see that it was frozen, a nearly lifeless piece of wood. Then he grabbed Scott’s garrulous foot, opened his feather diver, and thrust the limb into the warmth of his stomach. It turned out miraculous that Scott especially, who wasn’t even wearing a diving suit, came down without a frostbite. From that ghastly night, Scott drew a promise: he would never use artificial oxygen again (in 1975 medicine claimed that humans could not survive on the roof of the planet without using bottled oxygen) and he would always climb mountains lightly. He was one of the true precursors of the alpine style in the Himalayas, the one that dispenses with fixed ropes, bearers and fixed height fields to defend speed, minimalism and commitment.

Doug Scott prematurely lost, in the mountains, the vast majority of the best British talents of his generation, from Nick Estcourt to Alex McIntyre to Joe Tasker and Peter Boardman. Along with the latter two, he completed the best ascent of his prolific career in 1979: a new route that runs along the north ridge of Kangchenjunga (8,586 meters). It was the third ascent of this mountain and the first in which artificial oxygen was not used, but above all it was a conceptual revolution within the reach of a select few.

When his knees said enough, after 45 expeditions, Scott chaired the English Alpine Club and created a charity called Community Action Nepal. He then began a frantic career as a fundraising lecturer. They say that he did not even need to project images of his ascents. It was enough to listen to him to understand what not even the best photographs can explain. His words described a beautiful form of authenticity.