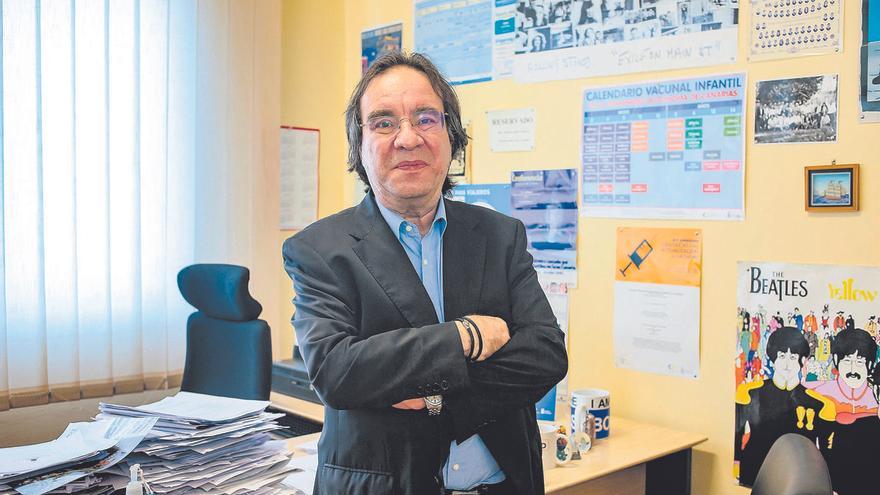 Following the notification of around 40 cases of thrombosis and embolisms (some of them fatal) among people who had received the AstraZeneca vaccine, several European countries, including Spain, decided to temporarily suspend their inoculation. And although, after the green light from the European Medicines Agency (AME), the vaccination plan has been resumed, doubts remain about the safety of the Oxford vaccine.

-The first question is a must: Are there reasons to be concerned about the AstraZeneca vaccine?

-I’m not saying it, the AME says so, the body that has supervised everything related to this vaccine from pe to pa, both in its production phase after which it ruled that it had the appropriate safety and efficacy profiles, and after exhaustively analyze everything related to the more than 17 million doses administered in the United Kingdom and the European Union and the barely forty cases of thromboembolism processes that had appeared Its opinion has been that there is no apparent causal relationship between the vaccine and those processes and that the benefits far outweigh the risks.

-The real refusal to get the vaccine is being very low. For example, in the Canary Islands, the community where I am, the number of people who have decided not to get vaccinated with AstraZeneca reaches 1%. This low figure is still indicative that the public has confidence in scientific discourse and that seems very valuable to me.

-Choosing a vaccine is not possible in Spain. What options do those who reject AstraZeneca’s have?

-The vaccines are not yogurts, they are pharmacological products that have clinical indications and when they are administered in the population they have population indications. They are not yogurts that one can choose the flavor that he likes the most, no, no, no. Each person will receive the one that the healthcare professional has determined is the one that corresponds to them based on their profile and, whoever does not like the product they are going to receive can reject it, vaccination is not mandatory, but that person will go back to the tail and you will probably end up checking that nothing is wrong and you will want to get vaccinated and will be able to do it when it is due.

-Are there better vaccines than others?

-In principle, with different profiles of protection capacity, they work reasonably well with some variants, with others less. But now the discourse has to be that the variables that circulate through our land are clearly preventable with the vaccine and therefore the discourse must be vaccinate, vaccinate, vaccinate and vaccinate. And that, in any case, today, vaccine producers are capable of adapting those we have in a very short time –approximately one month– to the appearance of new variants for which they do not have such a powerful efficacy. This means that we may have to revaccinate each year based on this process.

-What results are you seeing?

-The vaccines are having a tremendously positive effect on the evolution of the disease, we are no longer having cases in nursing homes, where unfortunately the impact of the pandemic has been more terrible. We must continue in this line: continue to protect the vulnerable and consolidate a situation that allows us to create the right terrain so that, little by little, we can say goodbye to this drama once and for all.

Also Read  What is the difference between champagne and sparkling wine

-Should we continue to keep our distance and wear masks even if we are vaccinated?

-It is absolutely necessary to continue to maintain prevention measures because today we know that the vaccine prevents us from getting sick, but we are not sure that it prevents infection and, therefore, I have been vaccinated, I may not get sick but I can become infected and transmit the problem to others . Of course the viral load will be much lower, that is also true. The possibility that I have, being vaccinated, of spreading the disease is much lower than if I were not, but it is still possible.

– Can fatigue lead to relax the alert of the population?

I can’t stop hearing that the light can be seen at the end of the tunnel and it’s true, but I always like to add the following: be careful, because this tunnel has a lot of mileage, there are still many kilometers to go and you have to keep paying attention and the recommendations of the health authorities because if not, we run the risk that that light that we see at the end of the tunnel is that of an express that comes from the front and makes us derail after all the way we have traveled.

-When do you think we can return to normality?

-I wish I could give an answer to that question. I believe that, if all goes well, after this summer and before the end of the year, we would begin to regain something similar to the pace of life we ​​had before the pandemic. But this is not going to be that someone blows a whistle and says well, that’s it. It is going to be a gradual process in which I hope we have learned many things.

-What worries you about the future?

-What worries me the most is that our memory is very weak and we forget too soon aspects that we must bear in mind. I would like us to not forget that the health system can never be subject to economic cuts. When the pandemic broke out, the health system was somewhat weak due to the system of cuts that had been followed since the economic crisis of 2008. The health system must be strengthened, especially the public health and epidemiology structure and primary care, which are components. key. I hope that we have understood that. Another thing that I would like you to learn is that we are in a situation of global warming that favors future pandemics. We have to fight against that and there is also another important element: poverty, which is key in the expansion of communicable problems in an explosive way. Let us fight against poverty and against that unbearable difference that exists between rich and poor countries. If we are not clear on these issues, we will continue to have pandemics.