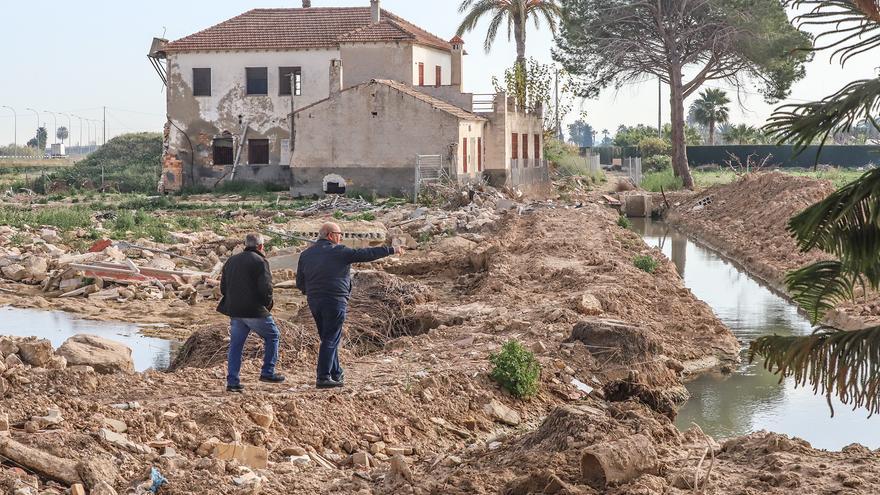 Even without ignoring subsequent details and later consolidation of the theory, in the late 1930s Scherhag described the “Kaltluftropfen”; However, until in Spain the phrase “cold air drop” or, for short, “cold drop” was out of the public domain, almost half a century would elapse: the eighties and, furthermore, the concept arrived denatured, distorted, confused with a abusive, erroneous and inappropriate synonymy, which equates “cold drop” with copious and intense downpour; And this is simply not true: not all “cold drops” cause these hydrometeors, nor, for example, all Mediterranean floods are necessarily caused by this disturbance. For all this, it is more than opportune, the diachrony, even if it is very brief, of the diffusion of the expression “cold drop” in our nation, until it is incorporated, away from its original meaning, into the common language. As has been indicated, this stormy journey lasted fifty years, in very difficult times: it is enough to recall the war situation and then international isolation. In this context, it is to be remembered, as significant, that in the last of the doctoral theses on regional climatology of Spain directed by the Professor H. Lautensach, that of P. Kunow (“Climate of Valencia and the Balearic Islands”, 1950), there is no mention of the “cold drop”. Very late this decade and early sixties, some references are traced in very restricted circles. Two decades later, a “cold drop” with all the aggravating factors originated the huge rivers-rambla Almanzora and Guadalentín, plus the Granada promenade of Albuñol; and, worse still, the deadly exit from the Rambla de Nogalte, with 80 victims in Puerto Lumbreras. After the tragic event (October 19, 1973), the “drop of cold air” had a generalized nature among Spanish meteorologists and climatologists. But it would still take three decades to fully disseminate among the general public, it did so in the eighties, lavish in floods; undoubtedly, for this reason, with the aforementioned and generalized inexact synonymy of copious and intense downpour. It should be noted that more than half of the “cold drops” do not cause significant rainfall in mainland Spain; sometimes, not weak, that is, they are completely lacking.

Faced with this radical alteration of the original concept, two different positions were adopted by specialists: reestablishing the original meaning or replacing the expression with another one of greater scope, less limited, more accessible to the general public. According to the first option. MC Llasat (1987) considered that, to speak of “cold drop” in the proper sense, it was necessary for the atmospheric situation to be consistent with Scherhag’s definition, also requiring, for a more secure verification, the additional requirement of a relative isohypsa or closed isoline on the height or thickness map 1000/500 hPa. In contrast, AEMET preferred to substitute the concept of “drop of cold air” for the broader concept of Isolated Depression at High Levels (DANA), an acronym, immediately lexicalized, which also paid tribute to the late meteorologist Francisco García Dana; that, at the National Institute of Meteorology, had developed research of great interest on mediterranean floods, such as the one entitled “Atmospheric situations causing torrential rains during October 19-21, 1982 in the Spanish Levante” (1982). In truth, it seems convenient and of strict justice, to avoid any future controversy, formally know, with name and surname, the paternity of the acronym; except if the desire or purpose has been and is, from the beginning, another.

Uniquely rainy “cold drop” of October 19, 1973, DANA fed on the surface by the east that, on the southern flank of a large blocking anticyclone, carried very humid and unstable air of Mediterranean origin.

Regarding the relationship between the concepts “Drop of cold air” and DANA, it seems appropriate to make the following clarifications: 1) Both are not synonyms or equivalent expressions: DANA is a concept of greater extension and less understanding than “Cold Drop”; otherwise, all “Cold Drops” are DANAs; not vice versa, all DANAs are not “cold drops”, they are not those that show an accentuated depression on the surface. The acronym DANAs designates a large set of atmospheric situations whose common denominator is the universal and necessary presence of said depression in altitude or closed area of ​​low pressure detached from the west flow. The referred set is made up of subsets, whose elements all possess the indicated general feature; but those of each subset also have another distinctive feature, a certain peculiarity: in the case of “cold drops”, the absence of a marked depression or low on the surface. Thus, “Cold Air Drops”, in their original meaning, constitute one of the subsets of the great set of DANAs. 2) On the other hand, without any reservation, synonyms for DANA are “Bagging of cold air at altitude”, “Cold depression at altitude” or “Low detached at altitude”. 3) The acronym DANA has become very quickly incorporated into everyday speech; Due to its brevity, sonority and, above all, its broad concept, it is particularly suitable as a communication instrument, since it has little room for error. In this sense, everything invites us to think that it will replace, with advantage and speed, in the media the equivocal, frequently, “Cold drop”; so prone, for the reasons mentioned, to transnomination or metonymy.

Necessary and indispensable precaution, in order not to repeat an error, is to bear in mind that the acronym DANA means, without further ado, Isolated Depression at High Levels; Even if it destabilizes the atmosphere and encourages it, it is not synonymous with copious and intense downpours: a DANA without water supply lacks rainfall efficiency. It should not be forgotten that, ultimately, the main responsible for the sporadic Mediterranean floods is the sea itself, which provides the air in contact, through water vapor, with the necessary energy and humidity; led and brought to the “gigantic clouds standing up”, colossal cumulonimbus topped in anvil or pile, by maritime winds; on our coasts, of eastern component, primarily eastern and gregales. The very heavy rains of the 5 of the streams in the Ribera del Júcar (300-400 mm, in less than 24 hours) are a prototypical and unbeatable example of the aforementioned final causality of the Mediterranean in these exorbitant downpours: completely oblivious to the “cold drop” device, the episode was triggered by the frontal system associated with an Atlantic storm; However, the sine qua non premise and essential condition has been the practical saturation of the air on the, more than warm, still warm marine waters; thus acquiring a high specific humidity, which made it extremely unstable, conducive to ascent and, with the reimbursement of a good part of the formidable hygrometric load collected in such an active and intense evaporation process, also prone to tearing the sky and opening of “The falls of the sky”.