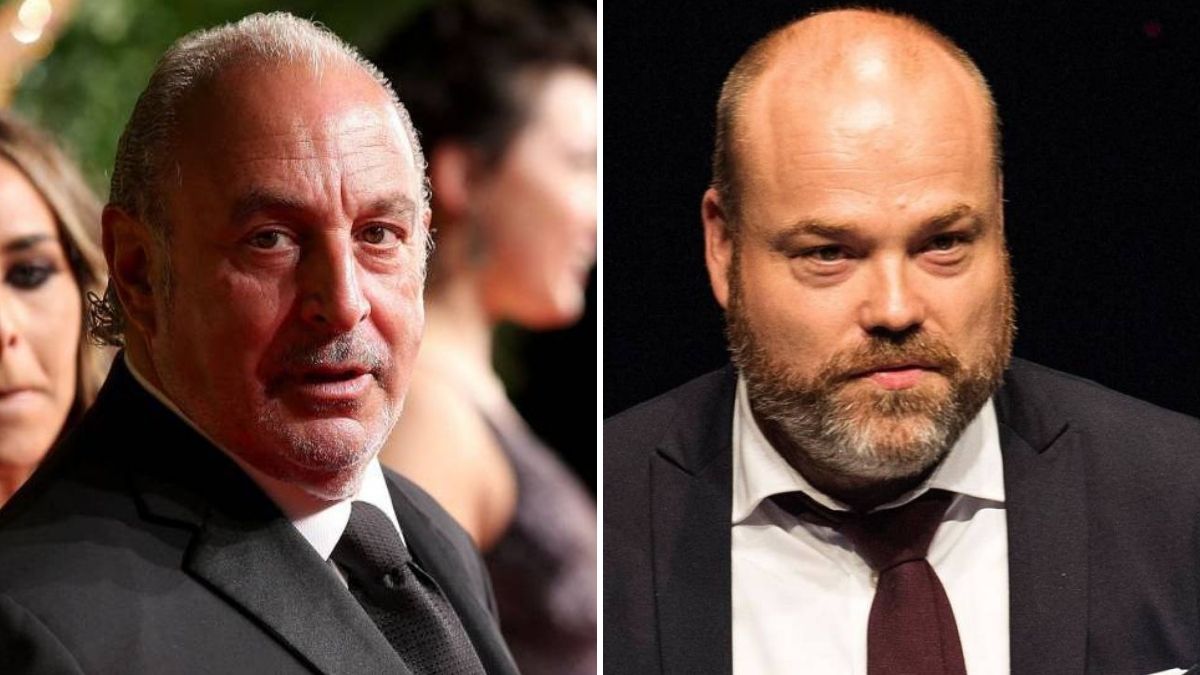 It was April 2009. Dressed in long and green, how could it be otherwise, Kate Moss entered the arm of Sir Philip Green in the first and highly anticipated store that the Topshop chain opened in New York, the first of all the country. A milestone for popular consumer British fashion. The chain was already present in 31 countries, but they lacked the jewel in the crown. That night it was a party, figuratively in the store (which had cost 24 million pounds and had 200 employees) and literal in the famous Balthazar restaurant, in which Anna Wintour and Jennifer Lopez were not lacking. The always excessive Green (whose translation is “green”), a character in the United Kingdom, proudly declared that he intended to open another 15 stores in the United States soon, continuing the success of this boutique, which sought to follow in the wake of the emblem of the brand, located on London’s Oxford Street.

Almost 12 years later, Green’s dream more than vanish has been shattered. Since February 1, Topshop is the past. In fact, Arcadia is. That was the name of the group that had Topshop, Topman, Miss Selfridge and HIIT under its wings. For just 265 million pounds (335 million euros), a much richer and much more discreet man than Green and his people has come to take over that already small empire. He is Anders Holch Povlsen, the Danish businessman passionate about Scotland and holder of almost 10 billion euros, according to Forbes. The Green family owns a little more than 1,000 million and for this operation they will pocket around 57.

The success of Holch Povlsen has become a drama for the British economy, which loses one of the jewels in the crown of its streets. In the UK, Topshop had over 300 stores before the pandemic. All of them will be closed, except perhaps the one on Oxford Street; according to the CEO of Asos, the issue “is not a priority.” 300 holes in the best streets of the country – in Spain, all its stores announced the closure in 2017 – in addition to 2,500 jobs lost. Many of the firm’s workers assured that they learned of their layoffs just a couple of hours before or directly when the purchase was announced and it is expected that about 300 will remain, according to calculations by the British press. In the United Kingdom alone, 4,000 street fashion stores have closed since the start of the pandemic, and there are already 40,000 empty stores in total, the highest number since 2012, according to the British Retail Consortium.

Headlines unite what real life separates. The Greens have little to do with the Holch Povlsen. The former show off scandals, tax havens and endless parties; the latter are a pure spirit of work and recollection, and they experienced an insurmountable tragedy. But now this monetary pact has brought them face to face.

Philip Green, 68, is, in addition to Sir, a regular in the business press, but also in the tabloids. During the week he lives at the Dorchester hotel, one of the most luxurious in London, to fly to Monaco, his tax residence, on his private plane on weekends. In October 2018, after more than seven months of a parliamentary investigation, it was revealed that he was the subject of accusations of alleged sexual abuse and racist attacks against workers, something that he “categorically and completely” denied. Before that it was known for its unique and incredible parties. There was no round birthday that did not grab headlines, like his 55 in the Maldives for more than five days, which cost him 22 million euros and where there were performances by Jennifer Lopez or George Michael. The 50 were in Cyprus, disguised as Nero and with 250 guests who gave a good account of 1,000 bottles of wine, 400 of champagne and 40 kilos of caviar. His 60s were in Cancun with his beloved Kate Moss and with performances by Stevie Wonder or Robbie Williams. And so a sum and on. Nor is his daughter Chloe left out of that world, who became the headline after joining up with what was called “the most handsome prisoner in the world”, Jeremy Meeks, and having a son together.

Green is a self-made man who started by buying the scraps of bankrupt textile companies to sell at flea markets. From there to a fortune that was estimated at 2,500 million euros and that in 2006 earned him the title of sir by Tony Blair, who appreciated his “contribution to the UK textile retail industry”.

In that it does resemble the Danish that Asos created in 2000. A quarter of a century earlier, his parents had founded a small clothing chain, Bestseller, in Denmark, where the son learned the trade. At the age of 28 he inherited the company and little by little he acquired and created various textile brands. It now owns Only, Jack & Jones and Vero Moda, plus nearly 30% of ASOS, and two years ago it had an estimated 15,000 employees. In addition, his father, Troels, also instilled in him another passion: the purchase of buildings to restore (he has several houses converted into rural hotels) and land. Hence, in addition to accumulating 10,000 million euros, Holch Povlsen is also the owner of 1% of all the lands of Scotland and its largest landowner (he also has 11 residences and a castle there) and that the British press dubs him “the Great Dane ”. He tries to conserve his land and for this he founded Wildland Limited in 2007 with his wife, Anne.

His name came to light almost two years ago when he lost three of his four children, Alma (15), Agnes (12) and Alfred (5), in the Sri Lankan terrorist attacks on Easter Sunday in 2019. Only the third of the four survived, Astrid, who was then 10 years old. But Holch Povlsen, at that time was 46 years old, and his wife, 40, did not give up. After the well-attended funeral – attended by Princes Frederick and Mary of Denmark, great friends of his – they maintained their discretion, but added a few notes of light to their lives. A year later they announced that they had been parents of twins.