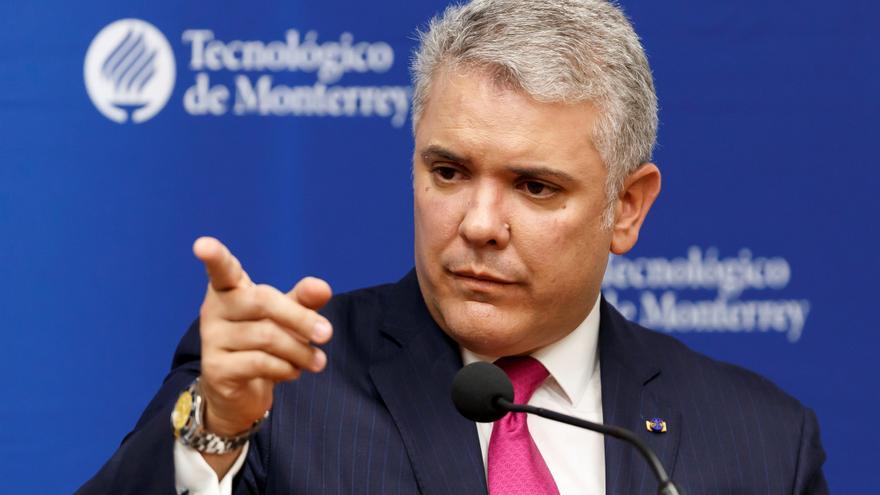 The President of Colombia, Iván Duque, on Monday ordered the public force to deploy its “maximum operational capacity” to unblock the roads blocked by protesters during the 20 days that the protests against his Government have taken place, in which more than 40 people have died. “We have given instructions to all levels of public force so that in the territories of Colombia, with mayors and governors, they deploy their maximum operational capacity so that within proportionality and strict compliance with human rights and their protection allow all Colombians to regain mobility, regain well-being, “he said. Duke in a statement.

The protests in Colombia, which began on April 28 against the Government’s already withdrawn tax reform, also demand, among other issues, the cessation of police brutality to which social organizations such as Temblores attribute 39 homicides, the withdrawal of the project health reform, which includes privatizations; the strengthening of a massive vaccination and basic income of at least a monthly legal minimum wage.

The president explained that his decision is based on the fact that “peaceful protest” is allowed in Colombia, but the “road blocks, on highways, which have affected millions of citizens, millions of peasants who have not been able to get their products “are” illegal. “” We have also seen the impact that it has brought to the circulation of food, shorting out entire cities. These types of practices are illegal and they are also censored in the penal code of our country, “said the president, who for two weeks had already deployed the Army to help break the blockades.

Likewise, Duque stressed that “there is a clear criminal interest in affecting and sabotaging the economy and social development of many populations.” “I call on all Colombian families so that just as we must give full support to the public force to protect all the rights of all, we also always maintain all the demands so that in the development of their functions they fulfill, protect and protect all human rights, “he added. He also said: “Here there are no dictatorships, there is no oppression. This is a democracy with a roadmap that is our Constitution and we must enforce and comply with it for the well-being of all citizens.”

The Executive has asked during all these days that the protesters cease the roadblocks because affect the country’s battered economy that seeks to get up because it has not been able to function one hundred percent due to the confinements adopted to stop the expansion of the coronavirus.

The economic losses in 15 days are estimated at more than 6.5 trillion pesos (about 1,763 million dollars), according to the Government’s estimate.

Also Read  Gardner gets his second pole in Moto2 'in extremis'

Meanwhile, to attend to the protests that today continued with riots in cities such as Yumbo (southwest) and Neiva (south) and peaceful sit-ins in other municipalities, the Government initiated the activation of the National Table for the Evaluation of Guarantees for Public Demonstrations. This mechanism provides, among other things, for dialogue and mediation between the police authorities and the public in the framework of the protests.

Likewise, a government delegation – led by the High Commissioner for Peace, Miguel Ceballos – met for the second consecutive day with the National Unemployment Committee, which brings together unions and workers’ centrals, with the aim of establishing a negotiating table to get out of the social crisis that Colombia is experiencing.