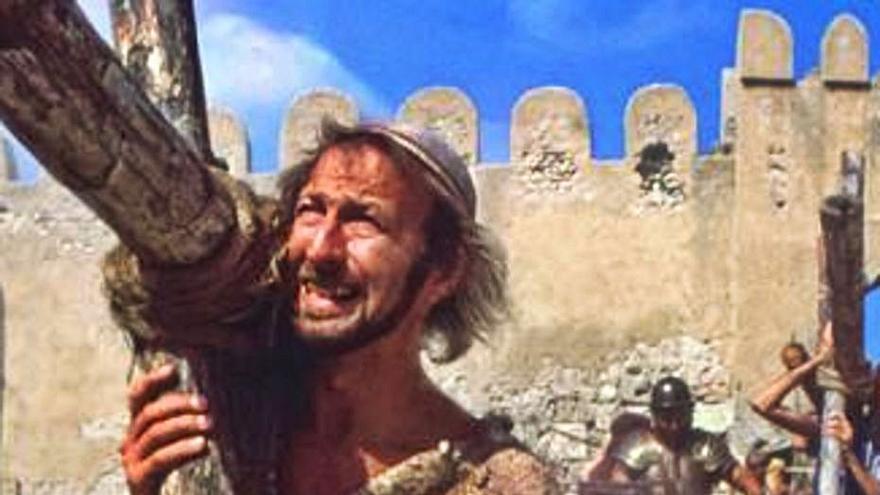 Horse riding, psychedelia and the subversive spirit were present in the germ of the rock opera signed by Andrew Lloyd Webber and Tim Rice. It first materialized as a concept album turned event with Deep Purple’s Ian Gillan as Jesus and Yvonne Elliman as Mary Magdalene, then it swept the Broadway stage and finally Norman Jewison turned the last six days of the Messiah’s life into one of the great pop cultural phenomena of the seventies. It is available on Filmin, Apple TV + and Google Play.

The tandem made up of Martin Scorsese and Paul Schrader came together to adapt the controversial novel by the Greek Nikos Kazantzakis in which he imagined a Jesus Christ different from the one described in the Gospels, more human and full of doubts. Like Travis Bickle in Taxi Driver, here Jesus of Nazareth (with the stony face of Willem Dafoe) is also at a crossroads between faith and guilt, sin and redemption. The controversy that generated its premiere on the big screen was disproportionate, although it is full of bold ideas. Available on Fubo, Filmin, Microsoft Store and Google Play.

The last temptation of Christ.

The Gospel according to Saint Matthew (Pier Paolo Pasolini, 1965)

Pier Paolo Pasolini narrates the life of Jesus from his birth to his resurrection based on the writings of his apostle Matthew and in the key of Italian neorealism. In his perspective, Marxism and Christian spirituality coexist, although if his proposal stands out for something, it is because of the expressive power and austerity of his images. A naked and beautiful work in which he puts into practice one of his main interests, giving a voice to the underprivileged and criticizing the hypocrisy of the leaders. Available on FlixOlé.

It was the last feature film by another of the great exponents of Italian cinema, Roberto Rossellini. The teacher was interested in the figure of Jesus Christ for his ability to remove the foundations of his time from visionary ideas, a man who used the word to confront political and religious power. The director used a staging far removed from any visual mannerism (in clear opposition to Franco Zeffirelli’s vision) and chooses to dispense with iconic passages in search of closeness. Available at Filmin.

The series have also approached Easter, as is the case with this ambitious four-episode BBC and HBO production that wanted to become the new great television fiction after the version of Franco Zeffirelli in the 70s. His style it is closer to that of Pasolini and, consequently, his Jesus is also very human. It has the virtue of placing us perfectly in the socio-political environment of the time and of expanding the characters of Pilate and Caiaphas. Available on HBO and Atresplayer.

The Monty Phytons achieved the greatest success of their career with this satire on the life of Jesus starring a poor devil who they mistake for the Messiah and faces a whole host of crazy situations. It was accused of blasphemy and censored in many countries, but it achieved enormous significance, eventually becoming a fundamental film for understanding modern parody. Memorable gags, anachronisms, distorted cultural quotes and brilliant ideas make up one of the greatest comedies of all time. Available on Netflix and Filmin.

The Australian Garth Davis was responsible for uniting on screen Rooney Mara and Joaquin Phoenix, she in the skin of Mary Magdalene, he in that of Jesus. The film has the particularity of being told from the female perspective, which makes it a revisionist biopic on the role of women in this foundational biblical episode. It focuses on how the character feels and puts everything else out of focus, turning into an intimate drama to the beat of the late Jóhann Jóhansson’s latest soundtrack. Available on Fubo, Apple TV +, Rakuten TV, and Google Play.

Ron Howard brought Dan Brown’s bestseller to the cinema trying to preserve all its main elements: detective genre, conspiracy intrigue and new age esotericism. The mix was as crazy as it was entertaining and in successive installments of the saga its pulp nature would be demonstrated. The presence of Tom Hanks gave charisma to a film that mixed the Louvre museum, The Book of Job, the Illuminati, the Holy Grail, the Fibonacci succession, Isaac Newton and Mary Magdalene. Crazy. Available on HBO, Rakuten TV, Starz, Google Play, Microsoft Store, and Apple TV +.

There are many movies about possessions, but in how many does the spirit in question refer to Jesus Christ himself? Patricia Arquette, who plays an atheist hairdresser, after receiving a crucifix begins to suffer strange episodes (the most famous, the one that takes place in the subway) after which stigmata appear on her body exactly like the wounds of The Passion. The Vatican will begin to investigate and will come across an Apocryphal Gospel, that of Saint Thomas, which criticizes the role of the Church. Available on Apple TV +.

This film has always been criticized for its aesthetic and narrative resemblance to Seven, although the spirit of Russell Mulcahy, the director of The Immortals has always been much more badass and enjoyable than that of Fincher. Thus, in this thriller, Christopher Lambert plays the role of a policeman who pursues a serial killer who tries to reconstruct the body of Jesus through victims who are 33 years old before Easter Sunday. In addition, David Cronenberg appears in the role of priest. Available on Prime Video.