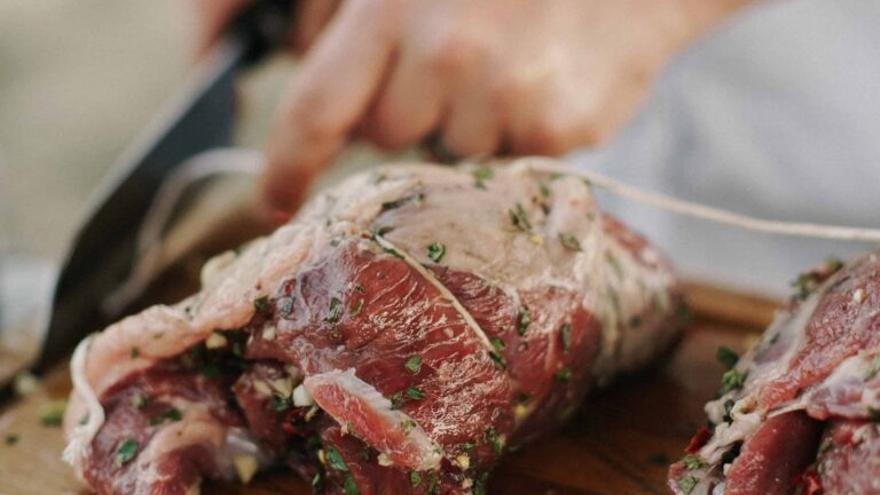 Last week the controversy broke out on account of some statements by the Minister of Consumption on the reduction of meat consumption. Social networks were filled with photos of steaks, varied opinions more or less popular, and political clash.

We have all thought about it with greater or lesser knowledge of the facts. But what do those who really know about nutrition have to say?

It may interest you: The hours in which you should have lunch and dinner if you want to lose weight, according to the experts: this is chrononutrition

Well, after a calm reflection and based on scientific knowledge on the matter, the Spanish Academy of Nutrition and Dietetics and the General Council of Official Associations of Dietitians-Nutritionists, «limit the consumption of foods of animal origin in general and promote the reduction of the consumption of meats in particular, especially red and processed meats, promoting at all times a healthy and sustainable eating pattern, and not focusing solely on one food group.

After evaluating the impact on health and environmental of meat consumption, and considering the upward trend in the consumption of meat in the Spanish population, the experts consider «that public health strategies should continue to be applied that aim to promote the consumption of fresh and little processed foods of origin. vegetable typical of the Mediterranean diet, such as fruits and vegetables, legumes, whole grain cereals, olive oil and nuts and seeds ».

Meat Consumption and Health, What Does Science Say?

In October 2015, the International Agency for Research on Cancer (IARC) published a report in which the group classified processed meats as a carcinogenic product, and red meats as probably carcinogenic.

As a result of this report, the World Health Organization confirmed its position published in 2002 in the report “Diet Nutrition and Prevention of Chronic Diseases”, in which he established an association between the consumption of red and processed meats and the risk of colorectal cancer.

In the same direction, a review conducted in 2019 concluded that low-certainty and very low-certainty evidence suggest a positive association between processed meat consumption and the risk of cancer, type 2 diabetes, and cardiovascular disease.

In the opposite direction, within the framework of a project to generate evidence-based dietary guidelines (NutriRECS), and after considering the results of 4 reviews of this report, it was concluded that low-certainty and very low-certainty evidence suggests that reducing the consumption of red meat and processed meats by 3 servings would have a very slight reduction in cardiovascular risk and cancer mortality.

The data thus obtained led this group to consider as a general recommendation that adults do not modify their current consumption of red meat or meat. processed meats.

Finally, low- or very low-certainty evidence from another robust review suggests that white meat consumption would not have an impact on cardiovascular health or overall mortality.

In conclusion, research offers low certainty for making decisions both to limit the consumption of meats, and to decide not to do so.

On the other hand, taking into account that most of the studies include comparisons between consuming the minimum versus doubling-tripling or even quintupleting the consumption of red meat, but they do not analyze the effect, for example, of white meat, the results that are they get are partial.

Faced with this uncertainty, two different forms of interpret the impact of red meat consumption and processed in health: limit its consumption or keep it as is.

Although the option to stop consumption as it is is based on studies that have only taken into account eating 3 servings a week, not knowing what results would be obtained from a greater reduction and in coherence with current recommendations to reduce food consumption of animal origin, in particular red meat on the order of 2 or 3 times a month.

Given all these data, the Spanish Academy of Nutrition and Dietetics insists that evaluating the health impact of food groups in isolation from the eating pattern may be a poor approximation.

According to these experts, eating patterns would be much more than the sum of food groups or their evaluation in isolation, because there are interrelationships between them, their nutrients and the rest of the active substances, whose analysis is essential to know what risks they have for health .

Thus, the uncertainty around the impact of the consumption of red and processed meat and health, makes it difficult to make decisions based on science.

How much meat do we consume in Spain?

According to National Food Surveys ENALIA1 and 2, the consumption of meat in general, and of red meat in particular, is higher than recommended in all age groups.

It may interest you: Chrononutrition: Does lunch and dinner early lose weight?

If fresh and processed meats are added, without considering the animal of origin, each Spaniard would eat 108g of meat a day, that is, 756 grams a week and 39.4 kilos a year, when recommended, according to the EAT The Lancet commission for a sustainable diet it would be not to exceed 43g per day, or what is the same, 300g per week and 16.6 kilos per year.

So how much meat should I eat?

Isolating ourselves from the digital and political noise, the question would then be how much meat should I eat according to a healthy diet.

Well, in the absence in our country of guidelines for healthy and sustainable eating based on evidence and aimed at the Spanish population, the Nutrition Academy recommends:

And, of course, limit to no more than 3 times a month, the intake of red meat (beef, lamb, pork, horse) and processed meats (salted, cured, fermented or smoked).