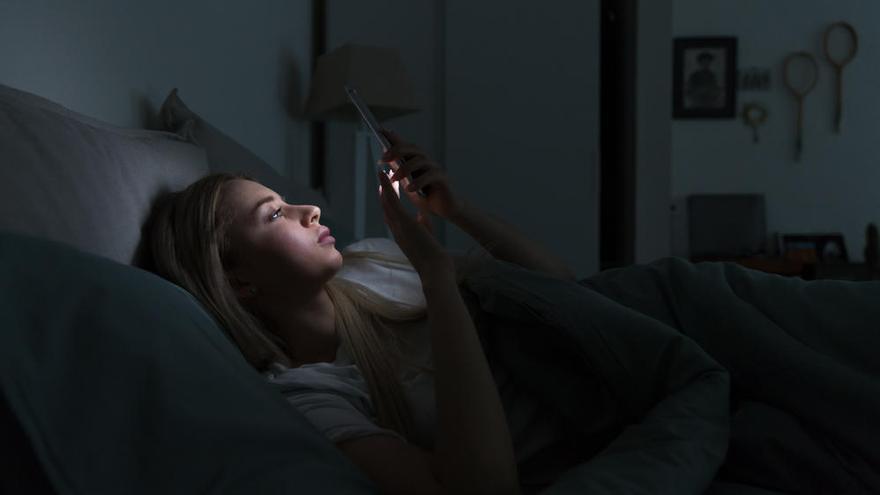 Eating and dining late and the use of screens before bed have a direct impact on body fat levels Y set the pace of fat loss in a process of weight loss, in addition to increasing the risks of cardiovascular disease.

This is the main conclusion drawn from the different studies carried out in recent years by the research team of the University of Murcia (UMU) led by Professor of Physiology Marta Garaulet.

The results of these studies were made public throughout 2020 in six articles published by the main scientific journals dedicated to nutrition in Europe and the United States.

These are essays that they are reeling off the reasons for the effect of hours of food intake; a path that began in 2013 with the publication of the results of a study that opened the way to research on chrononutrition worldwide.

That first study, published in the International Journal of Obesity, and which has become one of the most cited in its field in the world, showed that eating after three in the afternoon slowed down the weight loss process.

Subsequent research in this line followed by Garaulet has just shown, in an article published in the American Journal of Clinical Nutrition, that not only the late lunch hour has an influence, but that it is the entire pattern of daily meal times that is decisive as cause of obesity and which has negative effects on health.

A study involving 3,660 individuals has shown that those with a midpoint of late intake are fatter, have higher triglycerides, and have greater insulin resistance; factors that determine an increased risk of cardiovascular disease.

This latest study by Garaulet has shown that every hour of delay from that mid-point of intake implies a kilo less of weight loss in a process of 19 weeks of treatment.

The study of the behavior of the volunteers in this trial has also established that late eaters tend to eat more when they are stressed, that they eat more compulsively at night, while watching television, and that they are less motivated to take care of themselves .

The metabolic reason why the time of ingestion influences so much has been found in an enzyme that helps the body to burn fat, and whose maximum activity is at night (J Clin Endocrinol Metab). When we have a late dinner, the activity of this enzyme decreases by one third.

It is about Hormone Sensitive Lipase (LSH), whose activity changes throughout the day and the more it performs at midnight. A late dinner confuses this enzyme, which understands that it does not have to mobilize fat.

This study by Marta Garaulet’s team together with Dr. Juan Antonio Luján, from the Virgen de la Arrixaca Hospital in Murcia, has had the collaboration of researchers from Harvard, the Karolinska Institute in Stockholm and the University of Granada.

Investigations show that the appropriate time for dinner is 2.5 hours before going to sleep, since having dinner later than that time supposes, in addition to a greater propensity to obesity, an increase in blood glucose values.

In this sense, it has been shown that this occurs in people with a specific polymorphism in the melatonin receptor, which occurs in a significant part of the population (50 percent) (Trends Endocrinol Metab).

The time of feedings not only has an influence on adults, but also it is also a problem that occurs in children. In this sense, a study carried out on schoolchildren between eight and twelve years old, and published in Nutrition, allows to conclude that those who eat dinner after 8:45 pm are twice as obese than those who eat dinner before because they spend less energy metabolizing the food at dinner.

In addition, research has shown that inflammation is 1.8 times greater in children who eat late than in those who eat early, which influences higher values ​​of C-reactive protein (CRP), a risk marker for suffering. cardiovascular diseases in the future.

In minors, the time of sleep is also of vital importance and, especially, the habits they have before going to sleep. Another study, also with schoolchildren of the same age group, yields results that indicate that those children who have an evening chronotype, that is, who are active in the last hours of the day, tend to be exposed to more light from screens before school. going to bed than the rest, up to more than 50 lux, is equivalent to having fifty candles lit at the same time near the face.

These habits can delay the activation of melatonin, the nighttime hormone, up to three hours, thus delaying the sleep center and the children awaken in full restorative sleep. The result is less effective schoolchildren, with poorer attention span, and with poorer academic grades in almost all areas.

Some negative results are also observed in young adults through a study carried out in a population of individuals between 19 and 23 years of age from the Region of Murcia and Mexico (Clinical Nutrition). This study showed that those with an evening chronotype have higher triglycerides and a risk of cardiovascular disease.