The General Council of Economists (CGE) aligns itself with Brussels, the Bank of Spain and other institutions in the cut forecasts of growth expectations in your latest report. In the case of Spain, the growth forecast falls to 3.9% compared to the 2.7% estimated for the whole of the European Union and the euro zone.

The president of the organization, Valentin Pichhas presented the economic keys of the report of the Financial Observatory on the first quarter of 2022, where he commented on the trends of the Spanish economy and influenced the need for public administrations to be responsibles and are up to the adjustments demanded by the current situation. “To ask for sacrifices, you have to explain them and set an example, we all have to put our shoulders to the wheel,” Pich pointed out.

Along the same lines, Antonio Pedraza has expressed his concern about the Spanish structural deficit, which is currently growing above GDP, two days after the Government announced the largest public employment offer in the country’s history. The European Commission has already warned that, despite the fact that it will not sanction countries that exceed the deficit and debt limits until 2023, in the case of highly indebted countries (such as Spain), public spending should not exceed growth forecasts of the economy.

Annual evolution of the Spanish economy 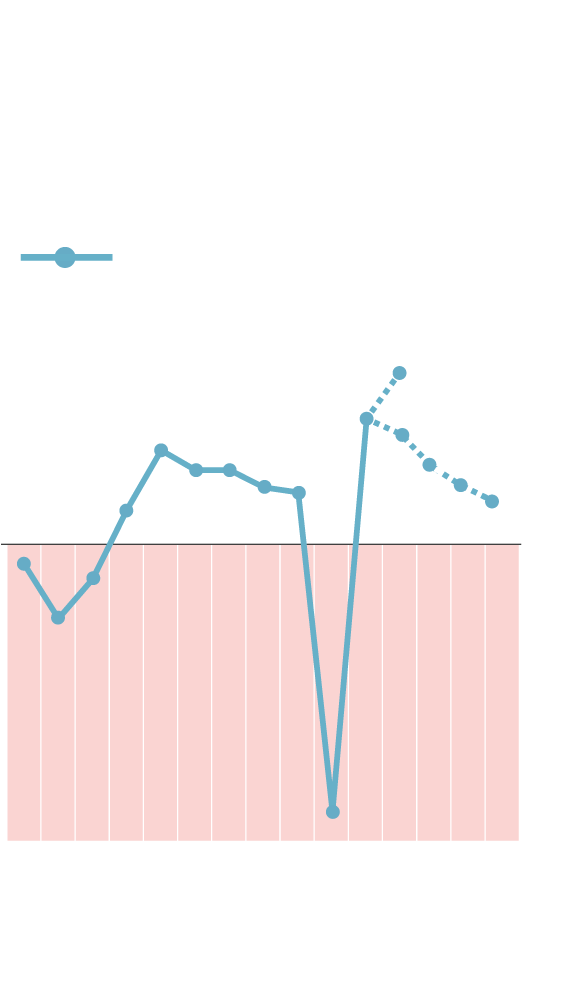 of the Spanish economy

«The public sector has a weight of more than 50% with respect to GDP», Pedraza has indicated, a symptom of the oversizing of the public sector compared to the private sector for president of the Financial Commission of the General Council of Economists. To this factor must be added the singularity of the Spanish productive fabric, made up of more than 90% of SMEs, which have been particularly affected by the increase in energy costs and salaries. For the economist, measures are necessary to help encourage the growth of small and medium-sized companies by the Administration.

Despite the fact that the participants agree that a positive summer is expected, driven by tourism, the president of the CGE predicts a “hostile” environment after the holiday season. “The interest rate hike and the resurgence of trade war it will demand reforms and that a large number of people will require public support. A cost that will have to be compensated from another site, “said Pich. “An effort today so that tomorrow we are better off” in the words of the economist.

On the other hand, the director of the CGE Studies Service, Salvador Marín, commented on the most relevant advanced indices for the institution (such as the PMI, the consumer confidence index or the TFF among others), where a worse future scenario is confirmed to current. Marin pointed the invasion of Ukraine, inflation and the non-concretion of the income pact or the execution of European funds as the factors that weigh down the competitiveness of Spain, which has already lost three positions in the ‘World Competitiveness’ Ranking during 2021 compared to the previous year, standing at position 39 of 64.

Speaking to television, Marín announced that “they have been warning for some time” of this trend, a slowdown that comes from behind and whose pace has been increased after the invasion of Ukraine and the confinements of China.

“If measures are not taken, we will see a recession in the economy,” said the director of the CGE Studies Service. For Marín, the decision of the European Central Bank (ECB) to increase interest rates is inevitable, «Although it seems a painful decision after years without raising them, it is necessary to restrict the economy after this expansionist cycle to combat runaway inflation,” said the economist.

The slowdown in the economic recovery may cause a risk in the credit quality of the most vulnerable sectors for the Bank of Spain, which will affect both companies and households.