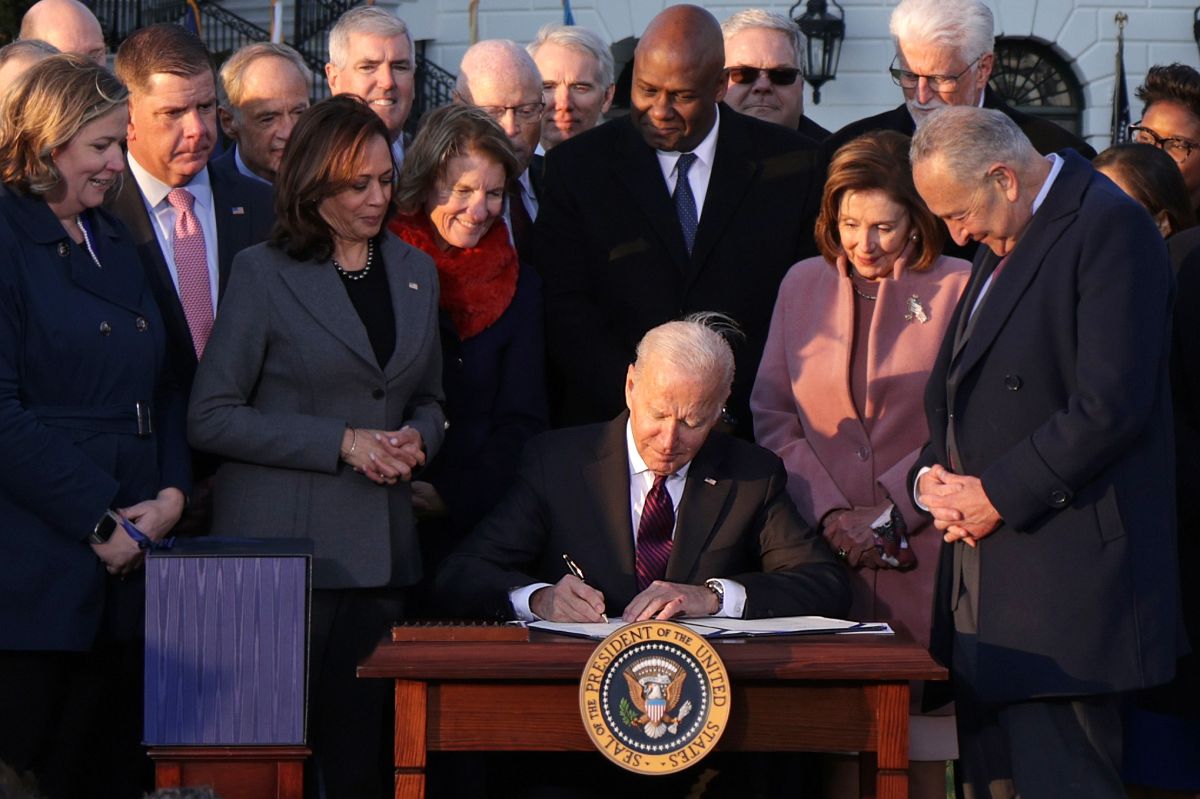 This Monday, November 15, President Biden signed into law the most important and ambitious infrastructure plan in the country’s history.

It is a project of 1.2 trillions of dollars (trillions in English), that will be invested in the next five years. Of these, 550,000 million are new investments. The plan will generate millions of new jobs, open new investment opportunities for small and medium businesses, and improve the population’s standard of living.

Thanks to the law, the federal government will inject urgently needed funds into the repair of roads, bridges and railways as well as airports and ports, and the laying of new transportation routes.

The package includes a $ 65 billion investment for the country’s broadband internet infrastructure.

But it will also invest $ 7.5 billion to create a national network of charging stations for electric cars, a considerable boost to the development of these vehicles that will dominate in the future.

Other multi-million dollar investments will encourage the construction of new affordable homes, which will help contain their prices that are now unaffordable. Never-before-seen sums will help bring public transportation back nationwide. It will update the electricity grid with 73,000 million, with an emphasis on renewable energy. 21,000 million will be invested in water systems, which are going through a serious crisis, including cleaning contaminated waterways.

Similar sums will help fight the fires, floods and hurricanes that characterize this era of climate change.

All this will serve to put the country on a par with the rest of the industrialized nations.

Six Democratic congressmen voted in protest against the motion, not because they disagreed with its guidelines, but because they insisted that the Build Back Better budget framework be approved simultaneously, which is known to be even more ambitious.

His attitude, although well intentioned, ignores that politics is the art of the possible and that progressives are a minority in Congress.

The law passed thanks to the support of 13 Republican representatives and 19 senators, becoming bipartisan. This may have been the last time we see such collaboration before the national elections next November.

The infrastructure law is historic in scope and addresses the transportation, housing, and public health needs of our communities.

Yes, it is a victory for the Biden administration and for the Democratic party, especially since former President Trump failed to advance a similar plan. But more than that, it is a victory for the population, especially the poor, workers and minorities, who will benefit from a substantial improvement in the services they need for their daily lives.