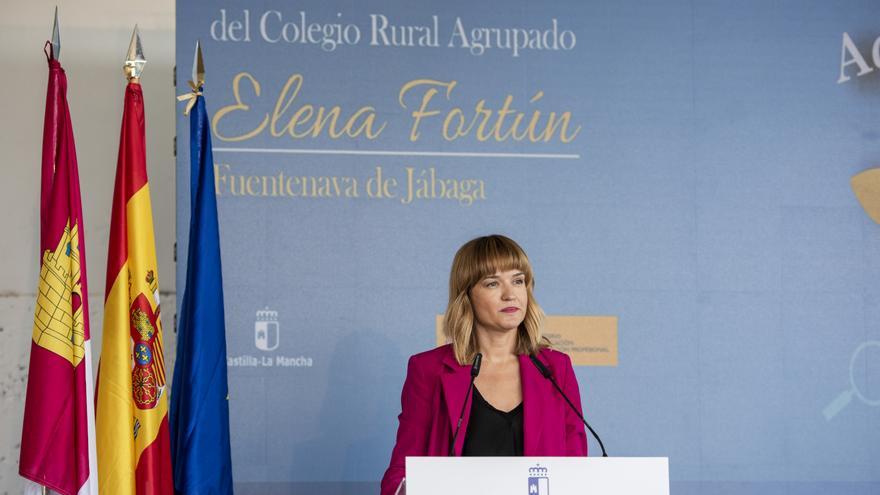 The Ministry of Education and Vocational Training will propose this Wednesday to the autonomous communities expand the Baccalaureate modalities to five, instead of the three that currently exist, as well as incorporating new subjects.

According to the educational reorganization document, to which Europa Press has had access, which is developing the new educational law (the LOMLOE, also known as ‘Celaá Law‘), the Ministry that directs Pilar Alegria It will propose to the communities five modalities of Baccalaureate.

According to the Ministry’s proposal, which will be debated in the General Education Commission this Wednesday, ministerial sources inform Europa Press, these modalities will be the Baccalaureate of Sciences and Technology, the Humanities and Social Sciences, of the Arts (one in Music and Performing Arts and another in Fine Arts, Image and Design) and a General baccalaureate.

Regarding the subjects, the Ministry’s proposal involves including more than twenty subjects throughout the Baccalaureate, which will be chosen from among several by the students.

In the mode of Sciences and technology, Students will take Mathematics I and the remaining two will have to choose from a total of four that are offered, among which is Technology and Engineering or Biology, Geology and Environmental Sciences.

On Humanities and Social Sciences, students will be able to choose, from a first block, Latin I or Mathematics applied to the social sciences I, while the remaining two can be, from Universal Literature, to Greek I or Economics.

On Art, the modality of Music and Performing Arts will have subjects such as Musical Analysis I or Performing Arts I, and they will choose two other subjects out of four, among which are Choir and vocal technique I, Language and musical practice or Audiovisual culture. In the Baccalaureate of Plastic Arts, Image and Design, students will have to take Artistic Drawing I, and they will be able to choose others such as Audiovisual Culture or Artistic Projects, among others.

At General baccalaureate, Education proposes that students have to take General Mathematics, without the possibility of choosing a different subject, and then they will be able to choose others such as Economics, entrepreneurship and business activity.

Regarding the subjects of each modality, Education proposes that those of Science and Technology have again Math (or Mathematics II or Mathematics applied to the social sciences II) and then another two of six, among which are Technology and Engineering II, Physics or Chemistry.

Mathematics can also be taken by students of Humanities and Social Sciences, as in the first year or choose Latin II. And then they will have to choose two other subjects out of five, among which are Business and Business Model Design, Geography or Art History.

For their part, the students of art school They will have subjects on History of music and dance, Dramatic Literature (in Music and Performing Arts) and subjects such as Graphic-Plastic Expression Techniques, Artistic Foundations, Design or Technical Drawing applied to Plastic Arts and Design II (in the modality of Plastic Arts, Image and Design).

Regarding the general baccalaureateIn addition to the four common subjects, they would take a subject on General Sciences, another on Cultural and Artistic Movements and a third that will be “subjects of other modalities of offer in the center”.

With regard to Secondary Education, the Ministry of Education and Vocational Training suggests to the regions that students from 1st to 3rd year Education in civic and ethical values in one of the courses, and Technology and Digitization in at least one course. As electives, a novelty that this academic restructuring presents is that a “monographic work, interdisciplinary project or collaboration project with a service to the community” may be offered.

And in 4th of ESO, all students would study Education in Civic and Ethical Values ​​(if 1st to 3rd grade has not been included) and Mathematics (A or B), in addition to the rest of common subjects.

Too they will have to choose three more from a total of ten. Among these, there are subjects such as Biology and Geology, Digitization, Economics and Entrepreneurship, Artistic Expression, Physics and Chemistry, Personal and Professional Training and Orientation, Latin, Music, Second Foreign Language and Technology.

And how optional, the subjects established by the Educational Authorities, which will take into account, where appropriate, the continuity of the optional subjects offered from 1st to 3rd grade. According to the Education document, “these subjects may be configured as a monographic work or a collaborative project with a community service”.