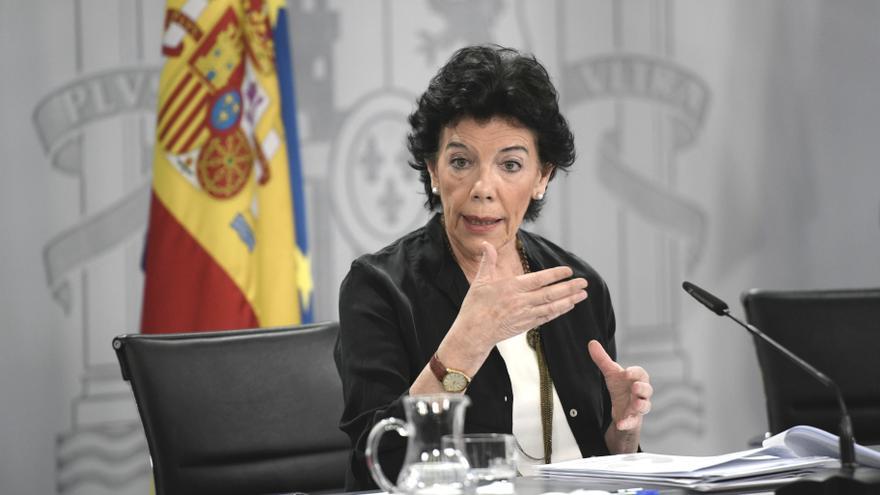 The Ministry of Education and FP plans that for the next course 2021-2022 students can get the Baccalaureate degree with a failed subject, as stated in the draft Royal Decree regulating the evaluation and promotion conditions of Primary, Secondary and Baccalaureate Education, as well as the qualification conditions in High school Y high school, for the 2021-2022 academic year.

This draft of the Ministry, to which Europa Press has had access, and which has been sent to the autonomous communities, would develop the new educational law (the LOMLOE, also known as ‘Celaá Law’), approved in December of last year.

The Law establishes that to obtain the Baccalaureate degree it will be necessary to positive evaluation in all subjects of the two courses, but it opens the possibility that the teaching team can decide that a student obtains the degree if it is the case that he has a failed subject. For these cases, the following requirements must be met: that the student has not missed class continuously and unjustifiably and that he has achieved the objectives and competencies related to the degree.

Thus, this draft Royal Decree would confirm the general lines of the new Law, by allowing students to obtain the Baccalaureate degree with a failed subject. But it also imposes the same conditions as the Law, in addition to two others: that the student has taken all the tests and carried out all the activities necessary for their evaluation, including those of the extraordinary call; and that the arithmetic average of the grades obtained in all the subjects of the stage is equal to or greater than 5. The document specifies that the evaluation of student learning will be “continuous and differentiated” in Baccalaureate according to the different subjects.

Despite the fact that the LOMLOE has been approved for six months, this standard has not yet entered into force when it comes to evaluation. Since the end of September, what has been in force is Royal Decree-Law 31/2020, of September 29, which also makes the promotion and qualification criteria more flexible.

According to this Royal Decree-Law, students will be able to obtain the Baccalaureate degree (also from ESO) if the average of all the subjects is equal to or greater than 5, without taking into account the number of failed subjects. That is, for the moment, a student with failed subjects may have taken the EBAU (the old Selectividad) as long as they have had an average pass.

Not only will failures in ESO be taken into account

With respect to Secondary Education, The draft Royal Decree establishes that decisions on the promotion of students from one course to another will be adopted, collectively, by the teaching team, “taking into account the achievement of the objectives, the degree of acquisition of the established competences and the valuation of the measures that favor the progress of the student “.

In fact, it indicates that educational administrations may establish guidelines for the performance of the teaching teams responsible for evaluations, without, “in any case, the number or combination of subjects or areas not passed may be the only circumstance to take into account in the decision on the promotion.”

In any case, those who have passed all the subjects or areas and those who have a negative evaluation in one or two subjects will pass the course. At this point, the document incorporates a novelty: it will count as a failure, and not two, the subjects that in different courses have the same name.

The idea according to the Ministry is that the repetition of the course is considered a “exceptional measure” and that will be taken after having exhausted the ordinary reinforcement and support measures to solve the student’s learning difficulties. In any case, the student may stay in the same course only once and a maximum of two times throughout compulsory education. Although, exceptionally, it is possible to stay one more year in 4th year, even if the maximum length of stay has been exhausted, provided that the teaching team considers that this measure favors the acquisition of the competencies established for the stage.

Regarding the degree, the draft Royal Decree points out that those who pass all the subjects will obtain the title of the THAT, as well as those who, having completed the course with a negative evaluation in “one or more subjects”, have reached, in the opinion of the teaching team, the basic skills and objectives of the stage. As for passing the course, in obtaining the ESO title, the teaching team may not rely exclusively on the number or combination of subjects or areas not approved by the student.

And with regard to Primary Education, the document states that the evaluation of students will be “continuous and global” and that their progress in all learning processes will be taken into account. When a student’s progress is not adequate, then educational reinforcement measures will be established.

The course or the next stage will be accessed when the teaching team considers that the learning that, in their case, had not been achieved does not prevent the student from taking advantage of their training. In this case, the student will receive the supports needed to recover learning that he had not reached the previous year.

Now, if after having applied sufficient, adequate and personalized ordinary measures to address the curricular gap or the student’s learning difficulties, the teaching team considers that staying one more year in the same course is the most appropriate measure to favor their development. , a specific reinforcement plan so that during this course you can achieve the degree of acquisition of the corresponding skills. This decision can only be adopted once during the stage and will have, in any case, “exceptional character”.

And in any case, those who, in the opinion of the teaching team, have reached the corresponding development of the basic skills and the appropriate degree of maturity.