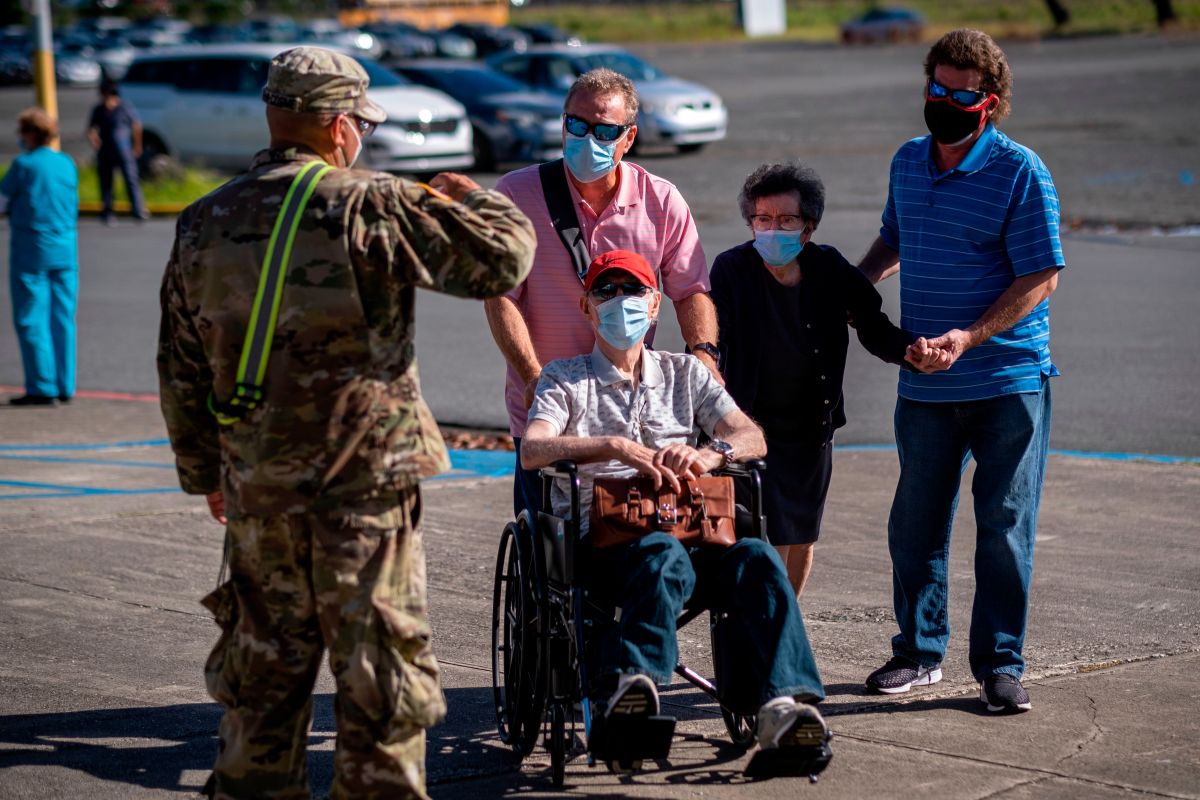 A member of the National Guard directs applicants for the Moderna vaccine against coronavirus to an immunization center in San Juan, Puerto Rico.

SAN JUAN – Puerto Rico These days he will pay attention to the second doses of the COVID-19 vaccine and will have to reschedule the injection of the first, due to inclement weather in much of the United States.

“Unfortunately, the weather is unpredictable, the lack of electricity and heavy snowfalls led to a delay in the delivery of vaccines, which delays the vaccination process in Puerto Rico,” lamented the secretary of Puerto Rico Department of Health (DS), Carlos Mellado.

The leader indicated in a statement that in the face of this situation, the government’s priority will be to supply the second doses and “reschedule the appointments for the first doses for March 3 and 4.”

The Secretary emphasized that every citizen who has an appointment to receive the second dose for the next few days must visit their provider.

The Puerto Rico National Guard (GN) Through its six centers around the island and the Vaccination Coalition (VOCES) will be administering only the second dose.

“We continue to monitor the situation. Our efforts continue to be focused on guaranteeing the second doses and readjusting the administration of the first doses, ”said the secretary.

Supply could be resumed tomorrow

For her part, the director of the COVID-19 vaccination program in Puerto Rico, Iris Cardona, has indicated in a radio interview that it is possible that the supply could be resumed tomorrow.

“Last night we received an email from the federal immunization program of the CDC establishing that they could not ensure that there would be departures for tomorrow, but we must be aware. These are structured processes and if the weather conditions allow it, the dispatches will leave, but they would be arriving on Friday, probably Friday afternoon, ”he said.

In an interview with Radio Isla-1320 AM, Cardona added that all that are second doses for this week “are being given without problems.”

“The correct thing to do is to use the second doses for the one who is due and wait for the arrival of the first doses and that is why the appointments that had been given have been rescheduled, particularly for today, Thursday, and tomorrow, Friday, in many health centers. vaccination ”, he remarked.

Departures from the United States of the Modern They were scheduled for February 15, 16 and 17, but have been suspended for all states and territories due to the fact that the warehouses of the aforementioned pharmaceutical company are located in one of the areas most affected by the strong winter storm.

On average, from that company Puerto Rico receives about 20,000 doses.

Regarding those of Pfizer, he explained that, despite the inclement weather, doses were received but “it is not all that was expected this week, and as of today we do not know if we will receive it tomorrow.”

Storm hits the northeastern US

Two winter storms affecting some 100 million people as they progress from Texas, in the southern USA, towards the region of New England, which encompasses several northeastern states, have caused some thirty and numerous power and water outages.

The Arctic cold wave that covers a large part of the 48 states of the country has saturated the electrical power networks in Texas, Louisiana y Kentucky since last Sunday, when temperatures fell to the lowest levels in decades in some parts of the country.

So extreme are the weather conditions, which on Tuesday covered 73% of the US territory with snow, that they have caused delays and suspensions in the campaign for vaccination against COVID-19.