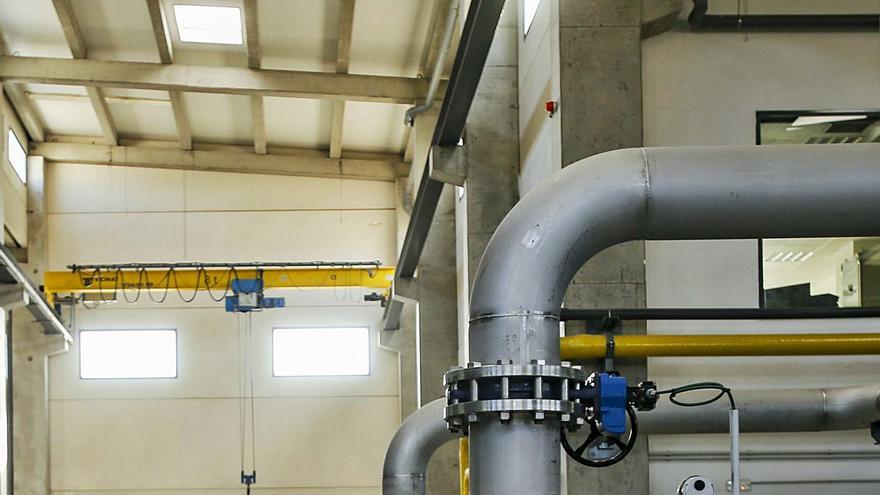 The Ministry for Ecological Transition, through the state company Acuamed, has already sent the invoice for the month of June (87,610 euros) and another for the previous eight months (709,117 euros) since the agreement signed in 2006 came into force , on October 1, 2020. These are the first payments that Acuamed announced that it was going to pay for the construction costs of the Mutxamel plant, due to the rejection of the plenary session upon the arrival of water, which has also uncovered a serious crisis in the government team between PP and Cs that threatens the continuity of the tripartite.

El Campello promised in 2006 to cover part of the cost of the desalination plant in exchange for receiving its flow, but the plenary session rejected in March, thanks to Cs and the opposition, who alleged lack of information and even the orange pressures of the mayor, the modification of that agreement, which contemplated lengthening the repayment term from 25 to 40 years to smooth the rise in the bill, as well as revising the rates. Faced with this situation, Acuamed cannot serve desalinated water to El Campello, but this entity announced that by virtue of the 2006 agreement the costs of the work would begin to be passed on in June despite the municipality not benefiting from it for now, which represents about 12.5 million of the nearly 100 million that it supposed of investment.

The problem now is that the City Council cannot do anything with the invoices. Mayor Juanjo Berenguer (PP) affirms that since the new rates that were also in full session in March have not been approved, the Consistory, through Aguas Municipalizadas de Alicante, cannot recharge the costs of the desalination plant in the receipt of the campelleros. But the Corporation cannot pay them out of pocket either, since the European Union prohibits public administrations from defraying the cost of facilities that have been built in part with European aid.

So things, The Consistory is forced in a few months to have Acuamed start a judicial procedure to claim this money… provided that before there is no plenary agreement that allows unlocking the new agreement for the arrival of desalinated water and the regularization of rates, or at least approving new rates that include amortization costs.

The first mayor has been warning since March of the legal consequences that the current situation may have for El Campello, lamenting the position of the opposition and Cs. Berenguer recalled that it is a complex issue with several derivatives, since on the one hand there is the price of desalinated water, which with the addendum to the agreement would be lower than with the 2006 agreement. Campello stops supplying itself from the overexploited aquifers of the Medio and Alto Vinalopó, from which the municipality now drinks and for which it could also expose itself to sanctions. And finally, since 2013-2014 the water rates have not been updated and regularization is urgently needed.

Berenguer recalled that El Campello has an agreement to fulfill, “which in 2006 was also backed by the PSOE, which now refuses to change it despite the fact that it contemplates lower rates. It will be that they believe that the one of 2006 is better ». The mayor stressed that Acuamed has stated that if El Campello finally approves the addendum, it has no problem in withdrawing these invoices and applying what the document contemplates, so there is still time, although it is unknown how long this door will be open. And he added that nothing has been advanced with the rest of the parties on this issue.

In addition, Aguas Municipalizadas de Alicante has prepared a report requested by the PSOE to evaluate the impact on the receipt of the campelleros that the addendum would have, which has already been transferred to all groups to verify that the rates of desalinated water will thus be more drops than with the 2006 agreement.