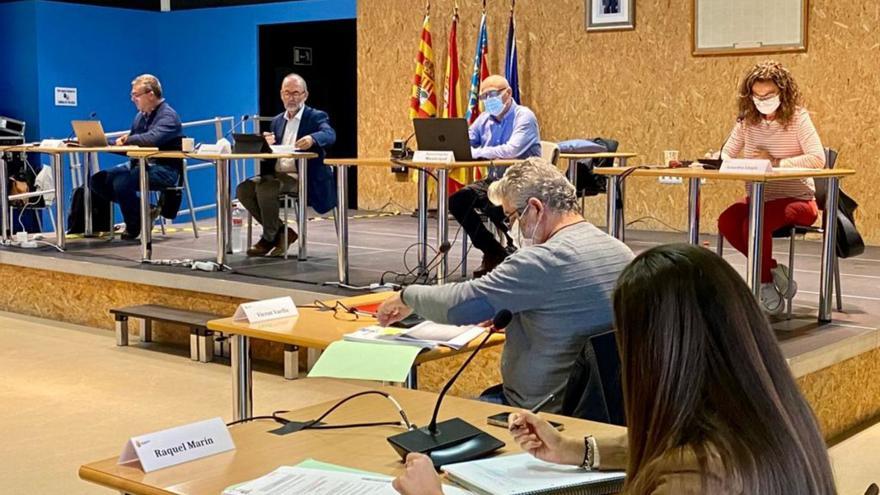 To questions from the mayor of Compromís Benjamí Soler about how the sentence will affect the budget, the mayor of Finance, Lourdes Llopis (PP), reported in the ordinary plenary session this Thursday that the cancellation will mean 3 million euros less for the municipal coffers, although officially They have not received any notification of this decision, which affects all city councils in the country. Llopis explained that “after I don’t know how many meetings for the budgets, seeing that there is no way to square … and now we get this news, which represents three million for the City Council. Therefore, we will see what happens, although officially we do not know anything. What we know is that this is at the national level and the city councils are mobilizing to see what solution on the part of the Government, which is also seeing it, can be given. But we have it bad because 3 million is a lot of money “, since it represents 10% of the municipal budget.

For his part, the mayor, Juanjo Berenguer (PP), responded to Soler that since it is a general problem, he trusts that “in the end what the State will have to tackle is a change in legislation so that the municipalities can continue to finance ourselves, or that they change the financing model for us. And if not, in the end the municipalities will begin to remove Chapter 1 (Personnel), Services … because we will have no choice but to cut. But I think that some solution will have to be given, even if it is provisional, as soon as possible.

Later, Berenguer pointed out, in another question from Podemos about investments for next year, that “the 2022 budget enters a parenthesis about which someone will have to clarify. Not to us, but to the 8,000-odd municipalities in Spain.

New accounts for 2022 are a priority, as the mayor declared two weeks ago, since they have to include the renewal of large contracts such as garbage collection and street cleaning, and to contemplate investments, since they were working on a loan to enable a large investment game, given the problems and delays that are being suffered to use the millionaire surpluses and the legal restrictions for this.

Two weeks ago the mayor reported that they were working on the budgets, with the aim of approving them in November, but the cancellation of the capital gain has caused all the numbers to blow up. In addition, the internal crisis between PP and Cs made the negotiation very complex.

To these problems between oranges and popular ones, it must be added that Vox announced in the September plenary session that it would not support budgets that included funds for the reinforcement of the Social Welfare area that Cs and the opposition carried out for the Generalitat Program Contract agreement. In any case, an abstention from the extreme right would allow the mayor to remove the accounts with his casting vote.

On the other hand, the plenary session approved the adhesion of El Campello to the national campaign “Municipalities against abuse”, promoted by Antena 3 Noticias and the Mutua Madrileña Foundation. The proposal promoted by the Department of Women and Equality, led by Mercé Pairó (Cs), had the support of all groups except Vox, which voted against and criticized the spending made from the Equality area.

Pairó explained during his presentation that, by joining this initiative, “we are taking a further step in our commitment to continue fighting with all the forces and tools at our disposal, against gender violence.”

Another motion with the same support was also approved, initially raised by Compromís to which the rest of the formations except Vox joined, to demand an “immediate” reform of the financing system that establishes a new model with sufficient resources and equitable distribution of the state funds between the autonomies.