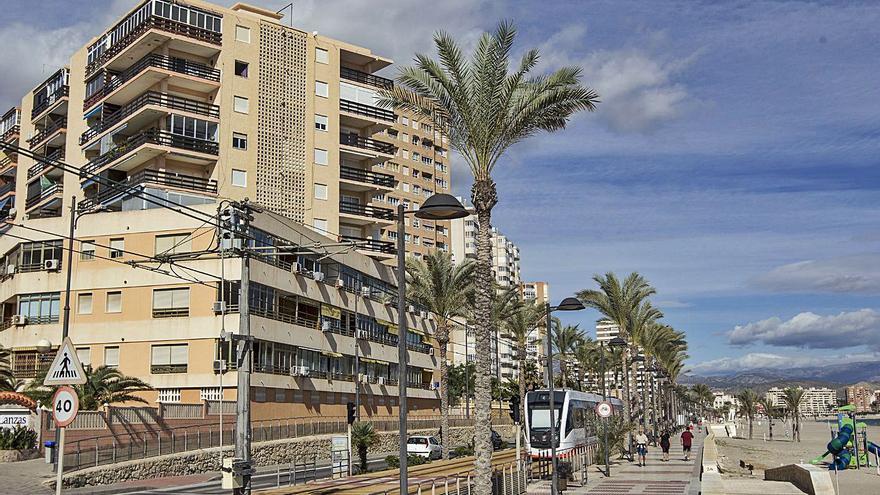 The allegations had been presented during the mandatory period of public information, and now the PMUS will be sent to the Urban Mobility Service of the Department of Territorial Policy, Public Works and Mobility, for the issuance of a favorable report, prior to the final approval by the municipal plenary session.

The approval of this point, raised in full by the Department of Contracting, led by the mayor Javier Martín (Cs), went ahead with the favorable votes of PP, Cs, Vox, PSOE, and Compromís, while the US and Red abstained .

From the neighborhood associations of l’Horta Muchavista, La Zenia and Amecove they have announced mobilizations after knocking down their allegations, since they reject the implantation of the blue zone and demand instead that parking bags be enabled. The proposal contemplated by the PMUS is to establish a regulated parking area throughout Jaime I avenue, from the beginning of the municipal term to Rincón de la Zofra.

This measure would be the first blue zone of the municipality and is still in an embryonic state, since it is included in a list of actions that the City Council plans to carry out in the coming years to improve mobility, and the blue zone does not appear among the measures priority.

With this regulation, the Consistory seeks to “organize parking in such a way that a maximum rotation is prioritized, but taking into account prolonged average stays for summer use. The measure focuses on the access streets to Muchavista beach. Regulated parking, with preferential use for residents, will allow the generation of income, a reduction of the occupied central public space and the reduction of redundant traffic ”.

And the neighbors flatly reject this measure, which they consider to be unjustified, demanding its replacement by the provision of deterrent parking “bags” near the beach in municipally owned plots without any use or occupation, to cushion the parking pressure in the road network next to the coastline of Muchavista beach in summer. The implementation of the blue zone is also proposed on Germanies avenue and in the urban area, although it is envisaged that Muchavista will be the first zone with this type of regulatory parking, and extend it to other areas later on.

In the answer to this allegation, the City Council explains that Muchavista is one of the areas that receives the greatest pressure from demand for outdoor parking and has a deficit in holiday periods.

As for the US allegations, this formation called for the creation of a coastal bike lane on the sand that would connect San Juan beach with El Campello by Muchavista, which the previous executive projected in the past term, as well as promoting the use of this vehicle with the incorporation of lanes and bicycle routes in the surroundings of the municipality, but they have not been taken into account. The reason is that the bike lane along the sandy area, in the image of towns such as Santander, is considered to be the responsibility of Costas, and finds routes that exceed the municipal scope, remembering that measures are being considered for new bike lanes and encourage cycling.

Julio Oca (Cs), First Deputy Mayor and Delegate Councilor for Infrastructure, responsible for the execution of the SUMP, said after the plenary session that the plan is in its final phase: “These are the last steps for its final approval. From this moment on we will begin to work on planning the implementation of the measures, which will be agreed with all political groups.

The SUMP of El Campello constitutes a comprehensive study of municipal mobility that includes «measures and strategies necessary to promote a modal shift towards less energy consuming transport systems, having as a priority the improvement of pedestrian mobility and the increase of public transport with a coordinated and efficient use of the different means of transport ».