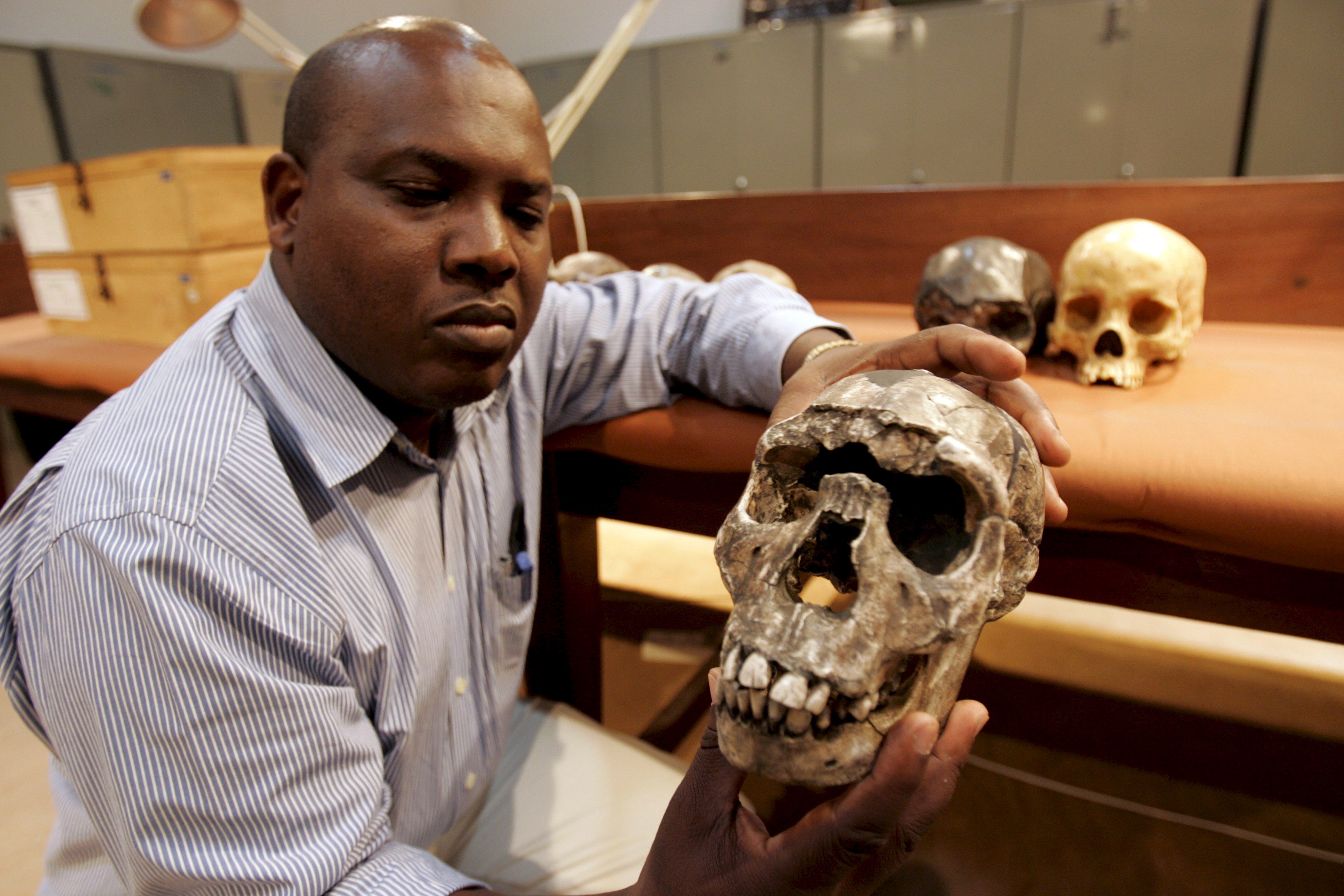 The difficulty, and also the satisfaction, of making a family genealogical tree and going back centuries in our ancestors can give an idea of ​​the magnitude of what the discovery, 17 years ago, of our best preserved ancestor supposed: a skeleton fossil almost complete of a 12-year-old boy who lived 1.6 million years ago and who within the genus Homo is after Homo and before Standing man and to predecessor.

Known by the local nicknames of Niño de Nariokotome or Niño de Turkana for the naming of the site and the Kenyan lake, respectively, where it was found, the scientific name of the fossil is KNM-WT 15000 (reference figure by Kenya National Museum-West Turkana). It is an almost complete skeleton, since only the hands and feet are missing, corresponding to a young man who died at around 12 years of age, approximately 1.6 million years ago, at the beginning of the Pleistocene.

The remains were found in the western area of ​​what was now Lake Turkana, now a desert, north of Kenya and near the border with Sudan and Ethiopia. Within the human phylogenetic tree, in the genus Homo, they belong to Homo ergaster (worker) and are after Homo and before Standing man Y predecessor.

The Turkana Child represents the most complete fossil of early humans ever discovered, but the lake in Kenya contains remains spanning four million years of human evolution. Today Lake Turkana is in the middle of a desert environment, but two million years ago it was a large expanse surrounded by green and was an ideal place for humans to live.

The lake, located in a volcanic area, was also the perfect place for its remains to fossilize when it died, since tectonic activity moved the earth’s crust and created new layers. Thus, the bone and tool discoveries belong to different periods of human evolution that, almost naturally and due to erosion by heavy rains, have exposed the fossils.

The skeleton of the one baptized as the Turkana Child was discovered by the expert Kenyan fossil hunter and collector Kamoya Kimeu, a member of the team of paleoanthropologists then led by Richard Leakey, director of the National Museum of Kenya, and Alan Walker, of the Johns Hopkins University of Washington.

The shape of the pelvis immediately revealed that the find was a male, and subsequent analysis of the bones, especially the elongated femurs, gave a height of 160 centimeters. Later studies offered the result that the Homo ergaster, the species to which the Turkana Child belongs, had a faster ontogenetic development than the homo sapiensTherefore, at 11-12 years of age, it would have finished its growth and its adult height would not exceed that height of 160 centimeters.

On the other hand, the study of teeth continues to be the most reliable way of approaching the life cycle of these extinct species. However, in this case, the formation of the dental crowns of the KNM-WT 15000 fossil, theoretically belonging to an immature young man, offers us different data than its bone study. Taking current human populations as a reference, the height and development of certain skeletal parts suggest a death around 12 years of age; but his dental histology data indicate that this individual died before reaching the age of eight.

These data allow us to conclude that the duration of the life cycle of the Homo ergaster it is still a long way from ours. The Turkana Child had reached a considerable height and the ossification of the joints was much more advanced than would correspond to a current eight-year-old boy or girl.

The discoverers of the skeleton fossil also determined that the bones are practically the same as those of modern man, with the exception of the skull and jaw, which have a more primitive appearance. Some paleoanthropologists also maintain that evolution is different depending on the parts of the body analyzed, but all agree that the Turkana Child’s jaw was, together with the place of discovery and sediments, one of the decisive elements in determining its age, since that presented milk molars.

The ribs are also surprisingly very similar to those of modern man, even the spinal configuration, although the Turkana Child suffered from scoliosis produced, perhaps, by accident. Another peculiarity and distinctive element in this discovery is the neurocranial capacity, which was only 880 cm³ when the average of the current human being is 1,350 cm³; that is, it corresponded to the neurocranial capacity of a one-year-old child today.

The study of the internal morphology of the neurocranium also allows us to observe a well-developed concavity for Broca’s area – dedicated to articulate language; but the small gap of the vertebrae in relation to that of the modern human being also indicates with high probability that he could not have an oral language with a development that is even close to modern.

The discoverers of the Turkana Child skeleton fossil also revealed that when they put the child’s jaw in the skull, they had the sensation of being in front of the remains of a Neanderthal man, which is much later, which is explained by a process called neoteny. , according to which the adults of later species resemble the young of earlier species.

Along with the skeleton of the Turkana Child, some bifacial axes were also found, which is why it is believed that they were among the first hominids to use already elaborated tools. Their diet also became more carnivorous due to the lack of fruits on the African continent at this time and this dietary change led to a reduction in the size of the molars.

The causes of the death of the young man from Turkana are not entirely clear and several hypotheses are also being considered. One says that it does not show signs of a serious illness or other damage than broken bones after death, which could be explained by hippos that passed over it and were imprisoning it in the mud, thanks to which it has been preserved. The other hypothesis reveals a generalized septicemia from a molar infection as a possible cause of death.

A more recent study by a group of Spanish paleoanthropologists has brought to light new data on the development of the Turkana Child and the species Homo ergaster within human evolution. The main conclusion is that the stylized form of the modern human, with a narrow thorax and pelvis (something associated with his ability to travel long distances), appeared more recently than previously thought, since the first human ancestor that spread through the Old World, from Africa to Southeast Asia, and which until now was considered slender and slender, it was actually compact, robust and squat. The work, published in the magazine Nature Ecology and Evolution has reconstructed in 3D the shape of the rib cage of the specimen of Homo ergaster of the Turkana Child, and had a deeper, wider and shorter thorax than that of modern humans.

Studies of how the Turkana Child walked and ran have largely been limited to the legs and pelvis. However, for the endurance race, their respiratory capacities would also have been relevant, which means a great adaptation to the environment.

Thanks to the Turkana Child we know a little better where we come from and how we have evolved, but without a doubt the history that deposits such as Nariokotome continue to reveal, in the extinct Lake Turkana in Kenya, continue to help us better understand our evolution.