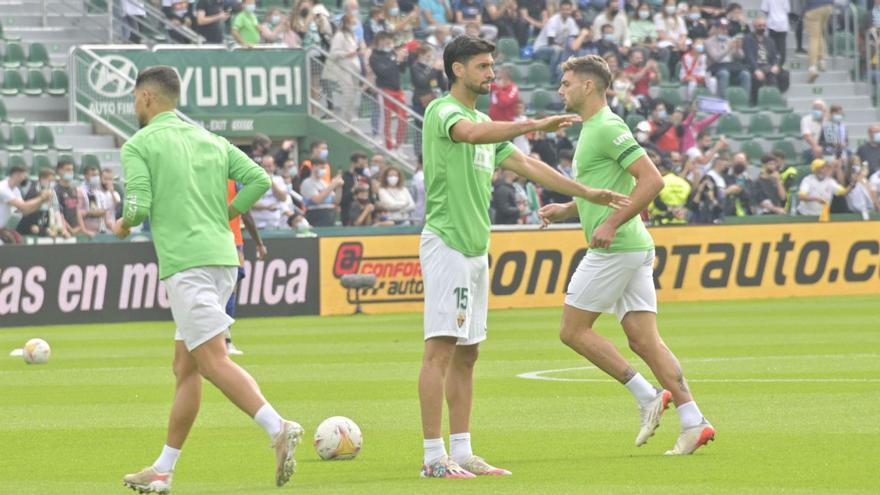 Talking about “finals” at this point in the championship may be a bit daring, but the clash is very important for the two teams, who need to dispel doubts and scare away the ghosts that haunt them in the last leg of the League.

The franjiverdes are immersed in the worst streak of the season. They have not won since last October 2 when they beat Celta (1-0). In the last four games, Escribá’s team has only added one point out of a possible 12, after drawing with Espanyol (2-2) and losing to Rayo (2-1), Alavés (1-0) and Real Madrid ( 1-2). That has led him to lose the cushion of advantage they had with the relegation places. A defeat in Palma could put him in the red zone, for the first time this season.

For its part, the vermilion box is in a similar situation, although it still does not have so many qualifying difficulties, with 14 points.

Mallorca have only achieved three points from the last 12 and, in addition, they have seen several victories escaped in the extension time, which has caused some psychosis in the Balearic capital.

The team of the ex-green-green technician Luis García Plaza lost to Real Sociedad (1-0) conceding a goal in the 90th minute. In Valencia they won 0-2 and Bordalás’s team traced the game back with two goals in the 93rd minute and 98. Against Sevilla, the Mallorcan players tied, but were ahead on the scoreboard until the 73rd minute and in the extension the match could also escape them. The VAR annulled the 1-2. And last Sunday in Cádiz, he suffered misfortune again and the people of Cádiz tied him in the 93rd minute, in a game with much controversy.

Both Elche and Mallorca are showing better feelings than points they have in the classification. However, reality has left them with the urgent need to win on Sunday to escape the web of ghosts. In Palma, they only talk about the fact that you have to win yes or yes against a direct rival. And in Elche lands the same. The vermilion box is considered a team from “their” particular League and the ideal rival to regain three points and take flight.

Luis García will be in the box

The Mallorca coach, Luis García Plaza, will not be able to sit on the bench in front of his former team. The Madrid coach based in Altea was expelled last Sunday in Cádiz for telling the referee: “he doesn’t give us one.” Something that made the Majorcan coach very angry. The intention is to appeal, but it is difficult for it to prosper.

In addition, the Serbian center-back Aleksandar Sedlar was expelled and will be out, while Valjent and Mafeo had to leave the meeting in troubled lands of Cadiz. The central Valjent played with fever and had to ask for the change at halftime; and the right back Mafeo left with muscular discomfort. In principle, both hope to recover in time for Sunday.

Elche is confident of adding their second victory of the season away from home. So far, he has only been able to get it in Getafe (0-1). Winning Mallorca would mean regaining peace of mind and seeing the future with more optimism. For this reason, as of today the Elche team will begin to thoroughly prepare for the important meeting next Sunday in Palma de Mallorca.

Also Read  Porto-Vigo, the only train from Portugal to Spain