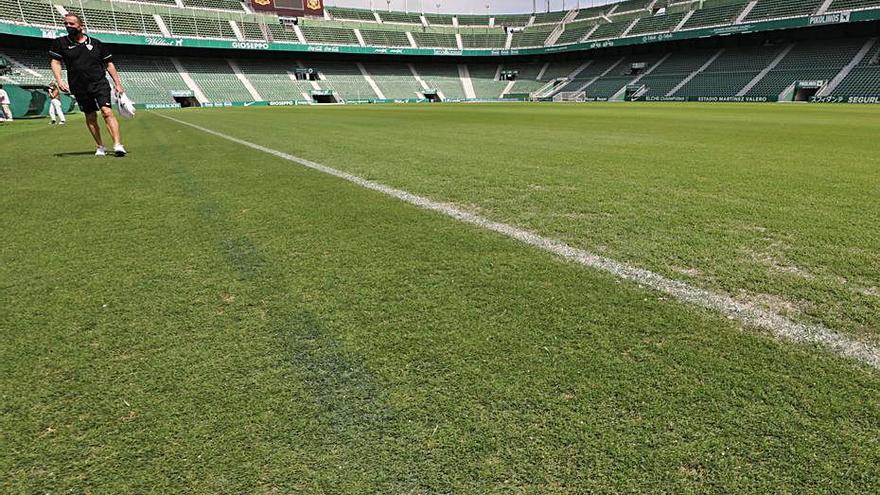 Last season there was already a first with some reforms such as the change of the lighting or the change of seats and waterproofing of the Tribuna stand.

Several weeks ago, the largest shareholder, Christian Bragarnik, wanted to root out the problems of the poor state of the pitch and decided to change the lawn maintenance company. After many years, Servicizarra has stopped working for the Elche club and is now in the hands of Royal Verd. A merchant specialized in professional teams, which is already in charge of First and Second Division stadiums, such as the Wanda Metropolitano, Benito Villamarín, Balaídos, Ciutat de València, Vallecas, Coliseum Alfonso Pérez, Cornellà-El Prat, Butarque, La Rosaleda or Juegos from the Mediterranean. In addition, she also has experience at the Nou Camp and was in charge of the playing fields during the 2016 World Cup in Brazil.

The Martínez Valero lawn has been presenting a worrying aspect in recent years and, now, the owner of Elche has decided that they could not continue on the same path.

The change of seat ANTONIO AMORÓS

Royal Verd is trying to improve the pitch by removing density from the grass and making it look more uniform. He is taking advantage of the break and that the next home game is not until September 18 to improve his appearance. In any case, the important improvement is expected to take place from the winter replanting, which will take place taking advantage of the League break in October. The high temperatures of the Mediterranean area do not allow us to make great advances in so few weeks, nor to advance the replanting. The new maintenance company is also in charge of the Díez Iborra training ground.

On the other hand, the workers of the Elche club have been proceeding in recent weeks -as can be seen in the images- to change seats, whistle and waterproof the south bottom stand.

The objective is to progressively improve all the Martínez Valero facilities and to make it a more modern stadium each time, ending all the water leaks derived from wear and tear that has been occurring since its inauguration in 1976.

Once the stands of the lower ring are completed, the upper ring will be moved to, which still needs a more extensive reform, because being in the First Division, which are an area that, usually, will have an audience.

The franjiverde entity wants the fans to feel comfortable every time they go to the Martínez Valero stadium and to be able to enjoy modern facilities adapted to the current era.

The president, Joaquín Buitrago, also announced last week that before the end of the year they hope to have and make available to the fans the new official club store, which will be located on the main facade of the stadium, but on the opposite side to where it is located. find the current one.

Elche is also going to begin the process of regularization of the Martínez Valero stadium parking cards after the reduction of space due to the sale of the land where the attached fields were. To obtain the new ones, the owners must provide the supporting document of the property (Contract or property deed or any other document that proves the same). Once the places are regularized, the intention of the club is to set an annual maintenance fee.