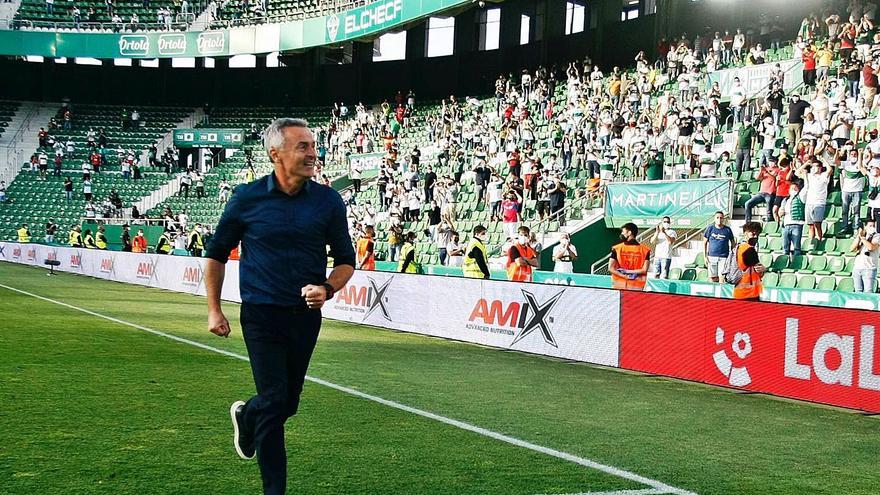 In the last game of last year, about 3,000 attended because the sanitary restrictions did not allow more. On this occasion there will be many more and although scattered to maintain security measures, all areas of the Elche coliseum will have excited fans with their shirts and scarves to feel and enjoy their team up close.

The maximum limit allowed by the Department of Health is 40% of the capacity, which at the Martínez Valero means about 13,500 spectators. The franjiverde entity currently has about 9,000 subscribers, who have been located throughout the lower ring, in maximum groups of four people and keeping security measures. Fans with a license have been receiving tickets with their assigned seat for the last few years. There have been some complaints about placing them far from their usual seat. But the club from Elche has been forced to do so to comply with the anticovid protocol.

Elche did not plan, at first, to sell tickets for fans who are not subscribers, as confirmed by the president himself, Joaquín Buitrago, last Thursday, during the offering to the Patron Saint of the City. However, as the maximum quota has not been met, once all the subscribers had been located and assigned the box tickets, sponsors and those received by players, after the agreement reached with the club, a small consignment was still available to reach the 13,500 spectators.

For this reason, the club began yesterday the procedure of the sale of seats for the general public, which will be located in the stands of the upper ring. The prices are 30 and 25 in the Preferred ring and 20 and 15 euros in the Fondo Sur ring.

There was a steady trickle of ticket sales yesterday, but they are still available. Tickets can be purchased through the official website www.elchecf.es, providing the attendee’s data, as they will be nominative. Online sale is the only ticket purchase method available for this match, as there will be no physical sale at the ticket office and it will be available until the start of the match or until the allowed capacity is completed.

You can only buy one ticket in each process and the assignment is automatic, something that has also caused resignation among fans who want to be accompanied by their partners or a family member and run the risk of not being able to sit together.

The pandemic situation is still slowing down and makes some fans hesitate to renew their subscription. Many others are enjoying the summer holidays and are traveling and, on the other hand, the club has not yet launched the campaign for new subscribers. Even so, tonight the Martínez Valero stadium will present a great atmosphere, which was not experienced for more than a year and a half. The more than ten fans who will attend the match will leave their throats to cheer on their players and help Elche get victory and the first three points of the new season.