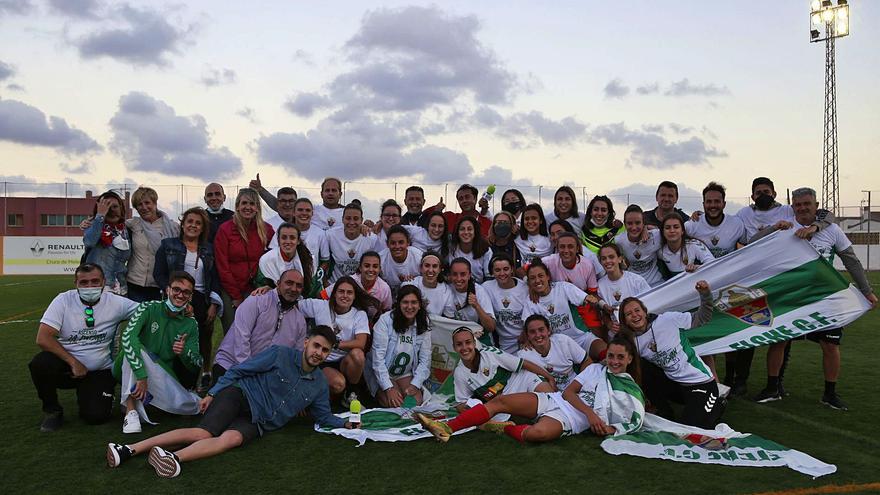 The subsidiary, which was on the verge of being promoted to Second Division RFEF after falling in the last tie with Intercity, has been the only team of the Elche club that has not been able to achieve success this campaign.

Elche Femenino had the tie on track after 5-0 in the first leg played in Elche. But the team that Quique Cano coaches left no room for doubt and also prevailed in the return match played yesterday in Telde (Las Palmas de Gran Canaria), by 0-2.

The franjiverdes dominated and had the game controlled from beginning to end. Elche, like the first leg, was much superior. At 34 minutes, Jarillo opened the scoring. And in 76, the scorer, Sara Roca, sentenced in the stake. In total 7-0 in the tie.

The women’s team from Elche has had a great season. They first qualified for the “play-off” as champion of their First National group. And he has completed a phenomenal year with promotion to Liga Reto Iberdrola, which is an objective that he has been seeking in the last two seasons and that, based on insistence and a good job, has achieved his award.

The party in the Canary Islands lasted until well into the morning. First on the pitch as soon as the game is over and then at the concentration hotel.

The Elche expedition consisted of 30 people. The club wanted to reward the team and covered the expenses of all the members of the squad, including injuries, and of some family members and collaborators who have been supporting the team throughout the season in a very complicated league.

The Elche players celebrate their promotion at the end of the match. | JESÚS PERAL

The franjiverde team also received the congratulations of the maximum shareholder of the club, Christian Bragarnik, from Argentina, where it is at the moment.

The Argentine investor has shown his support for the women’s team throughout the season, he has even attended a game. In addition, he is willing to collaborate for the next season to try that Elche Femenino can continue to grow and that in a short period of time it can also reach the Iberdrola First Division League.

For the next year, the challenge will be to remain in a competition that is increasingly professionalized. But the income in the Iberdrola Challenge League is also higher than in Primera Nacional, which will allow more investment in the creation of the squad.

What is clear is that the Elche Football Club, under the guidance of Christian Bragarnik, wants to grow in all its sections and improve its infrastructures to place the Franco-green entity in the elite of Spanish football. The promotion yesterday of the women’s team to the second highest category of Spanish women’s football is one more step