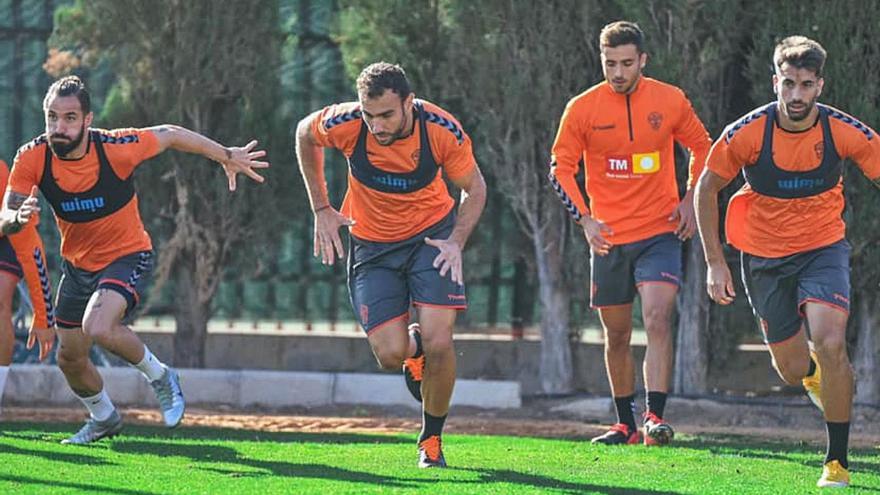 Getafe tried yesterday, by all means, to postpone the match against Elche again. Its president, Ángel Torres, charged hard against LaLiga and assured that forcing them to play the game today (7pm) was outrageous and could alter the competition. The top leader of the azulón team claimed that his team has been unable to train since Friday due to the storm “Filomena”, which has hit central Spain especially with a snow season; that his footballers could not leave their homes and that it was not clear that this Monday flights could leave from the capital of Spain.

However, Getafe’s request fell on deaf ears and LaLiga even helped him find solutions to travel to Elche’s lands, once communications began to be restored yesterday afternoon, both from the Adolfo Suárez Madrid-Barajas airport. as by train. Even from the Football Association they sent vehicles to the homes of the players to pick them up and take them to a hotel near Barajas so that they can fly today.

More than three points at stake

LaLiga understands that the season is already being complicated by the covid pandemic, that games have had to be postponed and that the calendar is very compressed. In addition, in principle, there should be no problem for the flight that must bring the Azulona expedition today.

Getafe’s excuses had a double background. It is true that this weekend there are problems for travel from Madrid, but the storm began to subside yesterday. The azulón team took advantage of the circumstances to be able to buy time, before such an important match, and for that reason they wanted to delay Wednesday or set the meeting at another date later. In this way, Bordalás would have more days to acclimatize Aleñá and Kubo, his last two signings, and better prepare the stake.

But LaLiga was blunt because it does not want more complications in an already saturated calendar and, in addition, understands that the Getafe expedition has enough alternatives to reach Elche. If the weather worsens in the last hours, something that is not foreseeable, and it would be studied to make another decision.

In this way, franjiverdes and elicitanos face a match with more than three points at stake. Both teams are separated by only one in the standings and the one that loses will be placed in relegation places.

Worst streak of the season

Both the Almirón and Bordalás teams are immersed in their worst streak of the season. The people of Elche have accumulated ten games without winning, which have placed them in the red zone; while the Madrilenians have only achieved one victory in the last eleven stakes, with the aggravation of the elimination of last Wednesday in the Copa del Rey at the hands of Córdoba. This bad dynamic also endangers Bordalás’ continuity on the bench in the event of defeat at Martínez Valero.

Therefore, the two teams have the peremptory need of victory and will face this afternoon’s match to the dog’s eye.

Almirón recovers center-back Diego González, who has missed the last four games due to a fibrillar tear in the hamstring area; While the Franco-Congolese Nuke Mfulu reappeared last Wednesday in the cup match against La Nucía and has already overcome his sprained knee.

For his part, Pere Milla, who was not at Camilo Cano either due to some discomfort with a toenail, is now recovered and ready to play.

The only casualty will be Tete Morente, who was injured in Bilbao on the last day. He suffers a hamstring tear and it will take another two to three weeks to be fit to play.

The Elche squad held their last training session yesterday at the Díez Iborra field at Ciudad Deportiva Juan Ángel Romero and the franjiverde coach doubts whether to return to the three-center system, which gave him such a good result at the start of the championship; or maintain the four-player defensive line that he has been using in recent games.

If he returns to the three centrals, Barragán, Gonzalo Verdú and Josema will occupy the axis of the rear and Josan and Fidel the lanes as at the beginning of the League. If he maintains the four defenders, Barragán and Sánchez Miño would be the full-backs, with Verdú and Josema in the center of the defense.

What seems clear is that the Argentine coach will keep the three players who gave such a good result against Real Madrid in the center of the field: Iván Marcone, Raúl Guti and Víctor Rodríguez. If he plays with a four-back line, Rigoni and Fidel will be located at the extremes and the question will be who would accompany Lucas Boyé in attack: Pere Milla or Guido Carrillo, or even Nino. If he opts for the three centrals, Fidel will delay his position and Rigoni will form the attack together with Boyé.

In Getafe, he arrives at Martínez Valero with four former Franco-Greens in his ranks: Damián Suárez, Xabi Etxeita, Chema Rodríguez and Ángel Rodríguez, as well as Javier Vidal (physical trainer) and Patri Moreno (second coach) with Bordalás; two of them will be in the starting eleven, Damián on the right side and Ángel at the top of the attack.

Etxeita and Chema will have to wait for their opportunity on the bench, along with Aleña and Kubo, the two brand-new signings of the azulón team who have many ballots to debut in a call-up with their new team.