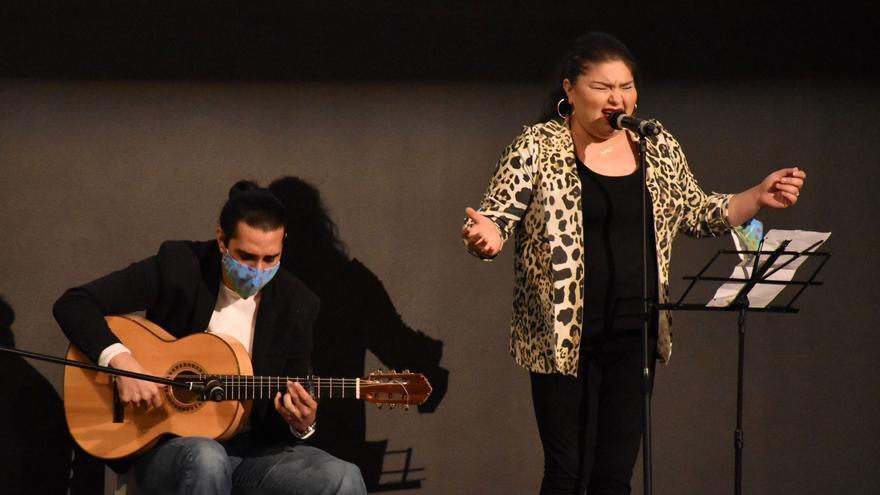 Elche has commemorated the International Day of the Gypsy People with an institutional act in the Congress Center Ciutat d’Elx, which has been attended by numerous representatives of the Calé Elche community and has had the interventions of the mayor, Carlos González, and the councilor for Equality, Social Rights and Inclusive Policies, Mariano Valera, who have been accompanied by the spokespersons of the Municipal Corporation.

“On days like today, we make visible the historical importance of the gypsy people for society in general and for our city in particular ”, stated González, who has reaffirmed his commitment to a diverse and inclusive municipality; a date, he highlighted, that invites us to reflect on “the present and the future of the needs, problems and challenges of the cgypsy community”. The municipality has shown his appreciation for “a cultural identity and history that is already part of Elche”; a past, he lamented, “marked by rejection and discrimination”, thanking the entities within the collective for their continuous work “for equal opportunities and for banishing stereotypes and prejudices”.

At the event, which started at 12:00 noon, the high school students Saray and Santiago Cortés have read the manifesto in which they have evoked the beginnings of the event, the I Romani / Gypsy Congress of 1971 held in London, where the ethnic group adopted a anthem and a common flag. Likewise, the Roma contributions to society have been vindicated and the authorities have been urged to end the inequality and exclusion that they still suffer worldwide.

“It is necessary to address the Roma issue from a comprehensive perspective of rights, citizenship and recognition of our cultural identity,” said the young woman; while Santiago Cortés, for his part, has requested institutional proactivity to address policies that protect and guarantee minorities and socially excluded groups access to decent resources.

Likewise, two spots of ‘The Gypsy Voice’, the campaign against anti-Gypsyism undertaken by the Generalitat Valenciana; In addition to the live performance of the ‘Gelem Gelem’ by the musical duo Suspiros de Arte, being the most emotional moment together with the River Ceremony, which, after the event, took place in Vinalopó with all the pertinent hygienic-sanitary measures , in a rite, that of throwing petals into the water, which symbolizes the adaptability and trajectory of the collective from its Punjabi origins, in addition to serving as a memory to the Roma victims of the Holocaust and those relatives who are no longer there.

Valera has closed the day of coexistence by thanking the gypsy associations the organizational effort, and has ordered to continue fighting, all together, “for a real and effective equality that materializes the social integration of different cultures in our city.” In the case of the Calé collective, to “eradicate anti-Gypsyism” and achieve its full inclusion “from the celebration of diversity and respect”, within the framework of the work being carried out by the Local Commission of the Roma People.

Apart from the activity at the congress headquarters and in the channel, the Molí Real it will be illuminated tonight with the green and blue colors of the gypsy flag, which embody the field and the sky; the same banner that will wave on the mast of Paseo de la Estación until Thursday 15.

There is evidence of the presence of the gypsy community in Elche since 1717. Already, in the 20th century, the town became a regional pioneer by being the first, in 1991, to commemorate April 8.