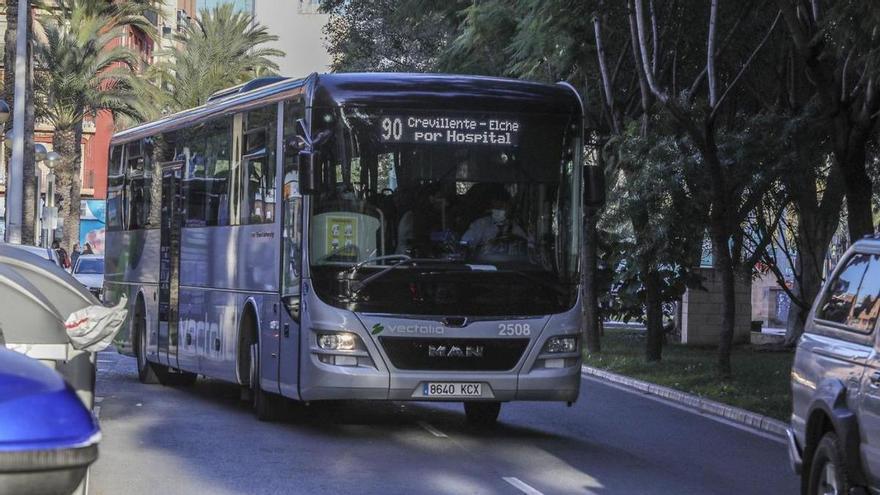 Elche will have new service buses to unite the city with Alicante, Santa Pola, Crevillent and the two universities, in the next ten years. The Generalitat Valenciana has put out to tender the contract for 27.9 million of the Elche-Cercanías service that will incorporate new routes such as the Hospital General-Gran Alacant to give better coverage.

The bus will operate 365 days a year, except for the one that provides university coverage, which will be operational only during school hours. According to the specifications, the objective of the new concession must be, on the one hand, to stabilize the fall in bus demand in the Elche-Santa Pola corridor, while, on the other, it must try to consolidate growth the Crevillent-Elche-Alacant axis sustained and induce new demand by attracting travelers from other modes of transport.

Buses must have a minimum of 2 seats reserved for people with reduced mobility (PRM) and space for two wheelchairs, or, depending on the type of bus, whatever is established by current regulations.

Currently, more than 90% of the public service concession contracts for regular interurban transport for general use by road travelers in the Valencian Community are expired (extended), or close to their expiration date.

In the case of Elche, in February 2018 the initial project of public transport service CV-211, Elx Rodalia, was drafted, which was initially approved by resolution of February 6, 2018 of the General Directorate of Public Works, Transportation and Mobility and was submitted to public information.

In March 2019, after evaluating the allegations and reports issued and taking into consideration the pertinent estimates, the final CV-211 public transportation service project was drafted, which was approved by resolution of March 25, 2019. And now it has come out to tender.

Esther Díez: “At last the service is modernized”

The start of the tender for the future bus service was applauded by the mayor of Mobility, Esther Díez. «This project is finally coming to light that modernizes a service that should have been tendered many years ago and that is going to promote the use of public transport in our region and to improve the air quality indexes in the entire area of ​​Baix Vinalopó and also of the connection with L’Alacantí ”, he pointed out.