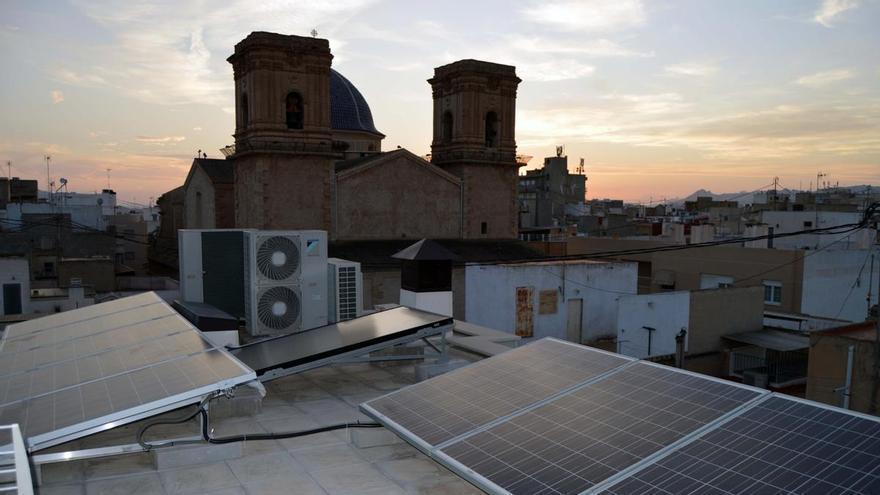 The ‘Generem’ Municipal Office will promote energy efficiency and self-consumption to fight climate change. The councilor for the area, Felip Sànchez, has announced the new service that the Local Government Board will approve tomorrow. The Office will encourage Energy be democratic in Elche and that consumers become their own generators of electricity through renewable sources. “Furthermore, this has obvious potential to help those who suffer from energy poverty,” Sànchez added.

‘Generem’ will inform the people of Elche and the women of Elche – also businesses and small businesses – on how to improve their energy expenditure and, furthermore, do it in a sustainable way in order to change the model in order to guarantee accessibility for people to energy. Likewise, tomorrow, Friday, the procedures will begin to yield to thea Office a local in the Pla neighborhood owned by Pimesa. In the coming months, this space will be articulated with means and personnel, with the idea that it can open its doors after the summer.

“We will have qualified technicians so that they can advise on the improvements of the bill, as well as other options and existing aids to optimize consumption and do it in a way that is democratic”, explained the mayor of the Energy efficiency, who has recognized that in recent days and months “the price of energy is being a burden for many families and small businesses.”

“From the local government we appreciate that it is necessary to create a space for information and training on energy aimed at citizens”, said the mayor, who has influenced the climate emergency situation in which we find ourselves: “The consequences that global warming is causing forces us to accelerate the energy transition towards a model based on clean and renewable energies to leave a much better world for our sons and daughters”, he insisted.

Also Read  Which is more dysfunctional, the United States or the United Kingdom? I created a Global Shame Index to find out | Arwa Mahdawi

The Elche Energy Office will collaborate closely with the Ministry of Energy Transition and, although it will have a headquarters, “it will create dynamics throughout the municipality to stimulate the change in the energy model, which is essential”, Felip Sànchez stressed. In addition, he explained that from this service local energy communities will be promoted through sustainable collective self-consumption with renewables.

“For this we need to use the largest surface of urban land possible, such as the terraces of buildings”, Sànchez specified. ‘Generem’ will serve as a promoter of these energy communities, reporting on the different options that may exist for the use of photovoltaic panels. “The objective is that public schools and other buildings that can incorporate solar panels can be the basis for the creation of these communities”, the mayor has advanced, which, with current legislation, could distribute energy within a radius of 500 meters from the generating point of the same, which may be the schools themselves.

In this sense, Sànchez has underlined that it is a great opportunity to change the model and for the energy surpluses of the schools to go to their environment through these local energy communities. In the last legislature, through a European project, photovoltaic panels were installed in the CEIP El Pla; in the present mandate, it will intervene in The Alcudia and Eugeni d’Ors.