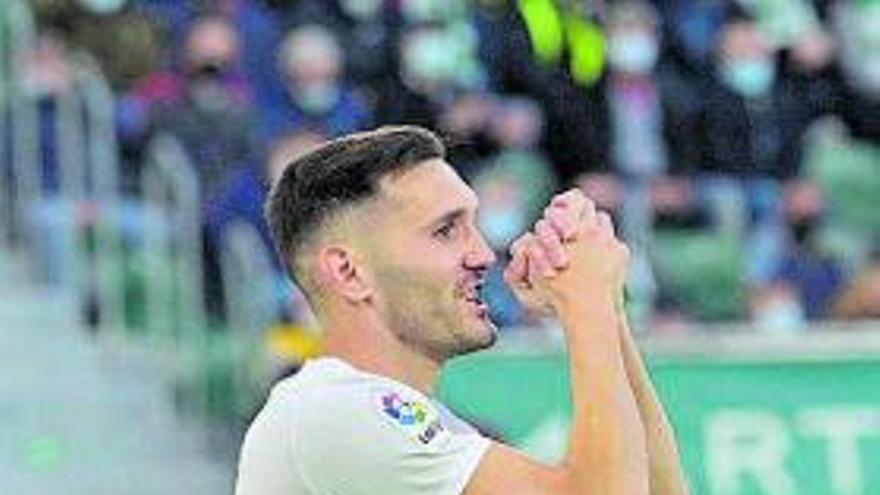 Elche comes out of quarantine. With the return in yesterday’s session of Lucas Pérez to training, the franjiverde squad sees the end of this sixth wave of the pandemic that has vehemently affected soccer teams, with a high number of positives during the month of December and when returning from the Christmas holidays.

The franjiverde coaching staff breathes with some relief, although caution remains maximum and LaLiga protocols remain active to prevent any outbreak that threatens the participation of a considerable group of footballers, as has happened in other First and Second Division clubs. .

In the case of Elche, this sixth wave seemed to focus on their attacking players, since four of the five forwards of the first team suffered from the disease since the end of the year: Pere Milla, Benedetto, Boyé and Lucas Pérez. The only one who dribbled against the virus was Carrillo, the starter and protagonist in the duel against Granada. A match for which Francisco was able to recover Pere Milla, although the Catalan’s participation was limited to the final phase of the clash.

The other three rams, precisely the ones that have played the most minutes this season, have been the ones that have been taking the longest to return to the day-to-day. Benedetto, from whom rumors continue to arrive from Argentina about a possible return to Boca Juniors, has already entered the squad to play the Cup in Almería and had a few minutes to recover sensations. Boyé, despite having several training sessions with the group, was reserved for the commitment in Cornellà.

A match that will mean the return of the main French-green offensive reference of this course. Boyé has signed a great first round and it is expected that the aftermath of the covid will not be an impediment for him to maintain the level that he has offered in this first phase of competition. With five goals he is the team’s top scorer, although the sensations of his game are well above the scoring figures. 23 days after his last game, precisely against the other Barcelona club, Boyé hopes to reappear as leader of Elche in 2022.

For his part, Lucas Pérez was the last to recover and return to training after having passed the covid. The Galician attacker trained yesterday with the rest of his teammates and Francisco himself was convinced that he will be able to help tomorrow against Espanyol. The complicated thing, yes, will be to see him at the beginning of the game. So far, Lucas Pérez has started 13 of the 15 games he has played this season in the League. Only against Getafe (September) and Rayo Vallecano (October) was he on the bench. Before his absence against Granada, he had nine consecutive titles, although he was struggling with the goal.

The “12” franjiverde had not been able to start their relationship with Elche better, since they found the door in their first two games (Getafe and Levante). Two targets that served to add four important points. However, since that time against the Valencians he has not celebrated a goal of his own again. The negative streak goes for 13 games and 960 minutes.

Also Read  The US reached the figure of 700,000 deaths from COVID-19 despite the massive vaccination process in the country

Despite not scoring, Lucas Pérez has maintained the trust of both Fran Escribá and Francisco. With the new coach he was a starter in the three league commitments in which he was healthy and only lost the last quarter of an hour against Cádiz, with the duel theoretically sentenced after Tete Morente scored 2-0 for his team.

The return of «Los Lucas» will also mean the return of the main offensive couple of Elche 2021/22. Both have formed an attacking duo in nine league games, all consecutive between matchdays 10 and 18. That is, it was difficult for them to play together (Lucas Pérez did not make his debut until the fourth date), but once united, only the covid has separated them.

In addition to Boyé and Lucas Pérez, Francisco has also seen during the last week how the different players who have had to rest due to the virus have been rejoining the ranks: Gonzalo Verdú, Pere Milla, Raúl Guti, Enzo Roco (who was sanctioned and couldn’t play Granada anyway), Marcone and Benedetto. All will be available, except last minute setback, for the momentous duel against Espanyol. Elche seems to have surpassed this sixth wave. Now it’s time to sing victory again.