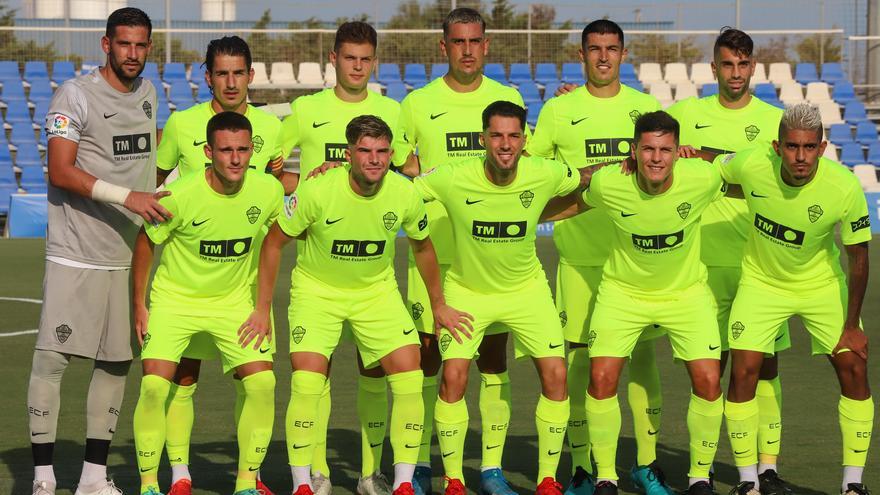 Elche will debut in the 2021-2022 campaign next Monday 16. Less than two weeks left for the first match (10 pm, Martínez Valero stadium) against Athletic de Bilbao. And the franjiverde club has only presented three new faces. The three franjiverdes signings have arrived to reinforce the team from behind. A goalkeeper to compete with Edgar Badia, Kiko Casilla. Two defenders with experience in the Spanish top flight, Enzo Roco and Pedro Bigas.

The goalkeeper arrives on loan from Britain’s Leeds. The central defender arrives free from Fatih Karagümrük of the Turkish league, it is his second spell at the Elche club and he has experience in the First Division with Espanyol. Pedro Bigas, also central, played last season in the relegated Eibar.

In short, three additions. Only three, of the 10 or 12 that Elche’s sports director, Nico Rodríguez, acknowledged that the club needed after the end of the season. Few teams are like the Elche in terms of these numbers. Specifically, only one of his direct rivals for salvation has made the same signings. It is the Levante, precisely the group that will visit Elche next Saturday (Martínez Valero, 9:00 p.m.), in the Elche Festival Trophy. The Valencian club only has three new faces. The veteran forward Soldado, from Granada, Brugui from Nàstic and Enric Franquesa, from Villarreal. Only the granotas go so slow or tread so firmly – depending on what you want to see – when hiring. But Levante did not experience Elche’s troubles last season. In fact, they finished in 14th place with 5 points more than Elche and secured their salvation almost a month earlier.

Among the teams that will presumably suffer to remain in First are the three newly promoted. Rayo and Espanyol have 4 additions each, the same as Celta, which last May finished LaLiga in eighth place and surpassing the people of Elche by 19 points. It also has four new tiles the Granada, one of them that of coach Robert Moreno. The Andalusians finished ninth with ten points more than those of Fran Escribá.

Osasuna has already hired five new footballers, six on Mallorca -also newly promoted- and the Cádiz, while the Getafe and the Alaves They have added seven new faces. The case of the Basque team is one of the most striking, achieving level reinforcements, at least on paper. Among them are Toni Moyá, from Atlético, Lejeune, who arrives from England or Iván Martín and Mamadou Loum, on loan from Villarreal and Porto, respectively.

Although speed has nothing to do with quality -from the franjiverde club this is repeated-, the truth is that training a team on time offers staff stability. In addition, starting the season -again-, without a team already formed, would be falling into the same mistake as last season. An error, by the way, that sports and institutional management resorted to recurrently to justify the difficulties suffered to achieve salvation, certified on the last day. This time there is no excuse in the lack of time.

Market difficulties affect all First Division clubs. The movements are scarce even among the most powerful and it seems that everyone was waiting, first, for the end of the Eurocup, and, now, for the end of the summer market, to get adequate prices.