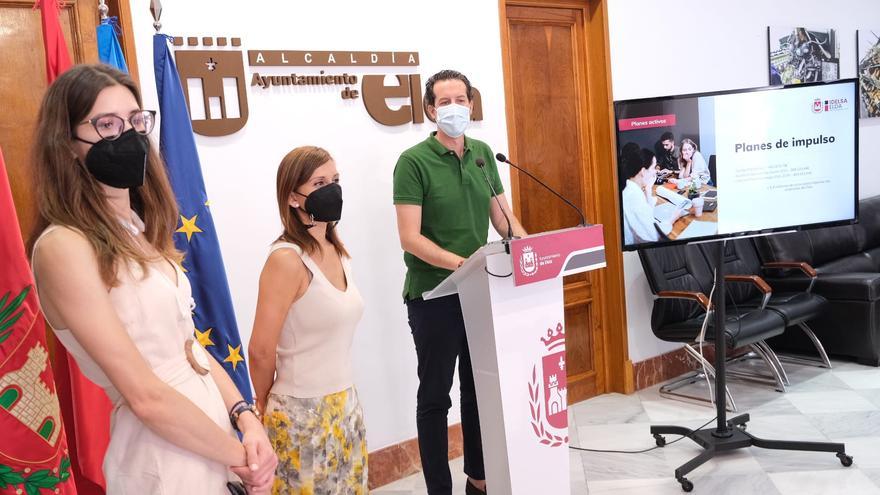 The Elder councilor explained that “it is a series of measures grouped into three major packages of economic incentives to relaunch very important sectors for the economic fabric of our city that, in addition, have suffered and continue to suffer the effects of a pandemic that has lasted for 16 months “. The plan to promote the local economic fabric includes two aid packages and the Elda 2030 Strategic Plan Contest. The first aid package, called Paréntesis II Plan, has 691,873 euros. These grants are aimed at freelancers and companies with less than 10 workers who have started their activity before December 2020. The subsidies will be used for expenses such as rent of premises, supplies, repairs, personnel, etc. that have been carried out between November 2020 and May 31, 2021. The maximum amount of the aid will be 2,000 euros, plus 200 euros per worker.

The second package of aid for companies is endowed with 268,225 euros from funds from the Provincial Council. These grants are intended for the self-employed and SMEs with up to 50 workers starting their activity before November 1, 2019, who have seen their turnover reduced by 25% between the months of November 2020 and May 2021 compared to 2019. allocate to the same expenses, with a maximum of 2,000 euros plus 200 euros per worker, with a ceiling of 3,000 euros. Finally, the bases of the contest for the Elda 2030 Strategic Plan have also been approved, “As you will remember, it is an initiative that will reward the collaboration of the establishments in the dissemination and visibility of the Strategic Plan. This contest is endowed with a total of 453,521 euros “, has indicated the mayor of Elda.

The act of presentation of the plans for the impulse of Elda in the office of the Mayor’s Office. ÁXEL ÁLVAREZ

All Elda establishments that are in direct contact with neighbors, with a showcase or support visible to the public, may participate in the contest. “We are talking about hairdressers, cafes, restaurants, bars, clothing and shoe stores, greengrocers, butchers, market stalls … The requirement is that they have begun to develop their activity before May 31, 2021”, has explained Rubén Alfaro.

The deadlines for the Elda 2030 contest are as follows:

The businesses and establishments that wish to take part must adhere to the promotion, participation and promotion plan of the Strategic Plan. Participation will consist of the decoration of the shop windows with the image of the Strategic Plan, which will be provided by Idelsa. Each establishment must make a publication on Facebook and / or Instagram with the hashtag # Elda2030, labeling the City of Elda. The contest will distribute two first prizes of 2,000 euros for the two participants who receive the most ‘Like’ in each of the two social networks; two second prizes of 1,000 euros for those who are in second position in each of the two social networks. In addition, second prize of up to 500 euros will be awarded to those participants who meet the minimum requirements and who can prove that they have promoted a high level of dissemination of the Elda 2030 Strategic Plan. Rubén Alfaro recalled that “This impulse plan joins the initiatives that we have been adopting since the beginning of the pandemic to help businesses, SMEs and the self-employed in Elda. In this sense, I would like to recall that from the first moment we have been at the side of the economic fabric and the figures demonstrate this: 563 businesses, SMEs and the self-employed have received aid in 2020 and 2021 for a total amount of 922,344 euros ”.