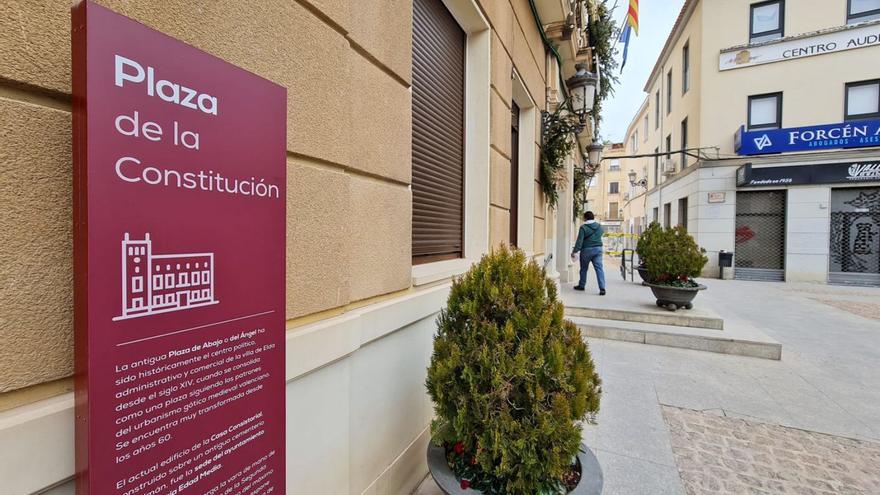 Elda continues to improve its urban image with the renovation of all vertical signage and urban furniture. It is a project included in the Elda Renace Plan that aims to modernize the city, improve its accessibility and reduce energy consumption. Specifically, some 700 street indicators are going to be replaced -most on facades although there are also vertical posts- and a hundred vertical signs, in addition to the renovation of all urban, advertising and informational furniture that has been undertaken in The last weeks. All signs conform to the corporate and institutional image of the City of Elda in both color and typography.

The performance of the Councils for Investments and Presidency, involves an investment of 242,000 euros and the deadline for its completion is next March. At the moment, the installation of the welcome to the city totems at two access points has been completed. Specifically, on Avenida del Mediterráneo it intersects with Calle Doctor Fleming and Avenida de la Libertad at the La Sismat roundabout. The installed totems have approximate dimensions of 150 centimeters wide by 400 centimeters high, their design complies with the institutional corporate image manual and includes the coat of arms and the name of the Elda City Council. The installation of welcome signage is added to that of other elements of urban furniture, such as advertising and informational urban furniture (MUPI), canopies and institutional or advertising billboards.

The change in signage, both institutional and commercial, is a demand that citizens have transferred to the City Council on multiple occasions, and for this reason it was decided to include it in the Elda Renace Plan as a priority investment for the Corporation. The municipal head of Investments and Presidency, José Antonio Amat, explained that “with this action we continue to make progress in improving the accessibility and image of the city and in its modernization. In addition, it will allow us to promote, through street furniture, actions to enhance Elda’s commercial fabric ”. The councilor has also reported that some panels will be equipped with solar panels to reduce the environmental impact and the identifiers of the streets will not change their current color. Two digital screens with useful information for citizens have also been installed inside the Central Market and at the door of the Castelar Theater.