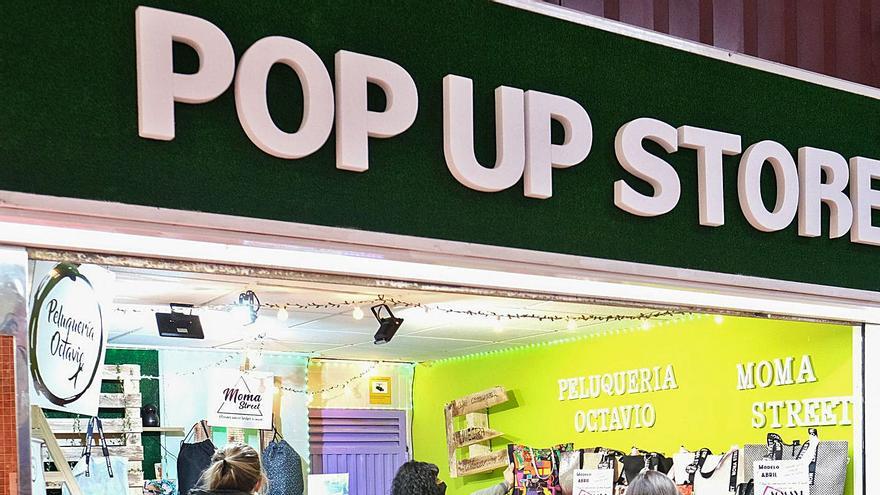 The commercial offer has also diversified. Traditional meat, fish, fruit or vegetable products have been joined or will be in the coming days, craft stalls, vegan cosmetics, decoration and even esoteric products. Other shops, such as the butcher shop in Alejandro Llorca, has carried out a renovation of its establishment. In total, a dozen positions have lifted the blind in a period of just two months. The number of positions is already close to 150 and there is a portfolio of applications for new openings under study.

And in this resurgence, the pandemic and the City Council’s commitment to promoting local and proximity commerce have played a fundamental role. The mayor of Elda, Ruben Alfaro, remember that «the Central Market is fundamental for the commercial activity of our city. Due to its location and its wide range, it is very attractive and convenient to buy, not only from the residents of Elda, but also from the rest of the region. I myself – he emphasizes – I am a regular customer of fresh products ».

During the confinement, many merchants opted for digitization, home delivery and online sales “and these are services that have come to stay,” says Alfaro.

The Department of Commerce and Markets has carried out during the last twelve months a intense campaign to promote municipal markets, including the one in San Francisco, and the Department of Sustainable Public Services have also made significant investments to improve the facilities. Among these improvements, with an item close to 40,000 euros, are the replacement of the pavement in different areas, the repair of cold stores and the public address system, the elimination of leaks, the replacement of ceiling plates and the construction of a walkway with railings in the second phase of the Central Market.

To these improvements must be added the investment that will be made within the Elda Renace Plan to renew the roof of the Central Market with an initial budget of 100,000 euros, as well as the conditioning of the Market Offices.

“The Central Market is the commercial epicenter of our city and for the City Council of Elda it is a priority not only to keep it in perfect condition, but also to make it attractive for the residents of Elda and the entire region,” he points out. Sarah López, Councilor for Commerce and Markets. In his opinion, the recent transfer of the Santa Bárbara market to Jaime Balmes street has also been a major shock for businesses in the area and for the Central Market itself, whose activity has increased notably on Tuesdays and Saturdays.

The first phase of the Central Market It was inaugurated in 1983 with an occupation of 100% of the existing positions. In the two plants of the first phase, all the sections that came from the old Food Market were enabled.

On December 1, 1984, the second phase was inaugurated, the occupation did not reach 75% of the set of the two buildings once they were distributed by sections. The fruit and vegetables were installed on the upper floor of the first phase and in the second phase the meat and other stalls were located. The fish stayed in the first phase, occupying 100% of the positions assigned to this activity. The evolution in the following years was downward in occupancy, in the 90s a large supermarket was installed in the central part of the second phase as a “locomotive” that failed to make activity rebound.

At the end of the 90s, a reform of the central part of the second phase was carried out and the fruit and vegetables were transferred from the upper floor of the first phase to the renovated plant. The occupation then reached 100% when it was completed with the installation of flowers and plants that, until that moment, were on the street. In the first phase, fish stalls were being lost, so the occupancy dropped to 75%. From a period of stabilization between 2000 and 2009, activity decreased, in the following years falling to 50% occupancy in the first phase and 60% in the second phase. And after years of decline, it was in 2020 when the Central Market of Elda began to resurface with force.