Mexico already has almost everything ready to celebrate this Sunday the largest elections in the history of the country.

They will not be so only by the number of voters but also by the number of leaders who will be elected: the 500 members of the Chamber of Deputies, the governors of 15 states and some 20,000 local offices.

The country reaches this intermediate election after suffering one of the most violent campaigns in remembrance in which at least 35 candidates were assassinated.

President Andrés Manuel López Obrador (AMLO), however, called on the population not to be intimidated and affirmed that security will be guaranteed so that people can vote without fear. He even accused some media of tabloidism and magnify what happened “with the desire to thin the atmosphere.”

Be that as it may, Mexico will have in this electoral appointment a tool to revalidate or not support for AMLO’s party in the middle of his term at the head of the government.

These are three of the keys to understanding the importance of these elections.

1. The future of the AMLO government

The victory of Morena, AMLO’s party, is more than guaranteed in the Chamber of Deputies according to all the polls made public before the electoral ban, but the key will be to see if it maintains the qualified majority together with its allies (more than 66% of the members) that it had until now.

Despite not having it in the Senate, this majority has so far made it easier for the ruling party to carry out -without the need to negotiate with the opposition- constitutional reforms contemplated within the project called by AMLO as Fourth Transformation (4T).

If this result is confirmed, the remainder of AMLO’s mandate could even see “the writing of a new Constitution. He has set Q4 as a historical milestone and in each of the three previous ones there was a new constitutional text … so in symbolic terms, it seems possible “, the political analyst tells BBC Mundo Palmira Tapia.

The result that most polls pointed to, however, is that of Brunette staying in most simple (more than 50%, the one he has in the Senate) along with the rest of his coalition, formed this time by the Green Ecologist Party of Mexico (PVEM) and the Labor Party (PT).

This situation will allow the group in power to make changes in laws and approve budgets or initiatives, but not those of constitutional rank that AMLO wants to consolidate his changes, so he will have to dialogue with the opposition.

“There he will need the support of other small parties, and I see the Citizen Movement (MC) as a key party. Because even when Morena does not reach a qualified majority, that does not mean that he cannot achieve it with subsequent negotiations, “Tapia warns.

One option that none of the main polls does is that Morena and his allies do not even reach an absolute majority or even lose to the legislative coalition that formed the traditional parties of the PRI, PAN and PRD.

In order to Valeria Moy, director of the Mexican Institute for Competitiveness, “a Congress without a qualified majority is convenient for Mexico, whoever it may be. No person is the holder of the absolute truth and should have counterweights and debate to obtain approval in Congress. The opposite is not beneficial for any democracy. “

Controversy still resounds in Mexico over the recent cover of The Economist in which he branded AMLO as “false Messiah” and “danger to democracy”. In economic terms, the British media highlighted the uncertainty that the business sector is experiencing due to the policies of the Mexican president, who described the cover as “stupid and very rude.”

The Bank of America Merrill Lynch Global Research. One of the three largest financial groups in the US, said in a May report that the loss of the qualified majority for Morena would be positive for the Mexican economy because it would limit its capacity for constitutional changes.

Also Read  Will Donald Trump pay for the damage he caused? (Analysis)

“The political uncertainty that such changes have generated, he impactador negatively on investment and, most likely, in Mexico’s growth potential, “reads the analysis released by Forbes, which places its GDP growth forecasts at 5% for 2021 and 2.5% for 2022.

Valeria Moy stresses that linking the country’s economic recovery to the result of Sunday’s elections would be a mistake since “Mexico is going to grow, like the whole world; when an economy falls 8.5% in a year, the normal thing is for it to rebound. after this time (of pandemic) in which the economy was practically closed “.

The economist and member of the Mexican Council for International Affairs (Comexi) shows her concern about AMLO’s “opposition” to private investment, especially in the energy sector that it defends belongs to the State.

“There he put the reforms to the Hydrocarbons Law and the Electricity Industry Law, which are a brutal blow to economic competition by privileging state companies over other national and foreign (…). We are sending terrible signals for investment “, He says.

Both laws, approved by Congress and currently suspended by decision of the judges, could face new brakes should AMLO’s party lose the majority in the Chamber of Deputies.

If successful, Moy predicts that the government will propose a tax reform in what remains of his mandate. “And it is worrying that they have a majority because a reform like this has to be done well, study and discuss it with others, and not take it out like these things that are being approved now ‘without changing a comma’, as the president says.”

3. Record of participation of women

Sunday’s elections will also be historic due to the considerable growth of women who aspire to occupy a position in the Chamber of Deputies or be in charge of one of the 15 states that elect governor.

In fact, it will be the first time that voters they will see a gender parity among gubernatorial candidates derived from the 2019 constitutional reform on parity, which could lead to an unpublished photo after the elections.

According to an analysis by Consulta Mitofsky, there are eight states where there is a greater possibility of a woman being its new governor: Baja California Sur, Chihuahua, Colima, Campeche, Guerrero, Querétaro, Tlaxcala and Zacatecas. In the last four decades, only seven women managed to be state mandates. 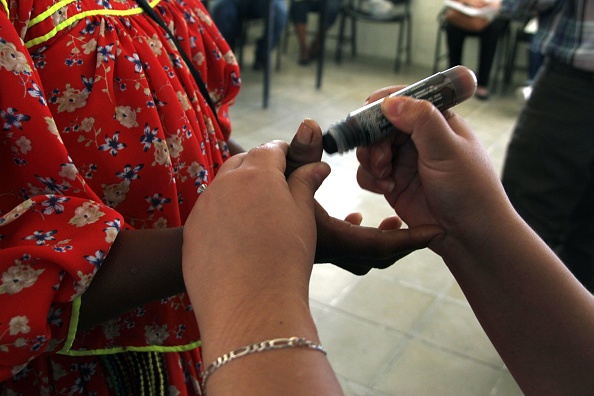 Despite the fact that the figures between genders are balancing, the National Electoral Institute (INE) detected that women still do not compete on equal terms, receiving, for example, much lower media coverage than men, sometimes stereotyped and with fewer resources.

Although the challenge also continues for them once elected in traditionally macho environments. “Many times they do not allow them to develop their work normally because they suffer attacks for the simple fact of being women, especially at the municipal level. The great challenge for women in politics in Mexico is gender-based violence, “she adds.

More than half of the electorate in Mexico are women who, moreover, turn out to vote more than men. Perhaps that is why one might think that, after the great force taken by the feminist movement in the country in the last two years, their vote could be decisive in these elections.

However, the fact that there are more women candidates has not necessarily translated into more proposals specifically directed at them during the campaign.

“I have not noticed a great difference in terms of more proposals made with a gender perspective. It would be desirable, but I don’t think a party can be identified as genuinely feminist “, says the political scientist Palmira Tapia.

“Perhaps it is risky to say that due to the long-standing context of violence against women, it will be reflected at the polls on June 6. But, without a doubt, thes women can determine for themselves the course of an election in Mexico “, Ravel concludes.