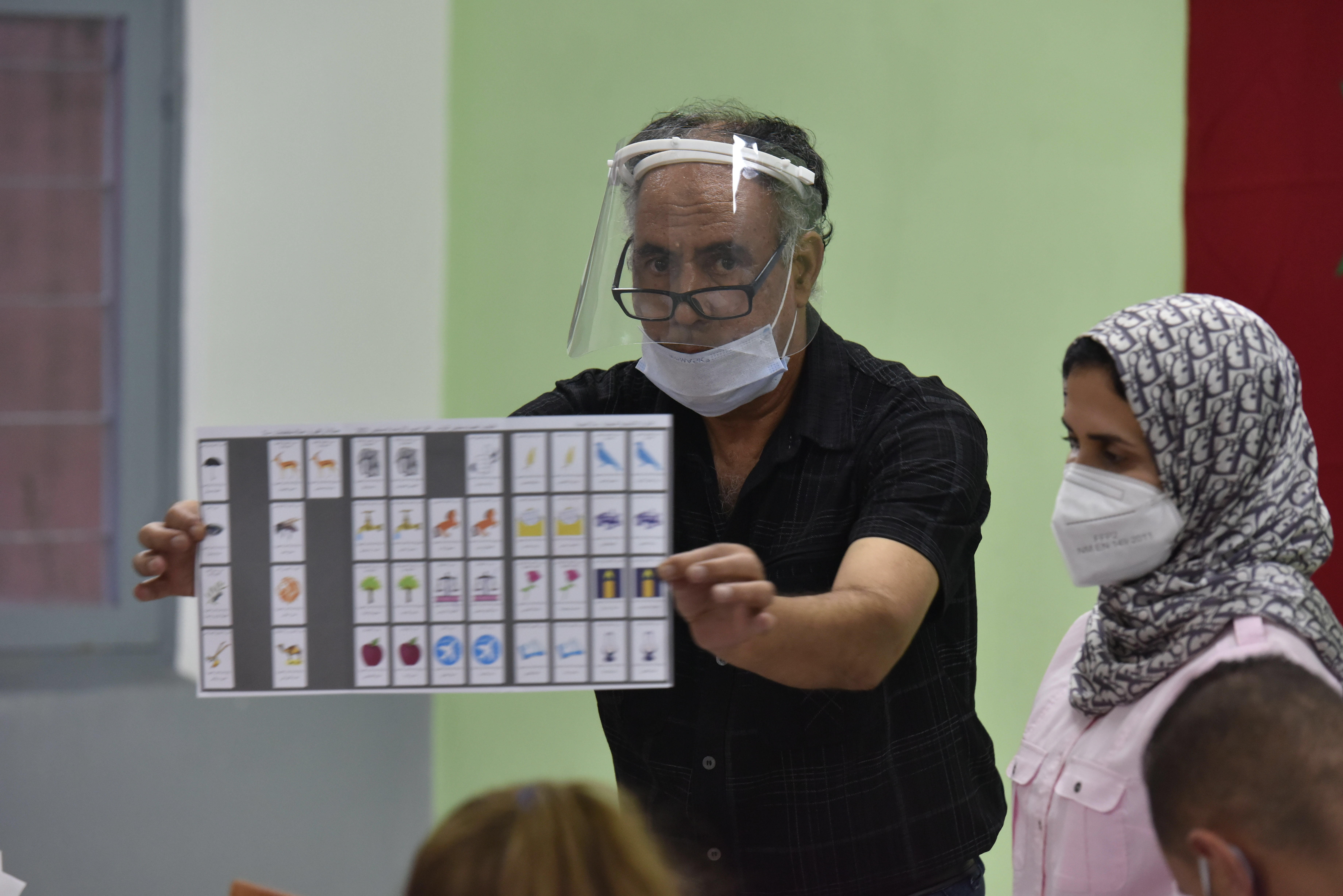 The Independent National Regrouping (RNI), led by the Minister of Agriculture and Fisheries, the billionaire Aziz Ajanuch, a friend of King Mohamed VI, has won the legislative elections held this Wednesday together with the regional and municipal ones, with 97 seats out of a total of 395 deputies. The figures were offered by the Interior Ministry at three in the morning, with 97% of the votes counted. The second place is occupied, with 82 deputies, by the Authenticity and Modernity Party (PAM), founded in 2008 by Alí Fuad el Himma, who is currently the main adviser of the monarch.

The big surprise has been the collapse of the Islamists of the Justice and Development Party (PJD), who have ruled the country for the last decade. This formation has gone from the 125 seats it obtained five years ago to achieving only 12. The third place in the legislative elections was obtained by the Istiqlal party (78), followed by the Socialist Union of Popular Forces (35). Then there are the Popular Movement (26), the Party of Progress and Socialism (20) and the Constitutional Union (18). The PJD shares the eighth position with other parties that until now had little relevance in the country.

Surveys are prohibited in Morocco. But almost everyone took for granted that the RNI of the oil magnate Aziz Ajanuch was the favorite to win the legislative elections, after ten years of the Islamists at the head of the Government. The money he has invested in these elections is well above the rest of the parties. Public opinion estimated that the Islamists of the PJD could lose the head of the Government and also some mayors of the main cities of the country, such as Rabat, Casablanca, Marrakech, Fez and Tangier. What no one expected is that the collapse of the Islamists would be so resounding.

The leaders of the PJD have been characterized in ten years of government for their moral integrity. Corruption has not touched them. That has been its great bulwark until now. The other hallmark was the absolute following that they have shown towards the directives coming from the royal palace, although sometimes these policies went against the historical demands of a large part of the militancy.

The PJD supported in June without question the law that will allow the commercialization of cannabis for therapeutic use. But what has marked a before and after in the trajectory of this party has been its support in December for the normalization of relations with Israel. This measure was promoted by the king, following a tripartite agreement between Morocco, Israel and the United States, through which then-President Donald Trump recognized Rabat’s sovereignty over Western Sahara. The PJD managed to overcome that moment without breaking down, despite the fact that some activists claimed the Palestinian cause on social media. The ranks of his militancy continued tight, but those of his voters fled in a stampede.

Abdelilá Benkirán, founder of the PJD, winner of the legislative elections of 2011 and 2016, and the party’s most charismatic man, despite the fact that he does not have any organic power, declared this Thursday to the digital site Le Desk, that his successor and current secretary general of the party, Saadedín el Otmani, must resign. Benkirán also supported the decision in December to normalize relations with Israel. He argued that the interests of the state had to be put before those of the party.

Several PJD leaders denounced at ten o’clock at night, at the headquarters of the formation, the fact that the money had been used to buy votes. They also complained about the electoral law approved this year by the Ministry of the Interior, which depends directly on the king, through which the incorporation into Parliament of small parties is encouraged, to the detriment of the most voted. The law, in effect, has also harmed the PAM, which went from second place in 2016 with 102 seats to 82. But the debacle of the Islamists is of such magnitude that it cannot be explained by itself with the approval of that law sponsored by the Royal Palace. An Internet user wrote this morning on Twitter: “The PJD has lost and has been lost when it betrayed the youth of February 20,” referring to the date in 2011 when the Arab Spring was born in Morocco.

The winning formation will be forced to form a coalition government, as has been the case since 2011. In fact, the winner RNI has been a partner, along with three parties, of the government coalition led by the PJD. In Morocco there is no institution whose power can be equated with that of the king, despite the fact that after the Arab Spring, the monarch slightly curtailed his powers. The so-called “sovereignty ministries”, those of the Interior, Foreign Affairs and Religious Affairs, will continue to depend directly on the royal palace.

The participation was 50.18%, higher than the legislative ones of five years ago (42%) and those of 2011 (45%). It is a high percentage if one takes into account that the campaign has developed in the midst of restrictions marked by the pandemic. 7.8 million voters voted out of 18 million registered. Analysts link the increase in voters to the carry-over effect of regional and local elections, whose candidates are often better known by citizens.

Now the king will be in charge of appointing the new head of the Government, once the parties have negotiated the conditions of their coalition. The magnate Aziz Ajanuch did not run as a candidate for the leadership, but as the mayor of Agadir. However, the Constitution would allow the monarch to place him at the head of the Government. Ajanuch has the second largest fortune in Morocco, after that of the king. Since 2007, he has been Minister of Agriculture and Fisheries, a key body in Morocco and in relations with Spain and the European Union. It barely grants interviews and has not given any to foreign media during the campaign.

So when Ajanuch speaks his voice is usually heard. In April 2017, he declared to the Spanish agency Efe, referring to Spain’s position regarding Western Sahara: “How do you want [los europeos] that we do the work of blocking African and even Moroccan emigration if Europe does not want to work with us today? Why are we going to continue acting as gendarmes and employing them [a los africanos establecidos en Marruecos]?”.