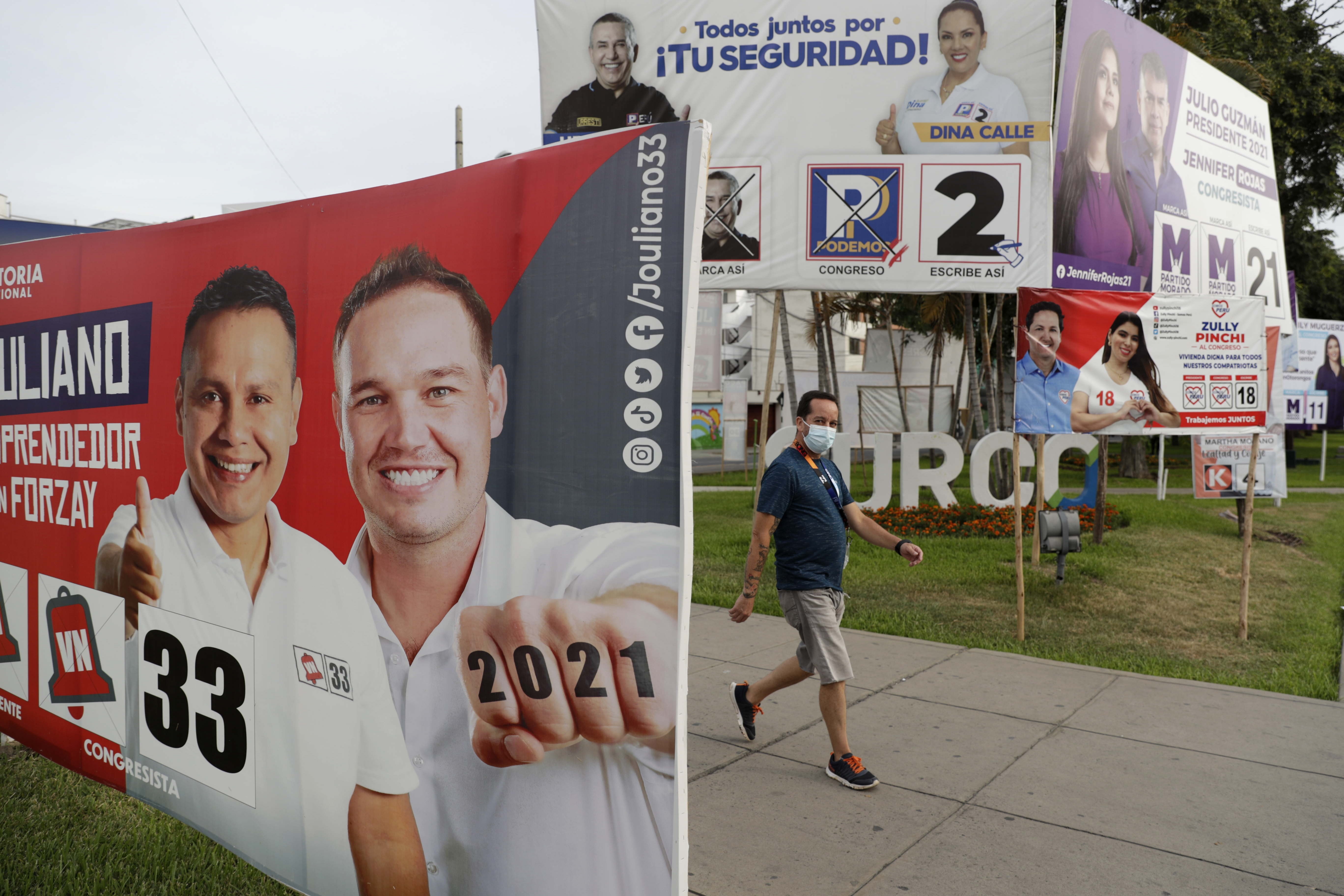 Less than a month before the Peruvian presidential election, the clearest and most contrasted data in the electoral polls carried out before does not go to any candidate, but to indecision. More than a third of potential voters are in the categories “white”, “flawed” or “null”, “undefined” and the like: they do not know, they have not decided, what to do with their vote. This almost 35% indecision contrasts sharply with the average of the presidential who, to date, timidly lead the polls: Yohny Lescano (9.4%); George Forsyth (9%); Keiko Fujimori (7%) and Verónika Mendoza (6.4%).

This configuration has been a constant in Peruvian polls since the country’s tumultuous end of the year, with three presidents in just a few weeks and a public mobilization that the Peruvian political scientist Alberto Vergara then described as “citizens without a republic”: an action spontaneous to remove the country from the edge of the abyss in which part of its political elites had placed it after vacating Martín Vizcarra through a process that still generates serious doubts among Peruvian constitutionalists, and replace him with the questioned Congressman Manuel Merino, which would hardly last a few days in office due to such protests.

These citizens in search of a republic, of a more stable democratic structure, have the election of April 11 as their first milestone. But the polls do not shed any light on who they prefer, today, to entrust the responsibility of institutional reconstruction. In fact, in these same polls, the average of the candidate with the most votes in any of them only decreases: it is already at a ridiculous 11%.

The cause is the enormous fragmentation of the vote that is maintained in all the polls. Right now, the two benchmark candidates are hardly so: Yohny Lescano (Popular Action) and George Forsyth (National Victory) have followed opposite trends; the first up, the second down. Both have anchored their campaigns in an anti-corruption, focused message, and a change of leadership, but this does not seem to say much in an election marked precisely by mistrust towards the established elites.

Keiko Fujimori, who maintains an apparent third place without variation in the polls, also tries to anchor himself in that conversation. The daughter of the best known former Peruvian president in the region is in the middle of a legal process in which the Public Ministry requests 30 years in prison precisely for money laundering, obstruction of justice, criminal organization and falsehoods in administrative proceedings. This burden, in addition to all his personal, institutional and family past, makes it extremely difficult for him to fit into a campaign marked by the new-old political axis; it is probably because of this that he increasingly leverages his speech in a position close to the reactionary right.

At the same time is the other woman who attends this first round with certain demographic possibilities: Verónika Mendoza is just 41 years old but has spent a good part of them doing politics from the left in the Peruvian Nationalist Party; now in the Together for Peru coalition. His candidacy is the clearest ideologically of all those that stand out for now in the polls (he attended, for example, the inauguration of the president evista Luis Arce in Bolivia). With the permission of Rafael López Aliaga, whose voting intention has been growing in 2021: a businessman first, a conservative politician later, he is basing his rise (still timid in levels but determined in trend) on traditional values ​​with a strong Catholic flavor.

The average volumes of intention to vote for all of them and several others are, in any case, so meager that they remain within the margin of error not only technical, but inevitably political in the face of an election that takes place without a clear compass. In the speeches of the candidacies, the usual ideological parameters collide, rather than intertwine, with a strenuous attempt to marry the anti-elite position with the need for stable institutional foundations.

In an attempt to clarify the picture a bit more, the survey house Ipsos published a somewhat different exercise on March 11. Instead of asking about voting intention, leaving the space open for undecided options, they forced those surveyed to deposit a card in a simulated ballot box. The result: 21% for Lescano, 14% with Forsyth, 11.6% with López Aliaga. Fujimori and Mendoza stayed above 10%. With five candidacies compressed into just ten points, and none accumulating even a quarter of the votes, it is not even possible to dissipate the enormous uncertainty with which Peru is advancing towards a decisive vote.