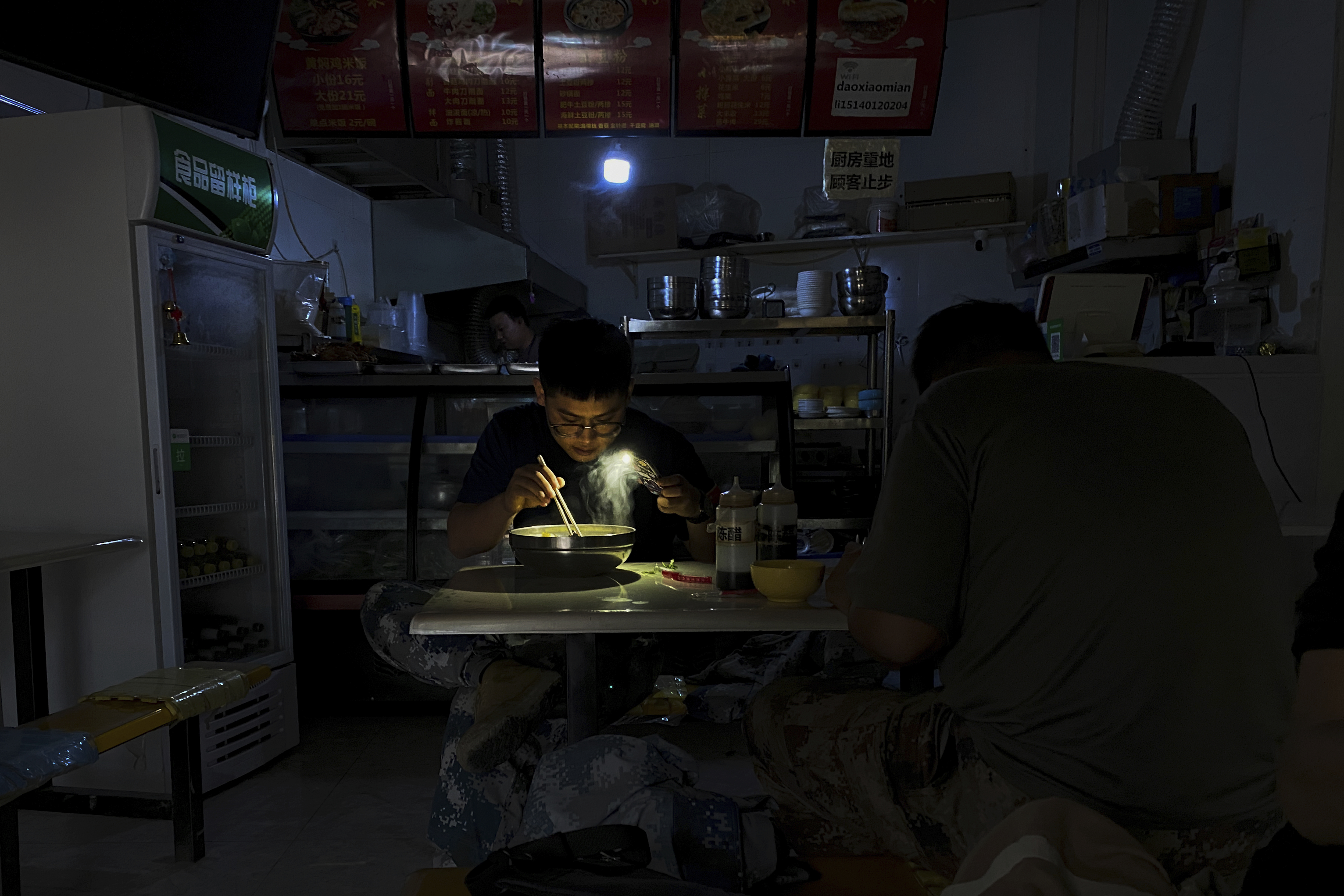 Out-of-service traffic lights and elevators in Shenyang, northeast. In Canton, in the south, entrepreneurs are hastily purchasing generators to keep their factories running. In central Hunan, billboard lights go out at peak times. Over the last month, and especially in the last two weeks, up to 21 provinces of the 31 in mainland China have been forced to adopt some type of electricity rationing measure to their industries or consumers, amid fears for the blackouts to have a serious impact on the world’s second largest economy in times of uncertainty about its real estate sector.

“In my grandparents’ village the temperature is already below zero, and they have notified that the ignition of the radiators will be delayed, it is not known how long. With power outages, other types of heating cannot be used either. My grandfather is 70 years old, they just had surgery, how do you expect these older people to survive without heating? In the northeast the winter is very long and very cold, with the blackouts the temperatures of -30 degrees are going to be very difficult ”, denounced a user on Weibo, the Chinese Twitter.

It is not the first time that supply problems force electricity to be rationed in some way in some part of China, although the normal thing is to cut the flow to the industries. What is much less frequent is that the cuts reach the consumer. Or that they spread out over so much territory.

The reason, a triple combination that makes China face problems with its electricity, as is happening in Spain and other European countries. But while in Spain the problem is reflected in the huge increase in the electricity bill, in China it has repercussions in blackouts.

On the one hand, China has seen a strong increase in electricity demand, fueled by an industrial and manufacturing sector at full throttle to meet orders both domestically and abroad, following the recovery after the coronavirus pandemic . In the first eight months of 2021, industrial value-added production grew by 13.1% year-on-year, and electricity demand rose by 13.8%. But coal production only increased 4.4%.

Added to this are the efforts of local authorities to meet their annual targets for cutting energy consumption, measured both in volume and intensity (the so-called “double control” in the energy sector in China), to achieve the national goal from reaching peak emissions by 2030 and reaching carbon neutrality by 2060.

In August, a report by the National Commission for Reform and Development, the body in charge of economic planning, estimated that two-thirds of the provinces failed to meet the targets set for them in the first half of the year. As a result, some provinces where there is no shortage of electricity, but did not meet their goals, have imposed rationing on some companies to conserve energy and try to reach the appropriate numbers by the end of the year.

But the fundamental factor, according to experts, is the shortage of thermal coal, which in turn has triggered the prices of both local and imported raw materials. Fossil fuel from Australia is paid at a price 205% higher than a year ago; the Indonesian, 233%, according to a report by the consulting firm Lantau Group. These costs have made power plants fueled by this fuel uneconomical to operate, which is why some have stopped or are operating below capacity: the Chinese system, which maintains cheap electricity prices, “prevents the end user from having adjustments in cost large enough so that the generators could cover the losses due to the fuel sector ”, point out the Lantau analysts.

This shortage and rising prices of coal – the main source of energy in China, around 67% of the total – responds, in turn, to what the Council for Electricity of China has described as a “perfect storm”. In the case of imported products, the cost is increased by the trade war between Beijing and Canberra, or the heavy rains that have complicated transport from Indonesia, which have triggered future prices.

In the case of domestic fuel, to the cuts in production since 2016 it has been added that some mines have stopped production after incidents of occupational safety; requests to expand production must go through time-consuming procedures; investigations into corruption cases in mining companies have affected Inner Mongolia, one of the main extracting provinces. To which is added the prolongation, beyond what used to be usual, of the high summer temperatures in southern provinces such as Canton, which also increase the demand for electricity to power air conditioners; in the north, where temperatures are already beginning to drop, the season for acquiring coal for heating during winter has begun.

Although inventories are at very low levels – the six main generators have storage of 11.31 million tons, enough for only two weeks, according to Sinolink Securities, quoted by the newspaper South China Morning Post– the Chinese government insists that the supply for the winter season is guaranteed, and residential consumption – one fifth of the total in China – will be “protected.”

The National Reform and Development Commission has announced, in turn, forceful measures to tackle the problem before discontent spreads among the population, or the cuts affect economic production. This Wednesday it declared that it will allow electricity rates to adapt to the laws of supply and demand. The Government, it stipulated, “will not prevent electricity prices from moving in a reasonable range and will allow prices to reflect market laws and changes in cost.”

In addition, it will increase coal imports, to cover both the demand for heating and the generation of electricity. And to guarantee the supply of thermal coal to the provinces of the frigid northeast, the most affected by the blackouts, it will pressure mining companies to sign long-term contracts with generators.

Fear of the effect of blackouts on the economy dragged the Chinese stock markets down on Wednesday; Shanghai fell 1.8%. In previous days, the power cuts had caused both Goldman Sachs and Nomura to lower their growth forecasts for this year for the Chinese economy, which until now remained at 8.2%. The US investment bank lowered them to 7.8%; the Japanese financial services group, at 7.7%.