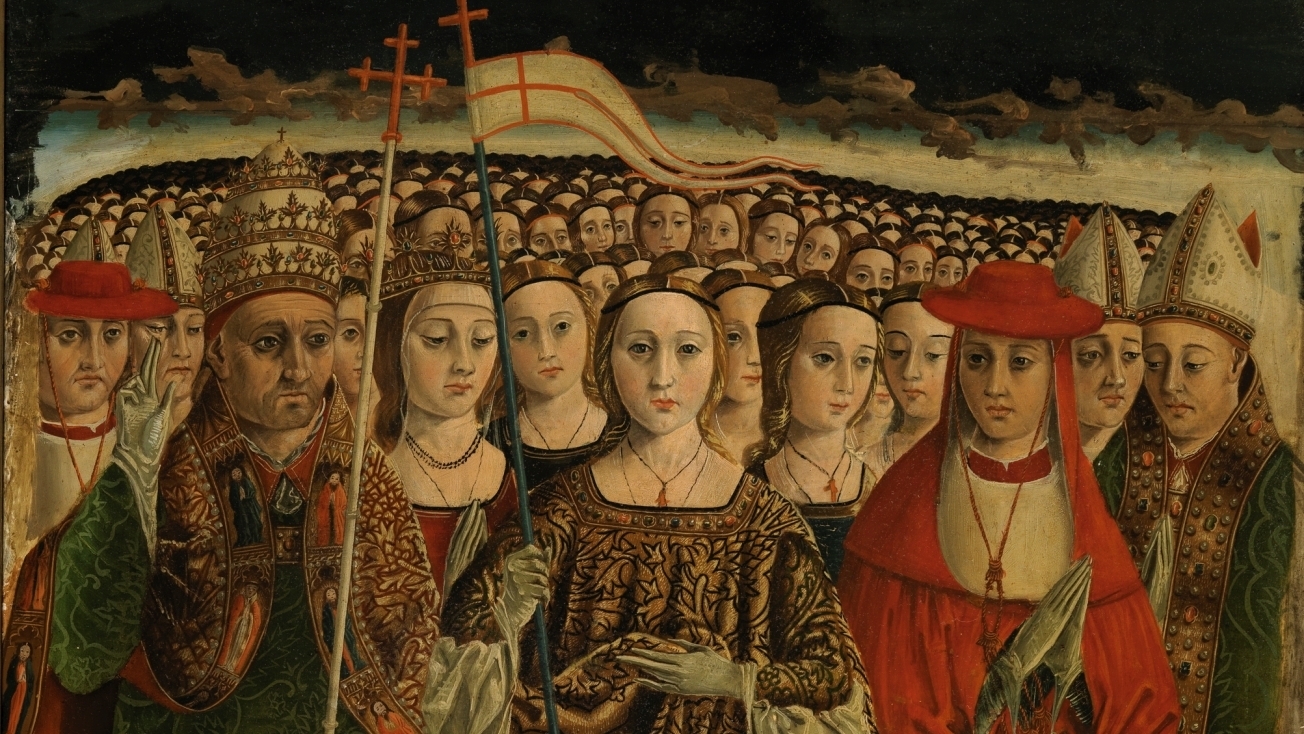 The lives of saints and stories of miracles were beloved reading for our ancestors. The saints were vilely tortured, but they resisted, they confronted their torturers with dialectical ease, they kept their dignity unscathed and sometimes they were aided by clouds, trees or lightning. The breath of that writing of prodigies can be seen even in current literature: the magical realism that fascinated us in the (new then, already classic) Spanish-American narrative had its roots in those amazing stories of paranormality that today television serves us cooked in other dishes: the programs on mysterious events and extreme challenges or the reports on runaway meteorological phenomena. So we eat the same fictional food as our predecessors, whom we nevertheless make more credulous and innocent than we are.

Among these stories, I am particularly fond of that of Saint Ursula of Cologne, the young woman of the 4th century who, returning from Italy, was martyred in Germany by Attila’s troops. The narration of the legend provides other details: she had gone to Rome to consecrate her vows of virginity and did not go on pilgrimage alone but with eleven other maidens. But someone made history wrong at some point, and this error is explained through several hypotheses: one of them is that five centuries after Saint Ursula, a copyist wrote the number XI in Latin to speak of the eleven virgins in the phrase “11 m virgins“, with a m which means martyrs (eleven virgin martyrs) but which was read and copied again as eleven thousand virgins. The story of the eleven thousand virgins was extended in chronicles and iconography: medieval European paintings and engravings from then on represented Ursula surrounded by hundreds of figures, establishing the idea that the massacre of the Huns annihilated eleven thousand and not eleven companions.

The fiction of the eleven thousand virgins is as crazy in number as it is understandable in origin: a classic human copy error. Someone transcribed wrong, someone misinterpreted. Today these errors continue to occur, more dangerous when what is vitiated is a message that should not be incorrect, ambiguous or clumsy.

There were not eleven thousand virgins, they were much less. And the reverse is true for text and style correctors: there should be many thousands more than there are; companies and organizations should be committed to linguistic care. Writing well is not an elitist whim and having good copy and style proofers is not a luxury. In a world where consultants teach us that we have to know how to sell ourselves, cultivate our personal brand and carefully choose the colors of our logo, we sometimes underestimate an immediate and transcendent element: the careful linguistic brand, which not only interests those who work in the world of books but to any company that writes, that is, to all of them. I’m talking about professional proofreaders, bungling or absent-minded debtors, specifically trained experts who celebrated their day yesterday. If Úrsula Iguarán, the matriarch of One hundred years of loneliness, was the character of sanity and rationality in the novel, these correctors are the grounding of our texts, the Úrsulas who check that the letters do not shoot us.