Roger Federer during the last match of his career. / EFE

One of the phrases in self-help books is that age is a state of mind. There may be elderly people in their 30s and adolescents in their 60s or 70s. In the case of sports, especially professional and elite sports, this reality collides with physical exhaustion.

Roger Federer has decided to hang up his racket for good. The Laver Cup has been the last tournament with the presence of the legendary Swiss tennis player, after more than a year fighting against a knee that underwent surgery three times. The other two served him to continue, but he has ended up giving up. «I stopped believing that he could continue playing (.) The last three years have been very difficult, he said in a short way, he pointed out in a recent interview.

Born in 1981, Federer leaves with 20 Grand Slams behind him and having starred in a legendary rivalry with Rafa Nadal and Novak Djokovic. The presence of these titans of the racket has been, in part, what has made it last much longer than is reasonable for a tennis player. Pete Sampras, who until the arrival of Federer was the one who had won the most Grand Slams, retired at the age of 32.

From the same generation as Federer is a Fernando Alonso who has been chasing the dream of the third Formula 1 World Championship for years, who has gone through different phases and who now at Aston Martin wants to put the icing on the cake of a career that will be legendary, more because of his age that by the numbers, that too.

At the next Singapore GP he will become the driver with the most races in the history of the competition, and he still has two or three more years to go in the big circus, before moving on to other disciplines. The Dakar, where he has the example of the veteran Carlos Sainz (60 years old), will be one of his next challenges.

Also Read  Wanda Sykes: will we be laughing at You've Been Snooped On? | Rebecca Nicholson

The case of Alonso, like that of Federer, or that of an Alejandro Valverde who at 42 years old (the age at which the legendary Valentino Rossi retired from motorcycling) is facing his last cycling competitions, are less and less exceptional.

Although that border of 40 years still exists, many decide to stretch beyond what not so long ago seemed impossible. Those who make the decision to continue often use the same approach: “As long as I feel competitive and my body lasts.” Therein lies the crux of the matter: recovery and physique take their toll.

“The decision to leave goes through a correct visualization of your future. Normally, they are going to have to compete with much younger people and it is true that, being highly competitive people, their fitness level is 100% but they are not going to be able to avoid metabolic and muscular aging,” says José Antonio Martín Urrialde, doctor and professor of physiotherapy at CEU San Pablo University and specialist in sports medicine.

Rafa Nadal executes a hit during the last US Open. /

In this sense, mental preparation is key and they must accept that those who grew up seeing them succeed are now their rivals. «They are people used to winning and suddenly they enter a phase in which winning can be an option, but losing is also an option because a younger rival arrives. Especially in individual sports, such as in Formula 1 with Fernando Alonso or in tennis with Federer himself and, I presume, the case of Nadal when he arrives, ”admits Professor Martín Urrialde.

The decision to retire is not always something that is made consciously. There are many elite athletes who leave him forced by the accumulation of injuries, in the case of Federer, or by unexpected ailments, as happened to Iker Casillas. The international goalkeeper was forced to hang up his gloves overnight when he suffered a heart attack during training. He had to rely on his closest family and friends to go from day to day training and games (and the last ones, from the bench) to being at home.

If that heart problem had not occurred, at 41 years old (he is 81, like Federer or Alonso) he would still be active, like his idol and friend, Gianluigi Buffon, who at 44 is facing the final stretch of his legendary career in the Parma from series B until at least 2024.

The same age as Casillas is Joaquín, legend and standard bearer of Betis, who is already preparing to leave the playing fields to storm the television world, with his program ‘El Novato’. The one from Puerto de Santamaría had planned to leave it in the summer of 2022, but he decided to lift the Copa del Rey. One more season he seemed obliged before dedicating himself to television.

With more than 40 years, making the decision to retire is not easy because the barrier is evident. Many of them already have a more than settled family life and go from traveling around the world to staying at home enjoying their own.

Kimi Raikkonen, Alonso’s direct predecessor in F1, retired in 2021 with two children and a wife; the Asturian, on the other hand, is not even married. Both one and the other must think carefully about what to do and not fall into complacency. In other words: they must learn that the walls of their houses, however luxurious they may be, do not fall on them. Returning to the Alonso case: he left in 2018 and realized that he missed him too much.

The three stages of mental preparation 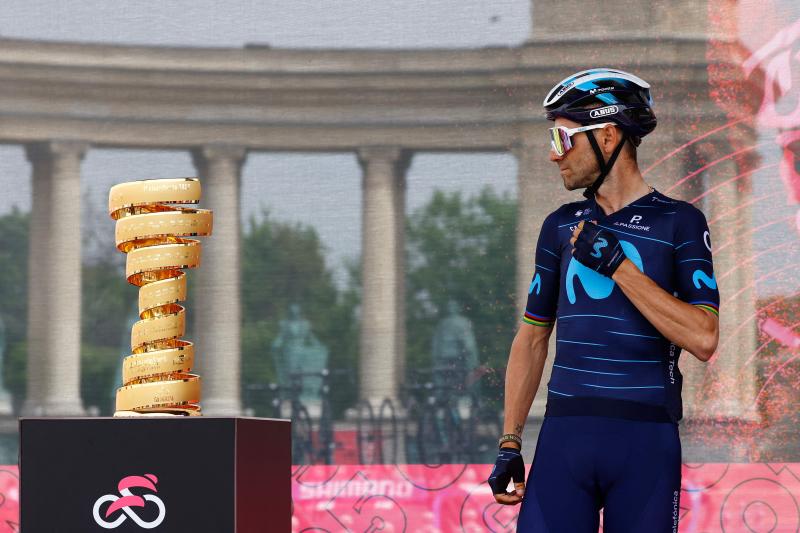 Mental preparation is as important as physical preparation to prepare for the end of the professional stage in competition, and there are many elite champions who rely on specialists such as Amaia Tainta, a sports psychologist and guest professor on the Master’s Degree in General Health Psychology at the University of Navarra.

«The years before making the decision to retire are usually complicated and there are three stages: before, during and after. In the ‘before’, we work on the fears that the athlete may have about this withdrawal, and on how to anticipate and plan it. Once the decision is made (the during), the important thing is to focus on the athlete enjoying the sporting activity. Finally, (the after) work is done during the months after the withdrawal in which the athlete knows how to adapt to his new way of life and face his new challenges », he points out in this regard. That work, whether individually or with help, is key to making the transition from the land to retirement smooth and seamless.

What is clear is that, as in pharmacy, in sports there is everything. There are idols who prefer to leave it at 30 with half a life still to live and there are those who prefer to be the grandparents of their sport until it is this that forces them to leave. Whether with 30, 35 or 40, only a select few can leave with the legendary vitola, the case of a Roger Federer who will remain one of the greatest of all time.