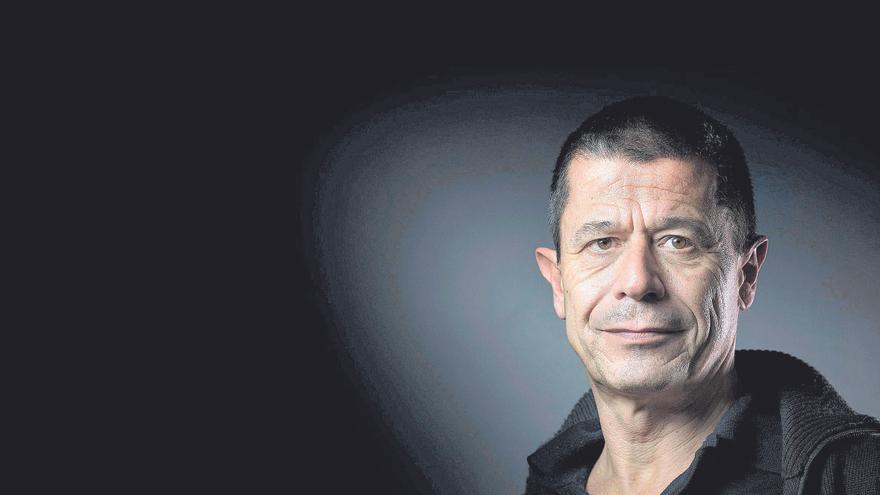 For many books Emmanuel Carrère’s readers have known that no matter how twisted some of the real protagonists of his stories are, such as the murderer Jean-Claude Romand or the ineffable Russian author Eduard Limónov, none of them beats the writer himself in complexity, who has exhibited his own crises throbbing on the dissecting table. In the last one, Yoga (Anagram), he recounts his latest crack-up when he was trying to write a nondescript book on meditation, which he has practiced for 30 years: he lived closely with the Charlie Hebdo attack – a friend died there – and the crisis of the refugees, whom it assisted; suffered a championship depression that required electroshocks, and lost his publisher. He also separated from his second wife, the journalist Hélène Devynck, but the reader will not find that because his ex imposed his right to veto the divorce contract and he did not like what he read.

Q. He wanted to write a small and subtle book on oriental discipline that promises harmony and tranquility but life and its miseries imposed something else on him.

A. In spite of everything, I have the feeling that I have ended up making a better book than the one I planned. Because yoga is not only about tranquility but about trying to encompass the maximum of the human experience and not split it into two parts, one desirable and the other not. Yoga is not just a set of asanas, although it is good for health and balance. I make fun of that a bit, without malice. Kafka said that writers should deal with the negative side of life and I would not say so much, but ignoring it is not something that yoga should do and neither do I want to do it.

Q. In your book you say that you have “an exceptional talent to destroy a life that could be happy.” Is this a guilt book?

R. I hope not. There is enough misfortune in this life for us to add guilt to it. Indeed, I have a neurotic tendency that does not allow me to be the happiest person in the world, although at the same time I am someone who is easy to live with. I think we are not here to be happy but to know more. Knowledge comes before joy.

R. What makes you suffer is neurosis. Life is painful, of course, but if you have a better understanding of what is happening, you feel that you are not suffering in vain.

Q. Has depression taught you anything? Can you write while depressed?

R. In a state of deep depression such as mine, you are not in a position to write anything. Now when you have dated it is an aspect of your own experience that you can try to say something about in a way that is useful to others. It is good that a certain echo is generated because there are many people who feel ashamed of themselves or others in the face of mental illness and the fact of talking about it without guilt is very useful. I have received a lot of feedback from both people who practice yoga and those who practice depression. I claim that utility.

P. The book also participates in the bipolarity that the psychiatrists diagnosed.

A. Before they called us manic-depressive. I have it at a mild level, in the sense that despite having had a very beastly crisis I have been able to continue with my day to day. In our lives there are mood swings, we have all gone from laughing to crying at some point but the disorder makes these feelings worse and everything becomes much more visible. This is good for a writer.

Q. After having confessed a great dependence on religion in The Kingdom, you now say that your life support is yoga.

A. In both cases it is a journey that allows you to acquire knowledge and greater personal knowledge. They both try to make us better people. I think that both disciplines, so to speak, start from that aspiration. I did not stop being a Christian to become a yogi, I still have great fidelity to Christianity, although I do not consider myself as such.

Q. Draw yoga practitioners as numbs concerned only with their breathing when the world is collapsing around them.

A. That situation was very disturbing. We were 100 people in a Vipasana center without communication with the outside while the Charlie Hebdo attacks were taking place and the response I received when they informed me and I decided to leave is that terrible things are constantly happening in the world and if we stopped for it we would never do anything . Luckily yoga is not just that.

P. As in previous books here the absolute protagonist is your ego, important, well constituted and self-conscious. What space does it leave for the victims of the world?

R. Well, I can worry about myself, but necessarily reality, misery and violence are imposed on me.

Q. What was imposed on him was a depression for which they had to admit him and apply electroconvulsive therapy (ECT). Isn’t it unsettling for a writer to remember nothing of the experience?

R. I do not have access to it directly. They are reconstructed memories from friends and relatives. It was like falling into a well. While we are talking to a good friend of mine they are applying this therapy to her. Yesterday we spoke on the phone and I told him that our conversation would disappear, that he would forget everything. On the other hand, I know that your husband is writing everything down as if he were building the memory that is going to disappear. It is an extraordinary act of love that will be especially valuable to her.

P. Speaking of black holes, there is one that marks the entire book, the total suppression of the passages where he spoke of his ex-wife and the separation.

R. It is true that there was a veto clause on her part in our divorce but it did not occur to me that she used it in what I wrote because there was nothing offensive or hurtful. I thought you would tell me to tweak this and that a bit …

P. But he forced his figure to completely disappear from the book. It is something that is perceived, an absence of iron.

R. I explain three years of my life and she was the main character. My situation was complicated, I couldn’t help but respect his decision and the result is exactly that. A strange hole, a peculiar ellipsis that makes it even more strange in its composition.

Q. In an interview, your ex-partner perceived in the book, and I quote, “a will to destroy” directed at her.

R. I have written about my wife from love contrary to what she says about me. The only thing I can say about that is that it is false.

Q. I think this is the first book that you write in shorthand with eight fingers instead of just one as you have done so far.

R. (Laughs) That’s right. I would like to tell you that the result is significantly different for this detail, but I am afraid it is not.