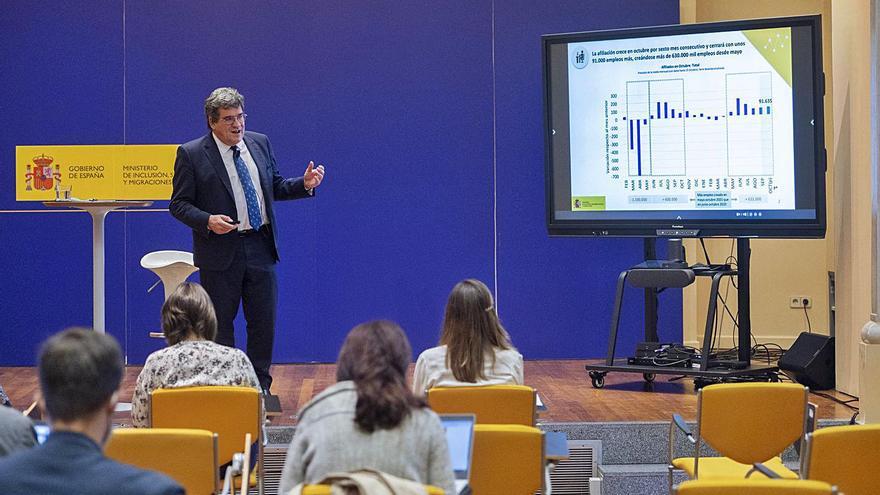 The text, a draft law, provides for the creation of public promotion employment pension funds (FPEPP), the creation of which will be controlled by the Ministry of Inclusion and whose operation will be supervised by a control commission with 17 members, appointed by the unions ( four), the employers (four) and the department headed by José Luis Escrivá (nine). The norm also includes a mechanism to create simplified plans, which may be promoted by sectoral economic organizations, public institutions and associations of the self-employed and which will have to be integrated into public funds.

The new public promotion funds, according to the text of the draft, will be created at the initiative of the Ministry of Inclusion through the Promoting and Monitoring Commission, a new ministerial body, made up of five career officials and who will not charge remuneration for this task . His appointment and removal will correspond to the department headed by José Luis Escrivá. This commission will establish and approve the common investment strategy of the FPEPPs and will exercise the supervisory tasks over another organization that will be the one that effectively directs each particular public fund: the special control commission, with 17 members appointed by the Promoting and Monitoring Commission. between «four […] proposed by the most representative trade union organizations, four by the most representative business organizations, and nine [..] appointed by the Ministry of Inclusion ». The duration of their mandate will be six years, with renewals every three, and they will receive a remuneration determined by regulation.

These funds will be administered by a managing entity with the assistance of a depository entity, which will have limits on the management and deposit commissions that may affect the participants: they may not exceed 0.4% of the value of the position accounts to those to be charged “(in the case of managing entities) and 0.1% in the case of depositories. The investment policy of these funds will have to be governed “exclusively in the interests of the participants and beneficiaries, taking into account the profitability, risk and social impact of the investments.”

The simplified occupational pension plans, which will be integrated into the FPEPP, are aimed at promoting savings among wage earners, public employees and the self-employed. They may be promoted by “companies included in sectoral agreements linked to collective bargaining, public administrations and public commercial companies and associations of self-employed workers, professional associations and mutuals linked to these”.

The promoter commissions of these simplified plans will be those that present their project for inclusion in one of the open public promotion employment pension funds (FPEPP), and it will be the special control commission that decides if it can be integrated.

The purpose is to extend the possibility of saving for retirement to groups that until now did not have easy access to employment plans, such as civil servants of small local entities or also self-employed workers, “of whom it is estimated that they have subscribed more of a million personal plans, with high commissions “, while this initiative of the ministry, according to its explanatory memorandum, will allow” that they have access to employment plans, under more advantageous economic conditions than those they now have. ”

Direct access to the minimum income of the unemployed without subsidy

People who are unemployed and exhaust their allowance will automatically be able to access the minimum vital income, thus avoiding a transition period without income. The different modifications to speed up access are pending approval in Congress and through them the Government estimates to double, to 1.6 million, the beneficiaries of the minimum vital income throughout 2022.