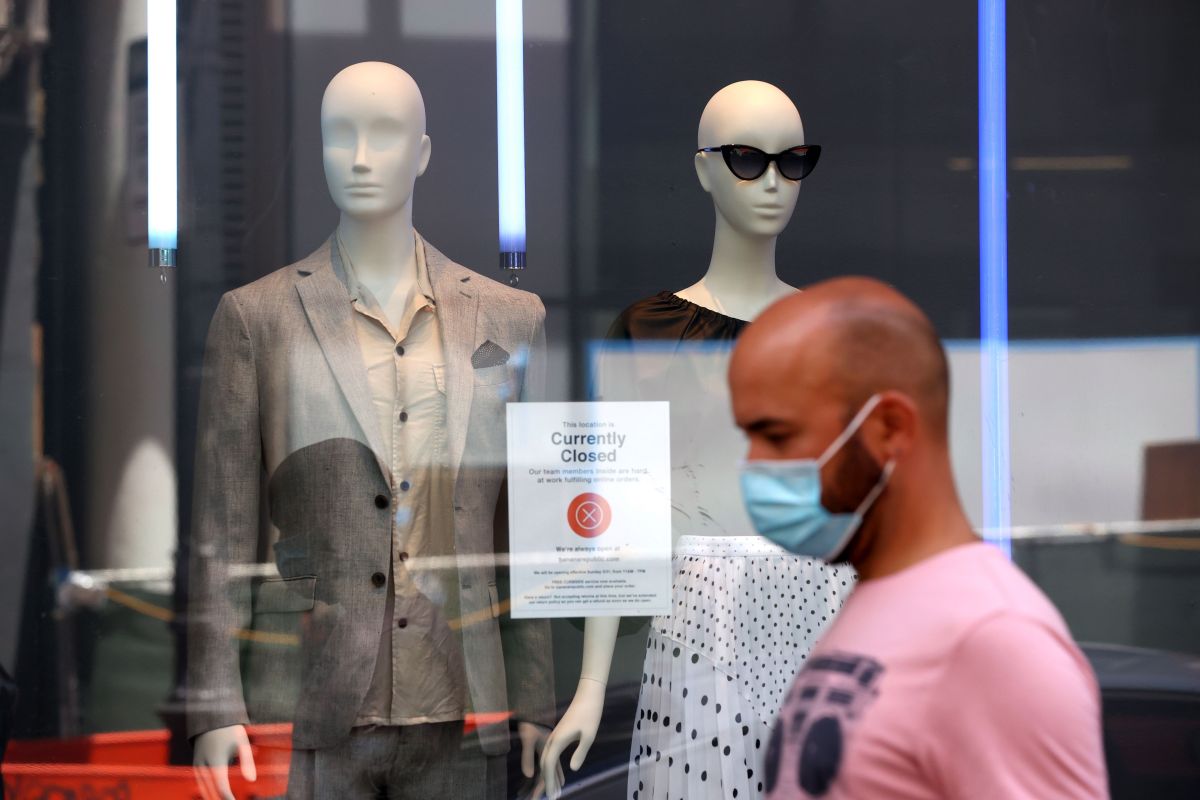 Many unemployed are already collecting an extension of the collection./Archivo

Last week 709,000 people applied for unemployment insurance or collection for the first time, about 48,000 less than in the previous week. Another 298,154 people who normally work as freelancers, contractors and in the gig economy, requested this protection that is provided in these cases especially due to the pandemic until the end of the year, the so-called pandemic assistance or PUA.

In total, a million new people have been joining those who are already receiving this aid due to lack of income. The previous week this figure was higher because 112,000 more workers applied for the aid.

Progress towards improvement is a fact. But it is also true that it is slow and that has consequences.

As Heidi Shierholz of the Economic Policy Institute recalls, there are now 34 weeks in a row in which total applications for unemployment assistance exceed the worst week of the Great Recession of 2008. If the PUAs are eliminated, the demands are three times above what they were a year ago.

And soon this elimination is not going to be an abstraction. This benefit ends on December 26.

In addition, a good number of workers will also be rushing their regular collections. These usually last 26 weeks. The crisis is longer than this. Some of the drops in continuous request for this collection are due to the fact that many people have already left this aid, which continues with an emergency payment during the pandemic that has an additional duration of 13 weeks.

This aid is not going to last as long for those who start applying for it because it also expires just after Christmas.

More than 552 billion workers are now dependent on extended benefits from their states for having exhausted all forms of aid.

For Oxford Economics analysts, it is clear that the labor market is badly damaged and it is something that will hold for a while. There are 21.2 million people receiving benefits from the state. The statistics suggest that 60% of them will stop receiving them on December 26, it is more than 13 million people.

Meanwhile, Washington maintains the paralysis on aid that was urgent for months. The complications added after the elections further complicate the picture of the possibility of making a reality of aid that a large part of the country depends on, especially when COVID cases continue to increase at an exponential rate.

The normal restrictions to ensure the fall in infections and those imposed by the reduction of a demand that cannot be maintained without sufficient income from consumers will greatly complicate the economic outlook.

“Although there are prospects for an effective vaccine on the horizon, COVID infections and the near end of fiscal aid represent a downside risk to the economy in the short term. Representatives must approve a package of aid that we do not expect to exceed a trillion dollars ”, they explain in Oxford Economics.

Despite progress in the search for a vaccine for COVID, it will take time before it is ready and a distribution begins that will feel slow. Furthermore, it first has to be declared safe and approved by the authorities. All of this prevents having a return to normality of the prepandemic and with it economic improvement.

The economic panorama continues to depend on some stimuli, which do not arrive, although at the point where the consequences of this disease are, they will be inevitable.

The first one is how this situation affects female employment. The Bureau of Labor Statistics certified at the end of October that the jobs that are suffering the most are those in which more women are employed. In addition, given the situation in education, with remote schools, and less help with the elderly at home, women tend to take control of domestic life, leaving professional life behind due to lack of alternatives.

Finally, many of the jobs done by women are not capable of being done electronically.

The education of minors and the destruction of small businesses that are, together with the middle class, the backbone of the economy, are other circumstances that will be a challenge when it comes to rebuilding what COVID has destroyed.