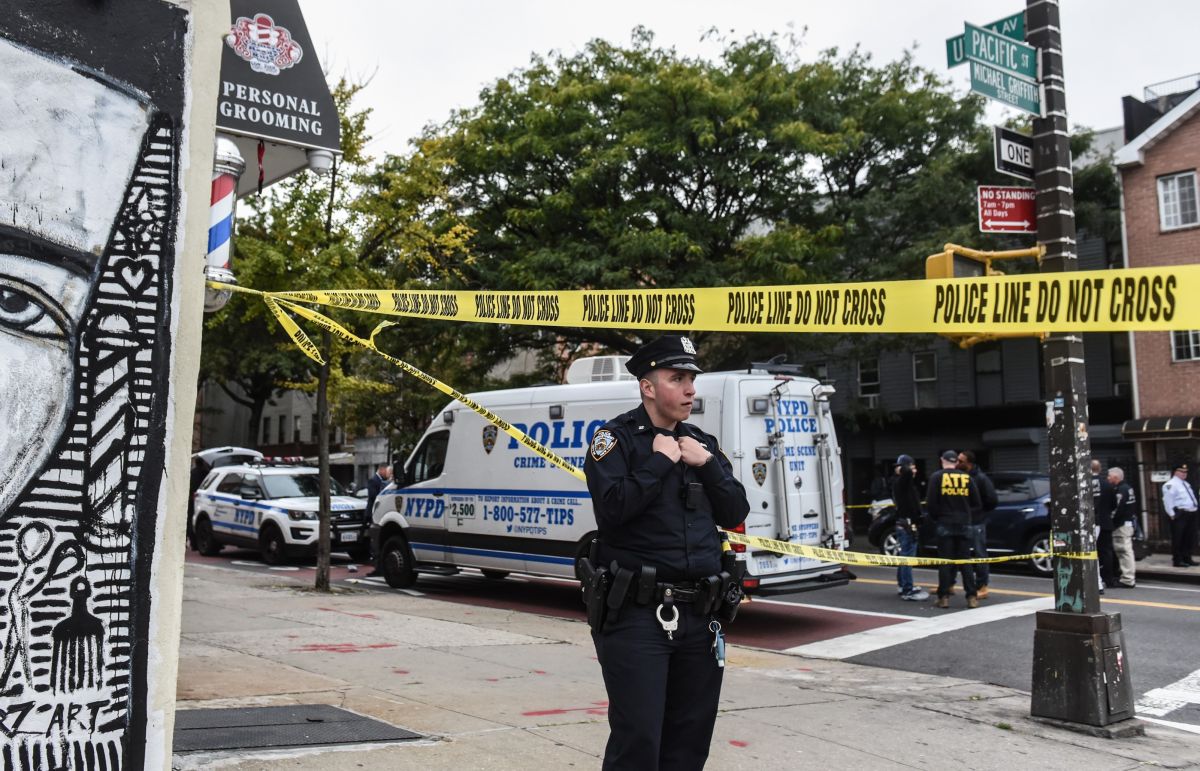 Summer is over, a season that for the Big Apple is usually marked not only by the rebound in temperatures, but also by high levels of violence and crime. But this year the authorities of the City of New York have a positive balance: 28% decreased murders and 19% shootings, if compared to the bloody year 2020.

Mayor Bill de Blasio, who launched the ‘NYC Safe Summer’ program last May in the midst of a rising ‘war’ of shootings and murders that had been dragging the city for 16 continuous months, said this Thursday that “we have had real progress ”.

“We take out more cops to the streets, we invest in the most vulnerable communities to expand the violence prevention process. And we also increase arrests for firearms, ”explained the municipal leader.

Last summer the streets of New York City registered the highest rates of criminal violence seen in decades, now the City celebrates that compared to a 2020 defined also by the COVID-19 pandemic, detonations only in August had a drop of 31% and murders 9%.

Indeed, homicide rates in the Big Apple remain below other large cities in the country such as Los Angeles, Chicago and Houston.

In the inventory the authorities highlight the month of July, traditionally the most violent, in those weeks the homicide rate it plummeted almost 50%. And the shootings by 35%.

The report also points to 29 murders throughout the month of July 2021, compared to the 57 reported in July 2020 in the heat of the pandemic and the demonstrations of police brutality.

Follow-up to each shooting

The strategy of the New York City Police Department (NYPD) focused on closely monitoring each shooting recorded in the warmer areas of the Bronx, northern Brooklyn and eastern Queens where the violence was beginning to beat.

The chief of detectives of the Uniformed, Rodney Harrison, notes that they worked on precision surveillance in the quadrants where alarms were being set off, hundreds of people with possession of weapons were arrested and help was offered to young people from neighborhoods who were in risk of gang involvement.

“I want to highlight the case of The Bronx, where for months we struggle with many shooting incidents. There, this year we have achieved 882 arrests for weapons so far this year, this means an increase of 30%, ”said the head of the NYPD.

The case of Brooklyn is also the subject of analysis. As a whole, this county has had a drop in the number of shootings by 20%.

In the same period of 2020, 491 detonations had already been recorded. This year 389 have officially been registered.

Mayor De Blasio considers that it is not time to “claim victory” in the war against crime, since the city still depends on the full functioning of the judicial system.

“We do not see the courts in full operation and that is hurting us. We must treat all serious crime cases the same way gun cases are handled at this time. This is affecting public safety and it is damaging the prison system, like what we see on Rikers Island, ”he claimed.