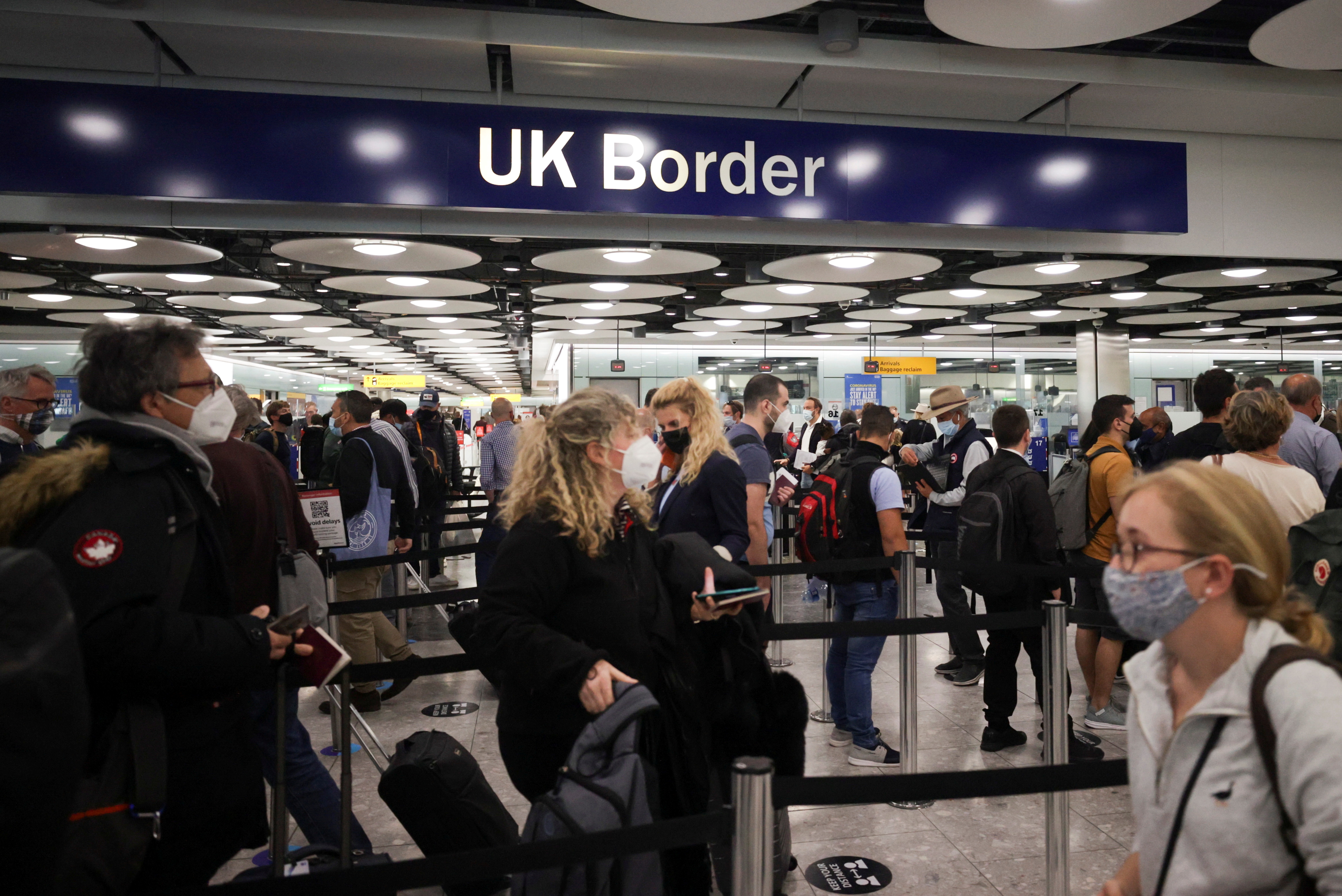 The government of Boris Johnson has finally opted for exempting travelers from quarantine with the full schedule of the coronavirus vaccine who arrive in England from the so-called amber destinations of the European Union and the United States. This is one of the great demands of the travel industry, which had demanded immediate action from the British Executive in the face of the drain on the sector, and will come into effect next Monday. As a consequence, practically the whole of the EU, including Spain, once again has the English market open with practically no restrictions. All Member States, except France, are in this intermediate category of the traffic light system governing international travel. The bet extends the prerogatives already enjoyed by residents of the United Kingdom with the full guideline, who since July 19 do not have to keep 10 days of isolation upon their return from a country in amber. The vaccination will be checked at the airport of departure, to avoid saturation in passport control in England. As well as the negative test required for travel and the proof that a PCR has been reserved for the second day on British soil, which will remain mandatory to enter the country, regardless of the category of the country of origin, despite the exemption from quarantine.

The decision means that only those from Gallic soil will have to comply with the quarantine, after, on July 16, the British Government decided to place France in a new status known as amber plus, which requires isolation, although it is fully vaccinated, due to the incidence of the beta variant – from South Africa. In its favor, France has the assumption about its imminent return to the ordinary amber list, in the face of the dire fate anticipated for Spain. According to media like The Guardian, the country could be the new addition to the amber plus level when, on August 5, the Executive undertakes the review of the system that it completes every three weeks.

The change, at the moment, is only for England, since the other territories of the United Kingdom (Scotland, Wales and Northern Ireland) have the competences in the matter, although, in general, they tend to act with one voice when it’s about international travel. The measure represents a ball of oxygen for a tourism industry, which continues as one of the unions hardest hit by the pandemic. It also opens the way for the reunion of thousands of people, as the British Transport Minister stressed this Wednesday: “We are helping those who live in Europe and the United States to reunite with their families and friends.”

The reopening of borders has deepened the existing gap in Boris Johnson’s cabinet between those who advocate extreme caution and the front that pushes to reactivate the economy. The prime minister himself has expressed concern about the risk of the United Kingdom being left behind, in a context in which Europe has opened its doors through the EU covid passport. The head of Finance, Rishi Sunak, is considered one of the great supporters of the commitment to reopen the borders to prevent London’s pole of attraction from losing to capitals such as Paris or Rome.

For this reason, the British Government will recognize the vaccination credentials of the EU and the United States, despite the suspicions generated by the North American system. Unlike the European certificate, which certifies a negative test or complete vaccination schedule with a QR code, it is based on a paper card that, according to critics, is easy to forge.