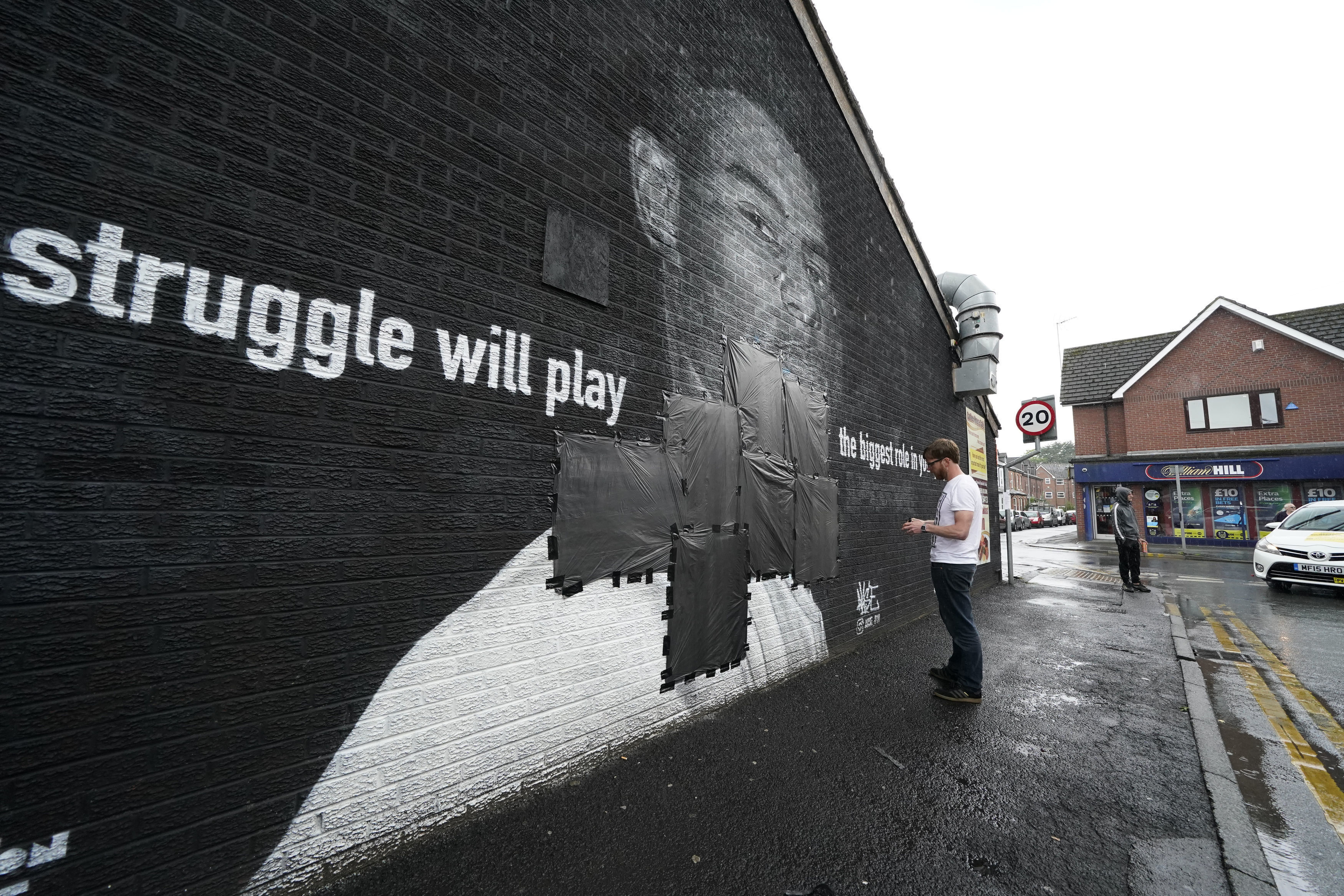 The hope of a final victory had buried the latent tension between the England national team and the most fanatical and ultra-fanatical fans. The boos of the players were never stopped when, at the beginning of each match, they put their knees to the ground in solidarity with the movement Black Lives Matter, and even members of the Government showed their rejection of what they considered a political gesture that had no place, according to them, in the world of sport. But when this Sunday three ethnic minority players failed in the penalty shootout, and Italy took the Eurocup, all the accumulated hatred exploded on social networks against Marcus Rashford, Bukayo Saka and Jadon Sancho. And the distance between a group of athletes who has tried throughout the competition to convey a message of inclusion and respect and a herd of hooligans whose Ultranationalism and xenophobia have been fueled by years of agonizing debate around Brexit.

It was, however, the Eurosceptic in chief, Boris Johnson, who was the first to firmly condemn the racist abuses. “The England team deserves to be honored as the heroes that they are, and not suffer these racist attacks on social networks,” wrote the British Prime Minister on his official Twitter account. “Those responsible for these outrageous abuses should be ashamed.” Paradoxically, it was not the British Chief Executive but the second in line to the throne, Prince William, who demanded an answer beyond condemnation. “It is totally unacceptable that players have been the victims of this heinous behavior. It must stop immediately, and those involved must shoulder their responsibilities, ”wrote the Duke of Cambridge, president of the Football Association.

The national coach, Gareth Southgate, who has defended during this time the right of players to take a public position in the face of social injustices and inequalities, described the attacks as “unforgivable” and assured: “They do not symbolize everything we defend.” “We have been a source of light that has managed to unite people, that has managed to link citizens with their team, a team that represents the whole world. That unity must be maintained ”, defended Southgate.

Both the British Government and the Football Association have tried to redirect the tension against the technological platforms responsible for social media. “They have to deal with this problem, because if they don’t, our new security law on line it will hold them accountable with fines that can reach 10% of their global profits ”, warned the British Minister of Culture and Sports, Oliver Dowden. Instagram, Facebook and Twitter have responded immediately with a firm condemnation of the racist abuses, in addition to ensuring that they had acted as quickly as possible to delete those messages. “In the last 24 hours, through an artificial intelligence system and a review carried out by our employees, we have eliminated nearly a thousand tweets, in addition to permanently suspending a group of accounts for violating our rules,” said a Twitter spokesperson.

The British clubs of two of the players (Rashford belongs to Manchester United; Saka, to Arsenal) have issued statements of support to their athletes. In Manchester, a mural that paid tribute to Rashford, born in the United Kingdom but of San Cristobal descent, has been defaced with words such as “fuck you, shit, or bastard”. Local authorities have immediately covered up the insults, and Manchester police have announced the opening of an investigation. “It is shameful behavior and it will not be tolerated. Manchester prides itself on the diversity of its community, and hate crimes are neither welcome nor welcome in this city, ”said Police Chief Paul Savill.

Marcus Rashford won the affection of a large majority of British citizens during the pandemic, for his ongoing social media campaigns on behalf of underprivileged children. He succeeded in bending the pulse of the Johnson Government and the maintenance of free food aid, through food checks, during the time the schools were closed. Although the most radical wing of the Conservative Party never forgave him for his “meddling” in the political debate, Johnson was the first to make a virtue of necessity, meet him, and embrace his cause. For this reason, this Monday, the conservative deputy Natalie Elphicke has been forced to apologize after her message on Twitter the night before: “They have lost. Would it be ungenerous to suggest that Rashford should have devoted more to perfecting his game and less to playing politics? ”Elphicke wrote.

The scandalous racist attacks have forced many politicians to take sides in the debate at full speed so as not to be exposed. “I am disgusted that the English players who have given so much for this country have been subjected to vile racist abuses on social networks,” has denounced the Minister of the Interior, Priti Patel, whose anti-immigration policies have unleashed criticism from numerous humanitarian organizations. “Sounds very good to me,” replied Labor MP David Lammy. “Better late than never. Now he also apologizes for encouraging the fans to boo the players when they kneel down [para denunciar el racismo]”.