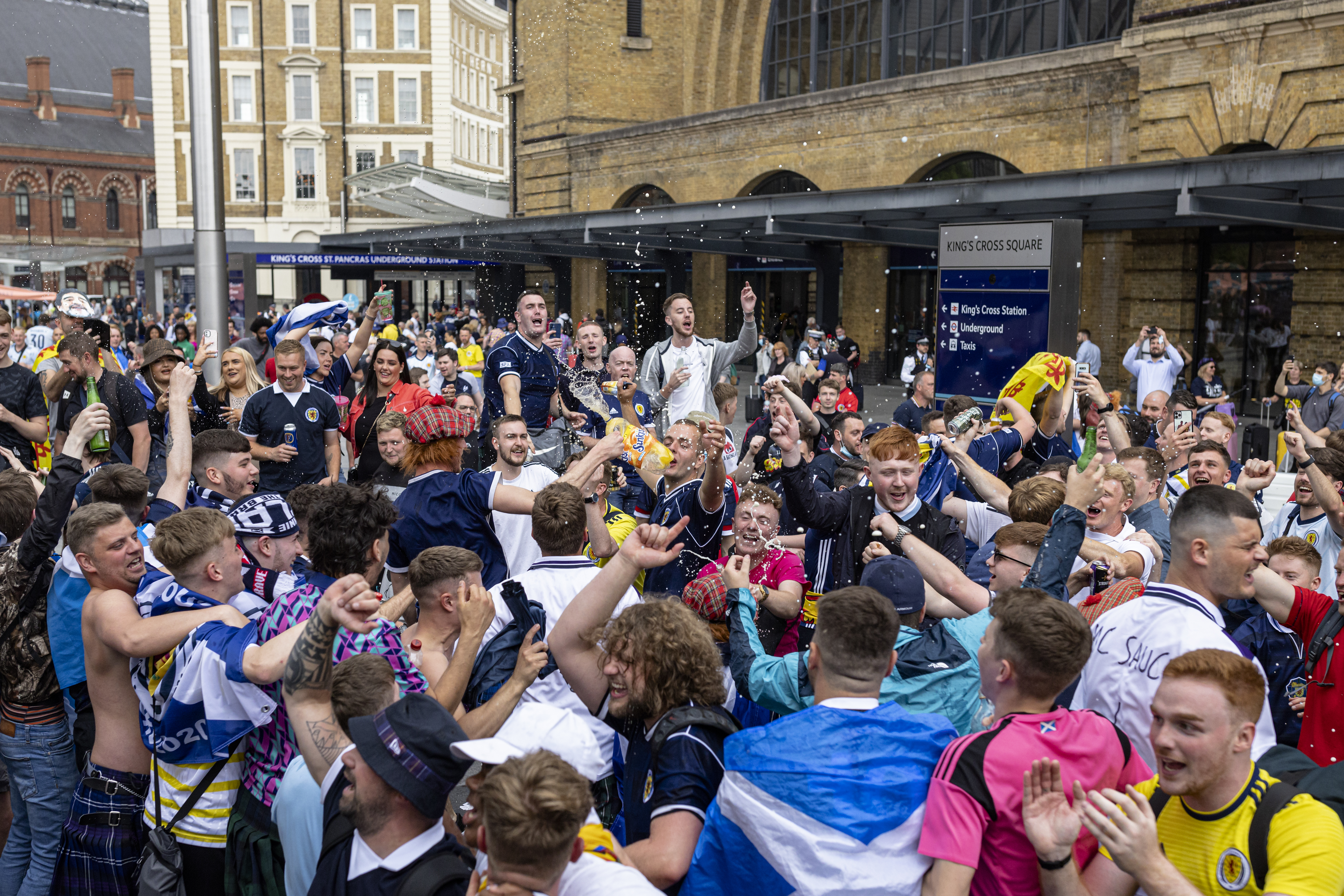 England plays under the impression that they are the host team for a scattered European Championship. Due to the calendar – if they reach the final they could play six of their seven games at Wembley – and because of the mobility restrictions due to the pandemic, which condemn visitors to see themselves almost alone in the stadium. Unless, like this Friday, the visitor is Scotland, within the limits of the United Kingdom and the territory of the Tartan Army, the tartan army, the plaid fabric with which kilts are made, the typical Scottish skirts with which you have seen one of the most traveling and characteristic hobbies since the World Cup in France 98.

The organization has only sold them 2,600 tickets out of the 22,500 available, but London Mayor Sadiq Khan has feared for days he would find more than 20,000 Scots roaming the city, under the expected heavy rain. In addition, the capital maintains capacity restrictions in pubs, and Trafalgar Square, a traditional visitor meeting area, reserved for a group of essential workers to see the meeting on a giant screen and with social distance. Khan has asked them not to come, but all the train tickets are sold.

Actually, for the tradition of the Tartan Army at Wembley, 20,000 is not that much either. “In the 1970s, 100,000 Scots could travel for that game,” says Harmish Husband, one of the spokesmen for the clubs that make up the Scottish plaid kilt army. Although he will not wear her this Friday: “Now I wear pants. My mother used to make me wear a kilt as a child and I never liked it, ”he says. In the Husbands’ home, Scotland-England is an old family tradition: “My grandfather and father first went to this match in 1946 in Hampden, with 130,000 people. My father was 13 years old and since then they have been together every two years, which is when the meeting was repeated. It then premiered at Wembley in 1957, and I was first brought to Hampden in 1966. I was eight years old and I was impressed by the crowd. We lost 4-3. This is going to be my 28th Scotland-England. I think I’ve taken it too seriously, ”he laughs.

Also Read  More than 3,500 visitors on the third day of the Valencia Boat Show by Insurnautic

This time it will be different: due to the pandemic, hardly any bus trips have been organized, something very common before, and many have decided to drive alone. Husband, a 63-year-old social worker, set out on a long journey of nearly eight hours from Ayr, 60 kilometers southwest of Glasgow, on Thursday.

He’s been very nervous for a couple of days. Some of the best memories of his life are anchored at Wembley. Like the 1977 game: “We won 2-1, and there were about 60,000 or 70,000 Scots in the stadium. After the invasion after the 1967 game, when we were the first team to beat the ’66 world champion and people took the grass to pieces, we all knew that when we finished we were also going to enter the field. There was no question. Some climbed the crossbar and it broke. The pieces were taken away and we saw him later outside the stadium. The Scots took him home on their buses, ”Husband recalls.

“The game means more to the Scots than to the English,” he says. “They underestimate us. They talk about the game being important – ‘unique’, Rashford called it – but really only talking about the next round. We only talk about losing against Germany on penalties, ”he laughs. “If only”.