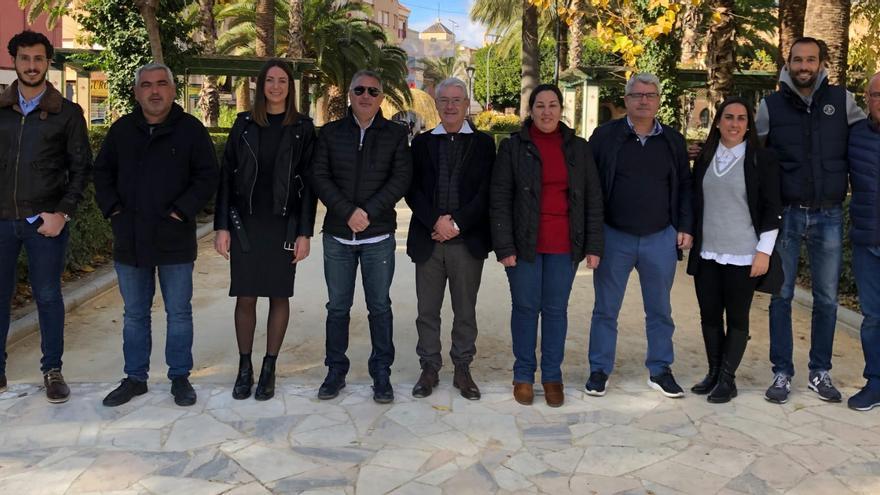 Enrique Alenda has presented the project prepared by his team of 16 festeros of all the comparsas to direct the Board of Directors of the Union of Moors and Christians Virgin of the Snows of Aspe. The elections are held next Saturday, December 18 and the project led by Alenda seeks “more dynamic and fun parties but without losing its identity and where the Central Board is everyone’s home”. The Roadmap drawn up by the candidacy covers a period of between six and eight years to take an exponential leap in the Moors and Christians festivities of Aspe.

“The only promise What we do is that if we win the elections we will have the Embassy of Juan Suárez López recovered and in August 2022 it would be represented. And later we will sign with the family an agreement to ensure in the future the use of this Embassy whenever the festivities of Aspe consider it appropriate. It should never have been lost but we do not look for guilty or look to the past. And regarding the current Embassy, ​​we will not renounce it either, but the festeros will decide which of the two declaims at all times, “explained the presidential candidate.

The list of proposals of intentions of the team that holds the leadership of the Moors and Christians of Aspe is much longer and it intends to extend the festivities one day so that they are no longer celebrated. from August 6 to 11 instead of August 7 to 11. They will also encourage the registration of young people to the celebration and promote the creation of new groups. The institutional relations and it will be negotiated with the City Council to expand the economic amount of the current agreement. They will ask the UNDEF that the 2028 national assembly be held in Aspe for that year the 50th anniversary of the celebration. And it is precisely with that intention that they want to open a “piggy bank” from next year to raise funds to pay for the extraordinary celebration of the anniversary. In addition, Alenda suggests celebrating the Reunion Day, recover the Humorous Embassy and change the itinerary of the parades depending on what the majority of the festeros decides. According to the Half party proposes to develop it on two Saturdays with sports and recreational activities and that a neighborhood of the town is dedicated to Moros y Cristianos giving the name of the eight comparsas to eight streets of the same. Another idea that he wants to implement is the Festero of the Year Award, which will be voted on by those attending the annual ordinary assembly of the Union of Moors and Christians Virgen de las Nieves. But of all the proposals the most innovative and ambitious is that of the alternative income management project through an external company that has the endorsement of Fernando Bottle Anton, the aspense international expert in personal and professional leadership and business management. “We would like to start it up in the summer of 2022, although it is difficult for us due to the delay in the elections. In any case, in 2023 we expect income of several thousand euros with the help of this external company that will provide us with that extra money input. to help the kings and sultans of 2023. All of them will receive a individual and personal financial aid. In 2024 and 2025 this aid will be extended to all captains and flag bearers of all troupes and in 2025 and 2026 we will extend financial assistance to all troupes that have reign and sultanate. ”

The aspiring to preside over the Aspe festive entity has asked the festeros that next Saturday, December 18, come to vote en masse to show that the Aspe party is more alive than ever. “You have to open the windows in this house to let in new air”, Enrique Alenda has finally pointed out.