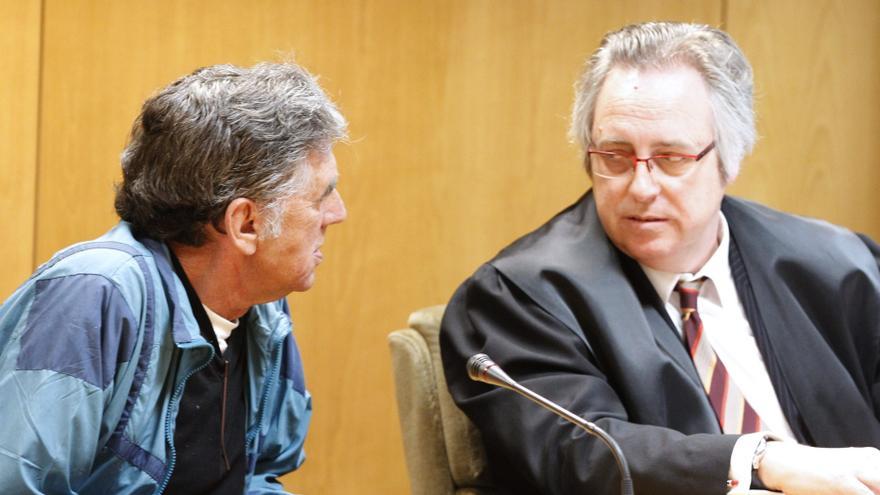 Enrique Olivares García, who in 2014 was convicted after assaulting the home of the former treasurer of the PP Luis Barcenas posing as a priest, he died this Saturday, according to ‘El Día digital’ and sources from his environment have confirmed to Efe.

Olivares was in the third degree prison, under article 86.4 of the Penitentiary Regulations, thanks to which he could spend the night at his home as long as he accepted that his movements be controlled by telematic devices.

In 2014 was sentenced to 22 years in prison for holding the Bárcenas family a year earlier, tie their hands with cable ties and threaten them to hand over all the “pen drives” and the information related to the process of the former treasurer to “end the government of the nation”.

To enter the home, he pretended to be a priest who came from the Bishopric to speak about the freedom of Bárcenas -at that time in preventive detention after his fortune had surfaced in Switzerland-; Twenty minutes later, he said “The theater is over!” He took out a revolver and pointed a gun at the ex-treasurer’s wife, her son and the maid, as the court declared proven.

In October 2020, the false priest was summoned to testify as a possible accomplice in crimes of bribery and embezzlement in the caso Kitchen, lA piece of the Villarejo case in which an alleged espionage operation sponsored by the Ministry of the Interior is investigated at the time of Jorge Fernández Díaz, who is being prosecuted for these events.

However, the forensic doctor who examined him before he appeared determined that he was not in a position to testify before the magistrate of the National High Court. Manuel Garcia Castellon, so his interrogation was suspended.

The judge was trying to find out if he was part of the Kitchen operation, which led him in January 2019 to request information about the list of visits and calls he received in prison, and on the identity of the people who had made some deposit in the accounts of peculio (deposit of money with which an inmate in prison has), as stated in the summary of the case.

Moreover, that 2013 episode was the subject of some interrogations in the context of the case. One of the defendants who was asked about these events was former commissioner Enrique García Castaño -considered a collaborator of José Villarejo in his espionage business-, who referred to the episode as “an Alfredo Landa movie”, something “insane”, a “circus” and a “botched job”.

The judge expressed his suspicions about that episode, which coincided in time with the Kitchen operation, and caused “many police officers” to be at the family’s home “for many hours”.

García Castaño said that “things are not done that way” and assured that he “would never do such a fudge”: “If someone has done that, they don’t go with me, I have nothing to do with it, nor do I know anything about anything.”