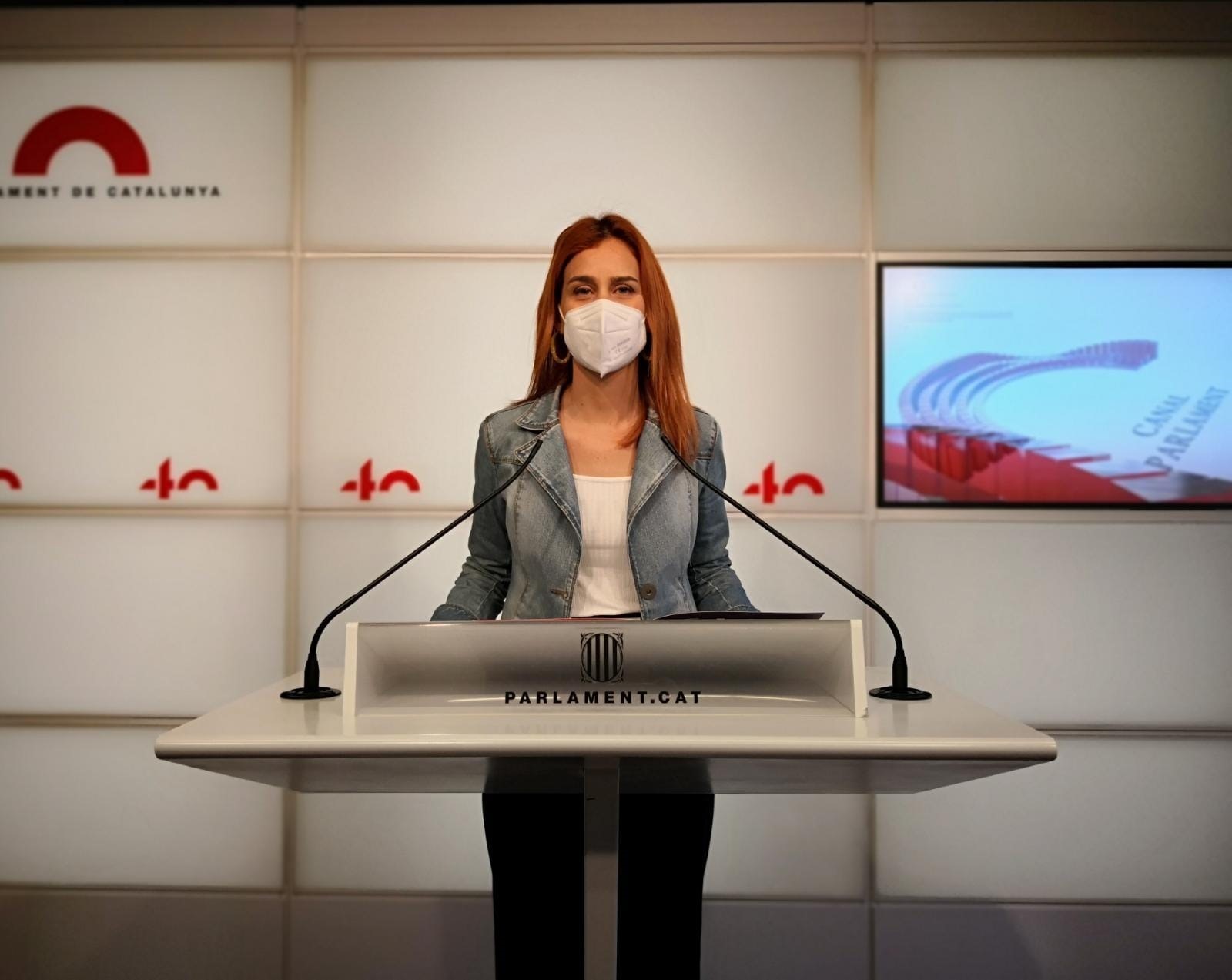 Esquerra Republicana insists that its proposal for a solo Executive is serious and this Monday its spokesperson, Marta Vilalta, has closed the possibility of continuing to negotiate with Junts per Catalunya a coalition Executive before May 26, the deadline for avoid electoral repetition. The conversations with those of Carles Puigdemont will continue, Vilalta has insisted, but to agree on an investiture and, later, to try to get Junts to enter the Executive. “We feel deeply disappointed and cheated,” said the ERC deputy, regarding the way the more than 80 days of negotiations with her current acting Government partners have gone. The commons, for their part, have insisted that they want to enter the eventual ERC Executive (something that the Republicans discard) and have asked the Junts and the PSC for responsibility to avoid new elections.

“We are not facing any tactical move,” Vilalta assured when asked about the possibility of resuming negotiations with Junts. Republicans insist that although there is almost complete agreement on the roadmap of the future Executive, those of Puigdemont want to impose “tutelage” on them through the Consell de la República, the body that would be in charge of coordinating the independence movement. Jordi Sànchez, general secretary of Junts, has denied this point in an interview with Catalunya Ràdio and has said that although this collegiate body would bring together the different voices of the independence movement, the decisions would have to be made by consensus, so there would be no imposition whatsoever. .

The Consell for the Republic, the body piloted from Brussels by Puigdemont and the former councilor Toni Comín, both wanted by the Spanish justice system, has once again wanted to distance itself from the controversy. The entity has explained in a statement that its function “is not, nor does it pretend to be, to protect the presidency of the Generalitat or the autonomous governments.” Its spokesman, singer Lluís Llach, explained at a press conference that they do not accept ERC’s accusation that they want to subject the sovereignty of the Generalitat to external control. Llach recalled that the Consell was created by the Junts and the ERC in 2018, and that the Republicans are also part of it. “It is false that we are part of a Junts strategy,” he said.

Also Read  The judges force Education to pay the practices of more than 10,000 temporary teachers in Alicante

Sànchez, however, has once again given a twist to the conditions to support that eventual ERC government alone. The negotiator now says that he will only lend four of his votes (which would allow the simple majority to give the investiture to Pere Aragonès) if both the CUP and the commons enter the new Executive. Until now he had implied that it was enough to support the investiture. The number two de Junts has accused Aragonès of putting the legislature “at the foot of the abyss” with his demands to be able to have a solo Executive. ERC only has 33 seats out of a total of 135.

The commons have also moved token, although from the outset they put a condition that ERC rejects. Jessica Albiach, its leader, has celebrated this Monday that Esquerra has “emancipated” himself from Junts per Catalunya, after the Republicans ended the negotiations with his partner, and has openly offered to enter the Government. “A stronger Executive with 41 or 50 deputies is much better,” said Albiach, who in this case has added the CUP deputies while asking the Junts and PSC to facilitate the investiture.

In some statements in La 1, the leader of the commons recalled that for months they have raised the need for a left-wing coalition to govern in Catalonia that reflects the parliamentary majority (83 deputies out of 135) in the Chamber. Albiach has asked the leader of Carles Puigdemont’s party to keep his word, but he was very clear when asked if the votes should come from the Socialist bench to guarantee the investiture. “I think we should aspire to be put by the Junts or by the PSC or all those forces responsible for the situation we have right now,” he said. “I would like Jordi Sànchez to keep his word, but neither should anyone put themselves in profile before a possible electoral repetition. It is an insult to go to an electoral replay. Nobody should put themselves in profile, much less the PSC ”.

We have to aspire that the votes are put by the Junts, PSC or the responsible forces. Repeating elections would be an insult “

Joan Mena, party spokesman, has stated that his formation wants to promote a discreet negotiation and close it in 48 hours on the basis of four ideas: shield and expand public services; commitment to dialogue to overcome the political conflict; economic reactivation, and a clear commitment to an ecological transition. “Opportunity comes when it comes. And we will put all the collective intelligence, “he said. The spokesperson has not clarified whether they will invest Aragonès in the event that they do not enter the Government, but he has insisted that they want an Executive that does not depend on the Junts. For this reason, he has urged the socialists to get involved. “We do not understand that the PSC does not help a change of stage,” he said. “We ask you to help in this change of stage and put an end to this blockage and paralysis.”

The Consell Nacional de Catalunya en Comú approved in February a resolution in which it was in favor of forming a coalition Executive with ERC with the external support of the PSC. The socialist leader, Salvador Illa, rejected the proposal outright and recalled that he won the elections. His plan is just the other way around: to govern with the parliamentary support of the Republicans. The PSC spokeswoman in Parliament, Alícia Romero, has spoken this Monday in this regard. “If they want a leftist and progressive government, Illa won in that bloc. I do not understand this complex that the commons have ”. Mena has recognized the legitimacy of the Socialists as winners of 14-F but has specified that whoever reaches majorities governs and not who wins. “I wonder what the PSC has done to get this progressive agreement,” he said. ERC and PSC veto each other although Carmen Calvo, vice president of the Government, praised ERC on Saturday and rejected an electoral repetition.

The CUP is trying to sidestep, at least in public, the rupture between Esquerra and Junts, but it wanted to emphasize this morning in a statement its support for a new referendum on self-determination after the victory of the independentists in Scotland. “It is necessary for the Catalan independence movement to look at Scotland and the international community and not at the dialogue table,” he said, stating that the only government movements are those of “repression.” “It is necessary to work to synchronize the timing of a new referendum with the Scottish people in order to force a debate on the right of self-determination on a European scale.” The CUP maintains that the issue is back on the table in the United Kingdom by democratic mandate in contrast to what happens in Catalonia where, after “14 electoral processes” with majorities in favor of the referendum, there is “a government in prison and in exile and 3,300 people retaliated “. The CUP signed a preliminary agreement with ERC giving two years of margin to the dialogue table but has never believed in it. And he does propose that in 2023 he promote a route preferably “in the form of a referendum.”