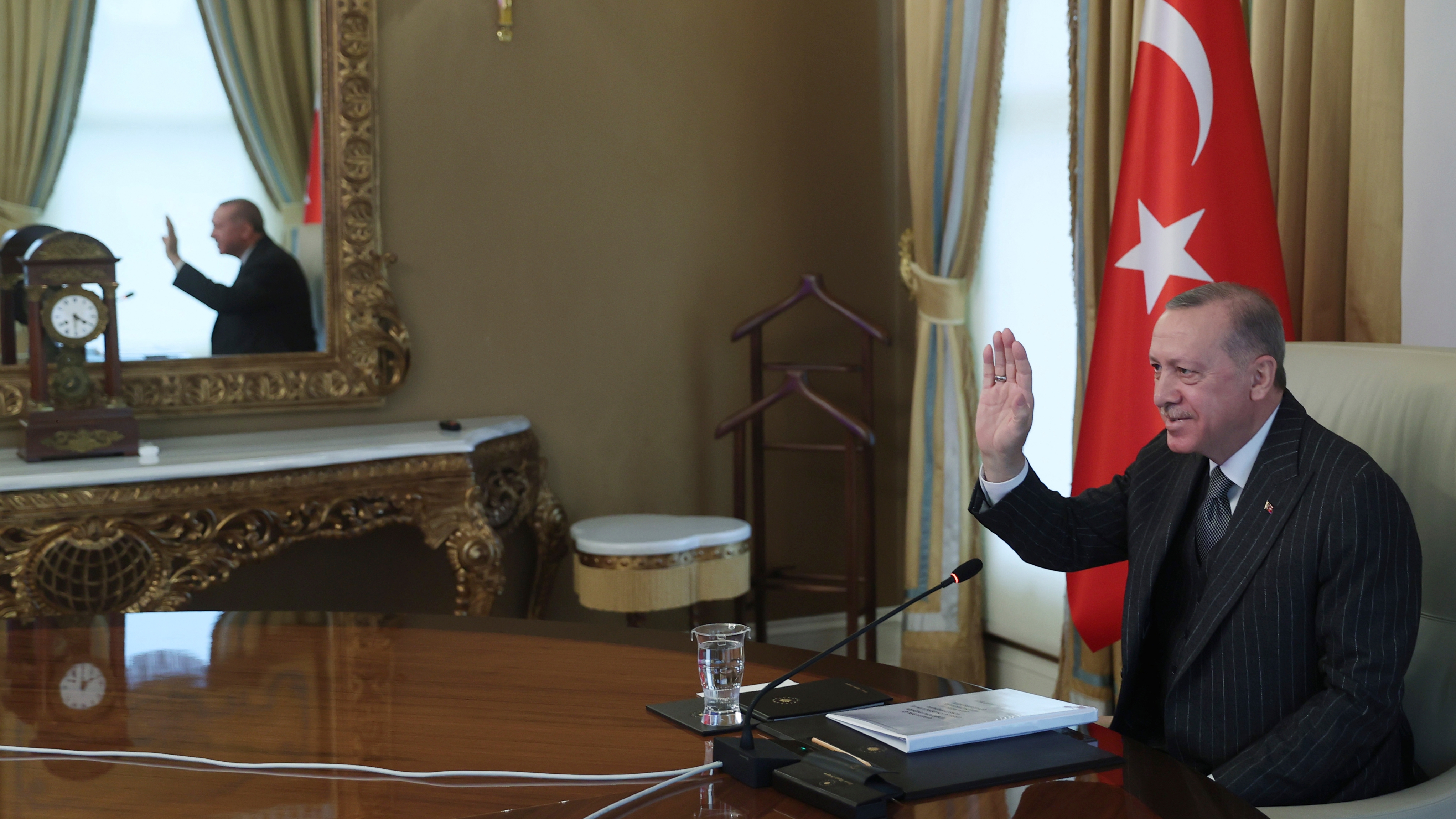 With total nighttime, in a decree approved last morning, the President of Turkey, Recep Tayyip Erdogan, withdrew his country from the Council of Europe Convention for the prevention of Violence against Women and Domestic Violence, better known as the Istanbul Convention, as it was signed in the Turkish city in 2011. It was the first binding international document of its kind that created a common legal framework to prevent and combat this type of violence. Erdogan was then prime minister and he hosted that meeting and, in fact, Turkey was the first country to sign it. With this turn, it has just become the first country to abandon it, although others such as Hungary or Poland have tried it as well.

“Violence against women and domestic violence represents in Europe one of the most serious violations of the rights of the person based on gender, and remains buried in a blanket of silence”, states the agreement. The objective of the agreement, which was negotiated for more than a year and a half and to which countries are adapting to droppers and ups and downs, is to end all forms of violence against women, from partner assaults, genital mutilation, forced marriages, honor killings or sexual violence. All the signatories promised to adapt their regulations and laws to incorporate prevention and education measures and also to offer financial assistance to organizations that combat sexist violence.

Turkey’s withdrawal “is very sad news,” said Council of Europe Secretary General Marija Pejčinović Burić. The convention covers 34 European countries and is considered “the gold standard in international efforts to protect women and girls from the violence they suffer daily in our societies.” The withdrawal, according to the secretary general, “represents a major setback for this fight and is even more reprehensible because it threatens the protection of women in Turkey throughout Europe and beyond.”

Last year, ultra-conservative sectors began to propose to get out of this treaty, arguing that its ultimate goal is to “end the traditional family” since, in some of its articles, it speaks of “cohabiting people” and of “sexual orientation” instead of marriage and relationships between men and women. Erdogan said he would do so if the population demanded it, although polls show that the majority of Turks either oppose breaking the agreement or do not know what it is about. Debates about the exit were put on hold after the president’s wife, Emine Erdogan, and his daughter, Sümeyye Erdogan Bayraktar – vice president of a conservative women’s association – defended him. Several deputies of the Justice and Development Party (AKP), chaired by Erdogan, also spoke out against abandoning the treaty.

The feminist and women’s movements organized numerous demonstrations demanding not only that the convention not be broken but that it actually be applied since they attribute the increasing number of women killed in Turkey (more than 400 a year since 2018) to the lack of measures and the Government policies and statements. The Turkish president, in fact, has said on several occasions that he does not believe in equality between men and women.

Finally, Erdogan has carried out what he promised in what appears to be a measure designed to satisfy the religious congregations and the more Islamist factions of his party. The Minister of Family, Labor and Social Affairs, Zehra Zümrüt Selçuk, has taken the issue away and has ensured that women’s rights are still protected by domestic law: “We will continue our policy of ‘zero tolerance’ towards violence.”

Also Read  Migraine: How to know what is coming, how to recognize the causes and how to treat it

The agreement contemplates the performance of an independent group of experts, El Grevio, in charge of examining whether the countries that have ratified the document fulfill their commitments. In his 2018 report on Turkey, He criticized that different measures of his government, from the antiterrorist measures to the massive dismissal of public officials after the failed coup d’état “do not facilitate the right of women to live a life free of violence.” The specialists delved into the lack of judicial data on investigations, prosecutions and convictions of the aggressors, a “serious obstacle” to controlling and supervising the application of the laws.

The exit from the agreement against sexist violence has put the main opposition party, the social democratic CHP, on the warpath, which has called an emergency meeting of its leadership, and the feminist movements, which have called demonstrations for this Saturday. “We are not worried, you will see that we will regain our rights that have been usurped with a midnight operation,” criticized the provincial leader of the CHP in Istanbul, Canan Kaftancioglu, an active defender of women’s rights and a rising political leader. who faces several years in jail for his tweets.

“There is not a day that passes without women being killed or subjected to violence, and while we wait for the State to take measures to prevent these murders and this violence (…) what it does is encourage the murderers of women, the abusers and rapists ”, denounced the Turkish Women’s Coalition in a statement.

Both this coalition of associations and the Istanbul Bar Association have said that the president does not have the capacity to withdraw from an international treaty through a decree-law, although in 2018 Erdogan himself approved a legal reform to grant himself that power, although not it is clear if it can do so in matters that affect basic rights. Erdogan’s decision “violates the Constitution and international human rights laws” and is “a clear abuse of power,” underlines the statement from the Women’s Coalition.

Sergei Lagodinsky, green MEP and involved in the negotiations with Ankara, denounced that in the last 24 hours “Turkey has run away from common positions with the EU”, referring to the withdrawal of the Istanbul Convention and the start of the process of outlawing the main Kurdish party in the country. In addition, he called it a “provocation” before the European Council in which it was to be debated whether sanctions are imposed on Turkey or a normalization process begins.