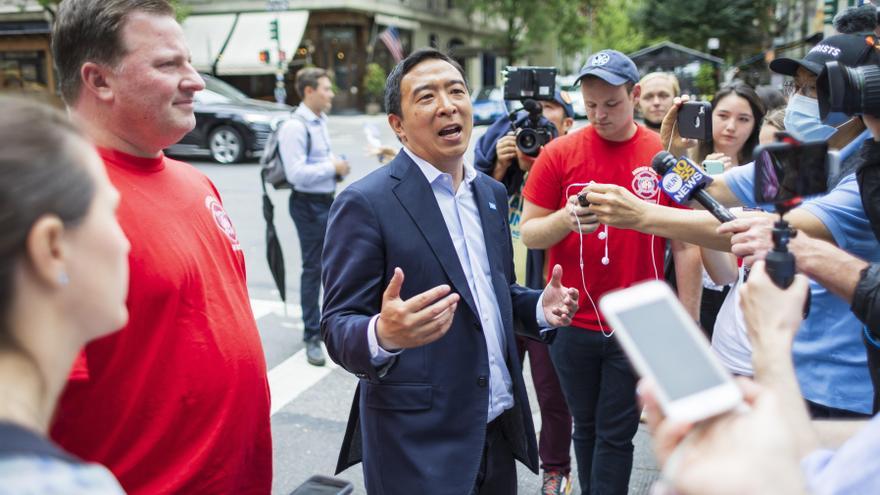 The President of the New York borough of Brooklyn, Eric Adams, took a giant step to become the Democratic Party candidate for Mayor of New York after being the most voted candidate as the first option in the primary elections held this Tuesday, which launched a multi-election system. With 75% of the ballots counted, former cop Adams leads the count after 30.9% of Democratic voters have chosen him as the preferred candidate, under the new system whereby voters could choose up to five candidates per order of preference, several local media reported.

In second place is Maya Wiley (21.3%), former adviser to current Mayor Bill de Blasio, and candidate of the most progressive wing of the Democratic Party, closely followed by the former director of the Department of Sanitation, Kathryn García (20.6 %). In theory, both still have a chance to win the ballot if they have been chosen as second choice many more times than Adams.

With the new system, as no applicant has obtained more than 50% of the support, now it is due eliminate the person with the least support -in this case the unknown Isaac Wright- and then they must distribute your votes between the rest of the opponents. And so it continues successively until one of the contestants adds more than half of the support. However, the process of eliminating candidates will not be activated until June 29 and the Electoral Board has warned that the final results may not be known until July 12.

The businessman, Andrew Yang, who the polls placed behind Adams, has been in fourth place and already with almost no chance of achieving victory. Yang and Garcia allied in the final stretch of the campaign, so if one of the two is eliminated, the other could benefit from being chosen by voters as a second option.

At Adams headquarters, set up in a Brooklyn nightclub, his spokesperson Evan Thies pointed out to EFE that although with this system, the person most chosen as the first option has a 96% options to prevail as a winner, it’s time to wait. Much less cautious was the councilor of Latino origin Ydanis Rodríguez, who has supported Adams throughout the campaign. “All the polls in this city have indicated that Eric Adams will be the next mayor. He has created the largest coalition,” Rodríguez told EFE before stressing that it is an honor for him to be part of a “winning team.”

For the Republican Party, where only two opponents appeared, it has clearly been imposed Curtis Sliwa, the father of the Guardian Angels urban patrols in front of Fernando Mateo, director and founder of the New York Taxi Drivers Federation. Silwa will face the Democratic candidate in the elections scheduled for November, which all pools indicate that they will lean in favor of the Democratic Party, given the weight of the progressive electorate in the city.