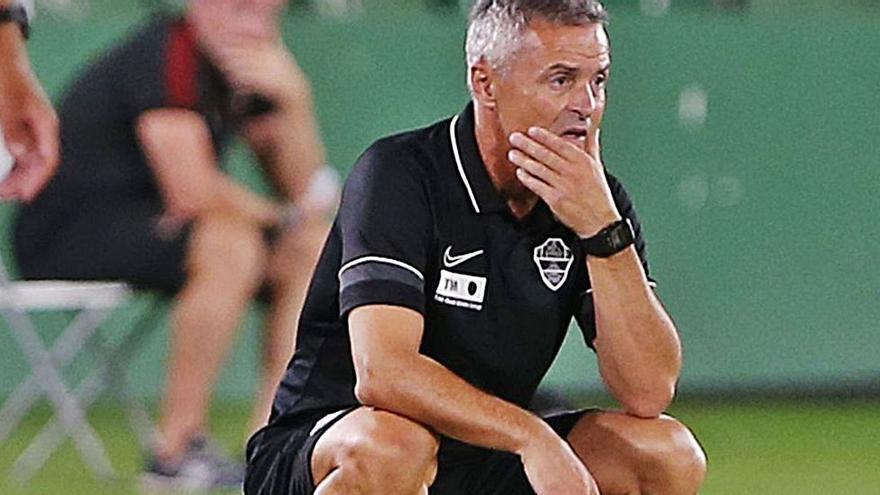 The first thing the Valencian coach has done is “apologize “for” the ways“, not because of the content of his criticism of Referee of last Wednesday’s match against Villarreal, Muñiz Ruiz, whom he accused of having acted in “bad faith” in the play that He did not want to expel the left side of the yellow submarine Pedraza, in minute 38, with a 1-1 tie on the scoreboard.

“I said it right after the match, when we are very hot. I still think that it was a serious mistake and I keep it, but if I said any expression that could be disrespectful, I apologize, because there is my career and I have never disrespected anyone“commented the franjiverde coach.

Escribá has influenced that “It is one thing if I expressed it in a bad way and the phrase was wrong, but I still think it was a mistake. We are a club and an exemplary squadr. I do not want that sentence to generate a sanction and I hope I do not make that mistake of expressing myself badly. Coaches are an example for the players and for the young people and we don’t have to act like that. I am not happy with the way I express myself because it is not my way of acting and the referees know it“.

Write trust that “there is no penalty” and if there is “we will see what it is based on and we will act and appeal”. “Just as in ordinary justice recidivism and mitigating them are taken into account. The referee was wrong, just as we were all wrong and if I said something that has bothered him, I apologize, because I never wanted to disrespect”, he has returned to influence.

The Elche coach also wanted to make it clear that his intention, at no time, was not to raise his voice to try to see himself benefited in future matches. “There is my trajectory and I have always been respectful with the referees. I did not do it thinking to see if they benefit me in other games. I hope that everything remains an anecdote and that this same referee will whistle us again.”

When asked that this Sunday, against Real Sociedad, they will be arbitrated by the cantrabro Córdero Vega, that last season, also at the Real Arena they He expelled Raúl Guti after ten minutes and that in the match of the first day he annulled a very doubtful goal for offside against Fidel and did not signal a penalty for pushing Gonzalo Verdú, has commented that “I did not know. Obviously I know the referee who touches us, but did not relate or know that he had already whistled us.”

Fran Escribá’s press conference has been focused on the referees and the clash against Real has been in the background. However, he assured that they face the match in San Sebastián “with the idea of be brave and play as a team, as we did during the first half at Villarreal. La Real has players who have been in their squad for many years and who have been continuously performing well. They won the Cup, they are playing in Europe and their goal is clearly to qualify for the European competition. It is a team that plays football well. He is not a constant fighter and he has a good handling of the ball. ”

The Valencian coach hopes to maintain the level shown in the first 45 at the La Cerámica stadium: “We want our line to be that of Villarreal’s first half. Every time we steal, fast forward. We will try to do it this time throughout the match. Our idea is to attack. La Real is a team that has the ball and we will try to take it from them and not have it continuously. ”

Escribá has not wanted to reveal the line-up, but has acknowledged that “there will be changes” with respect to the meeting last Wednesday. “There will be variations to refresh the team, there are players with discomfort and if we have a better squad we have to take advantage of it for these weeks with three games.”